Cognitive behavioural therapy is an officially recommended treatment, but is available to less than 10% of patients in the UK with schizophrenia.

A study published in the Lancet indicates CBT could help the many who refuse antipsychotic medication. Experts say larger trials are needed.

But the drugs do not work for the majority and they cause side-effects such as type 2 diabetes and weight gain.

Up to half of patients with schizophrenia end up not taking the drugs.

The study looked at cognitive behaviour therapy in 74 people.

The therapy works by identifying an individual patient’s problem - such as hearing voices, paranoid thinking or no longer going out of the house - and developing techniques to deal with them.
Continue reading the main story
“Start Quote

Prof Tony Morrison, director of the psychosis research unit at Greater Manchester West Mental Health Foundation Trust, said: “We found cognitive behavioural therapy did reduce symptoms and it also improved personal and social function and we demonstrated very comprehensively it is a safe and effective therapy.”

It worked in 46% of patients, approximately the same as for antipsychotics - although a head-to-head study directly comparing the two therapies has not been made. 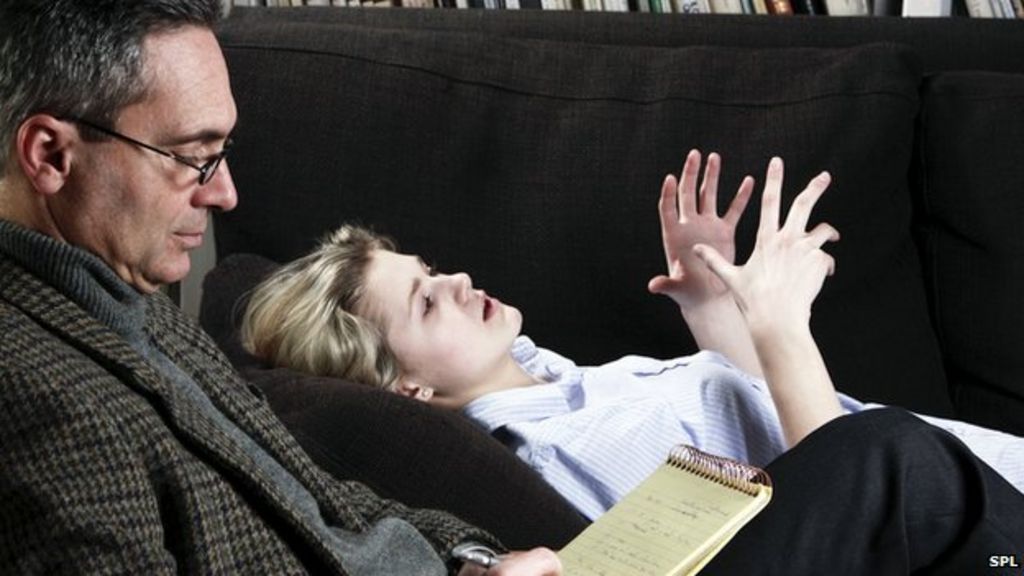 Changing the way people think about and deal with schizophrenia could be as effective as drugs treatments, researchers say.

Some men you can’t reach them so. You get what we got to day pill open pills for backup. I thank you for posting this both are needed but remember the pozboDr don’t cure anyone.

I can’t imagine CBT could do anything at all for someone who is psychotic. And really, if people are going to refuse medication will they even give CBT a shot?

Yeah. I am somewhat critical of talk therapy. I know that while I am in a group session I feel better, but when I go home it’s just the same old voice hearing.

There is use for talk therapy but for those of us who have intrusive and negative voices there’s very little that talking can do to change things.

But the drugs do not work for the majority and they cause side-effects such as type 2 diabetes and weight gain.

Up to half of patients with schizophrenia end up not taking the drugs.

If you don’t take them, they definitely won’t work.

Awesome! I say this because I’m actually starting clozapine next week. In the world of psychotic medication, 60% are good odds. Hope it works for me.

I doubt those who are the most severely ill but don’t accept/recognise they are,those with anosognosia, will readily engage with any treatment be it medication or talk therapy.

The trial reports that:

However:
Can we be sure that the trial results represent more than just natural fluctuation?

I have actually seen a news report about this a few weeks ago and it said that talking therapy offers little to no help with schizophrenic patients.
It didn’t help me, it felt like it just went right through the other ear when they spoke to me.
Talking on here is a bit helpful to me though and also my book i have which I write down thoughts,hallucinations etc,feels like getting a weight of my chest and feeling less abnormal I guess

Thanks for that post, Cheeky. I sorta feel as if it wouldn’t help me, but it might help others. I have a pretty bad case of hearing voices, as medicine cannot control the voice content or nature. As my voice cannot be controlled, no person in the world can talk him out of speaking or refraining from certain comments he makes. There is simply no controlling it.

It hasn’t helped the voices stop or anything or the nature I mean it makes me feel better, more calmer and more peacefully minded but sometimes psychotic when writing in the book because I can’t control obviously when my voices talk and they have when I’ve Been writing in my book before and when I have took certain drugs before in the past because of my schizophrenia I need to know when to stop.
I thought 2 people were next to me in hoods,2 of my voices and I was calling them my ‘homeboys’ and they were cracking jokes about things and making me laugh and some dark humoured jokes, then one of them was trying to get me to do something bad and one of the voices got worried so I was like gosh I gotta stop now before we all get in trouble, I could of caused who knows what if I didn’t stop then, then I turned into this pirate called ‘one eyes bill’ and in my had appeared a gun&the other a grenade, it was soo much fun tbh but was really strange… Then the stuff turned into a toy soldier and a toy grenade…
It was only butane what I was taking but I feel the reason drugs like that would effect my schizophrenia highly is because it makes my self control go down the drain and overpowers my mind strangely.
I have had psychotic episodes many times before, once I had a really high one infront of my friend and I didn’t even know what happened and was worried and confused because after a psychotic episode I sometimes feel very light headed and even forget what happened… Very scared I would say.
Have you ever had a psychotic episode and not remembered what happened but know you’ve had one from what people have said and the lightheadness and the little glimpse of what happened that you only remember? @andypr

I don’t know anything about talk therapy but I’m thinking that the balance between the therapists talking and the patient should tend more towards the patient. Meaning the patient should be doing most of the talking not sitting there listening to the therapist talk. The ability to talk through things can be beneficial in helping to put things into perspective but if it’s just listening to a therapist talk then I don’t see much benefit in that. Is that how talk therapy works?

Saying that therapy is as effective as medication is a misnomer. Therapy can also be harmful if the person doesn’t know what they are talking about. I’ve had a couple good therapists.

My last therapist used CBT on me extensively - I was not so well so it did not work on me as much. You cannot be psychotic or even a little bit psychotic when undergoing CBT, it wont work period.
Im doing better now in some areas, but my current therpist is not into much CBT, she is using supportive therapy primarily with some CBT - this works better for me. CBT requires rational thought, something I dont always have.
But CBT does help when I am lucid - if even a touch of psychosis is present, like when my judgement or thinking is impaired, CBT goes out the window.

The best benefit is learning to be your own advocate in all situations, even every day life along with vocalizing what you need to your doctor/psychiatrist. Also, learning to keep notes on your moods, creative visualization, and backup plans if you ever feel ill or suicidal. Those are all great things I learned over time with a couple therapists. I have also had therapists encourage me to start working or finish college. But I have had a few who thought there was nothing wrong with me, and fed into my delusions by going along with my idea of stopping medication. That can be damaging–especially my most recent 2 weeks with a therapist who claimed I could cure my illness through homeopathic or natural means.

Here is a copy of the pdf for the trial.

I agree with that,CBT can really anger me since I can be quite psychotic daily,I don’t think it would really work on me. @Wave