Which type of cell phone do you own?

I currently own an iPhone 6 but I may either switch to an iPhone 6S or SE.
I was also looking at the Moto G5 Plus Android.

I currently own an iPhone 6 but I may either switch to an iPhone 6S or SE.
I was also looking at the Moto G5 Plus Android.

The iPhone SE line is being discontinued and the 6 & 6S will rarely be able to run iOS 12 this September. iPhones are priced at a premium. I’d get an Android, in particular a Samsung Galaxy Note 9 when it is released.

My phone is paid for by work and we don’t buy iPhones. I had a G5plus and I loved it but it got stolen.

Will the SE and 6 models have a hard time with IOS 12?

Please explain it to me.

Thanks for including flip phone @Wave

I have an iPhone 4 (antique, I know), but I want to replace it, preferably with an android. Samsung would be great if I could afford it. I would buy a used one.

I have this one 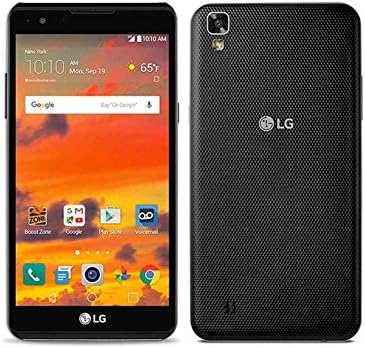 Equipped with Android 6.0 Marshmallow and a high performance 1.8GHz Octa-Core Processor, the LG X power is one of LG’s mightiest phones yet. With an ultra slim curved design and brilliant 5.3” HD Disp ...

And it does everything I need. No slowness. Huge battery that lasts all day. The camera is really bad though.

Mine isn’t locked to any carrier though like the one I’ve linked above.

The SE will be discontinued @shenzhixian?

Will the SE and 6 models have a hard time with IOS 12?

Please explain it to me.

I heard that IOS 12 will make the older phones like the 6 and 6S run faster.
But I don’t know how accurate that is.

As an apple user, android all the way.

That’s what I heard too.

I heard that IOS 12 will make the older phones like the 6 and 6S run faster.
But I don’t know how accurate that is.

At Apple’s WWDC conference in the beginning of June, there will be new apps built into iOS 12 such as screentime and some app time or whatever. iOS 12 will be coded more securely and reliably but as for running faster it would depend on which A series chip your iPhone has.

There is only so much that software can do but really its the hardware that determines how fast an operating system runs.

I don’t like Apple. I don’t feel the need to have the latest and greatest technology. I own an okay phone, but I’d never spend hundreds and hundreds on a phone, so no iPhones for me. Samsung Galaxy S series are out for me, too.

Same here where I have a home phone and Surface Pro. But one day I will need a smartphone.

I’m scared not to have a smart phone. I figure that if someone cuts our home line, I will have a way to contact the police anyways. Likewise, I need a home phone in case the bad guys use a signal disruptor or something to keep me from sending calls on my cell. I always hope that they won’t think to do both. (No one tell me otherwise, please. I have to sleep at night, ya know?) I would be scared to go out without my cell. Also, I’d be lost without its GPS.

Y do ppl know so much about phones