House Republicans who last year made good on longstanding promises to overhaul the mental health system could roll back coverage for millions of people with mental illness and addiction problems by overhauling Medicaid as part of an Obamacare repeal package.

Legislation being marked up Wednesday would phase out Obamacare’s Medicaid expansion, which covers 1.2 million Americans with serious mental illness and substance abuse problems, as well as scrap baseline coverage requirements. The change means certain beneficiaries would no longer get coverage for mental health and substance abuse treatments guaranteed under the Affordable Care Act.

“We are really worried about its implications for people living with mental illness and addiction issues,” said Chuck Ingoglia, senior vice president of public policy at the National Council for Behavioral Health. 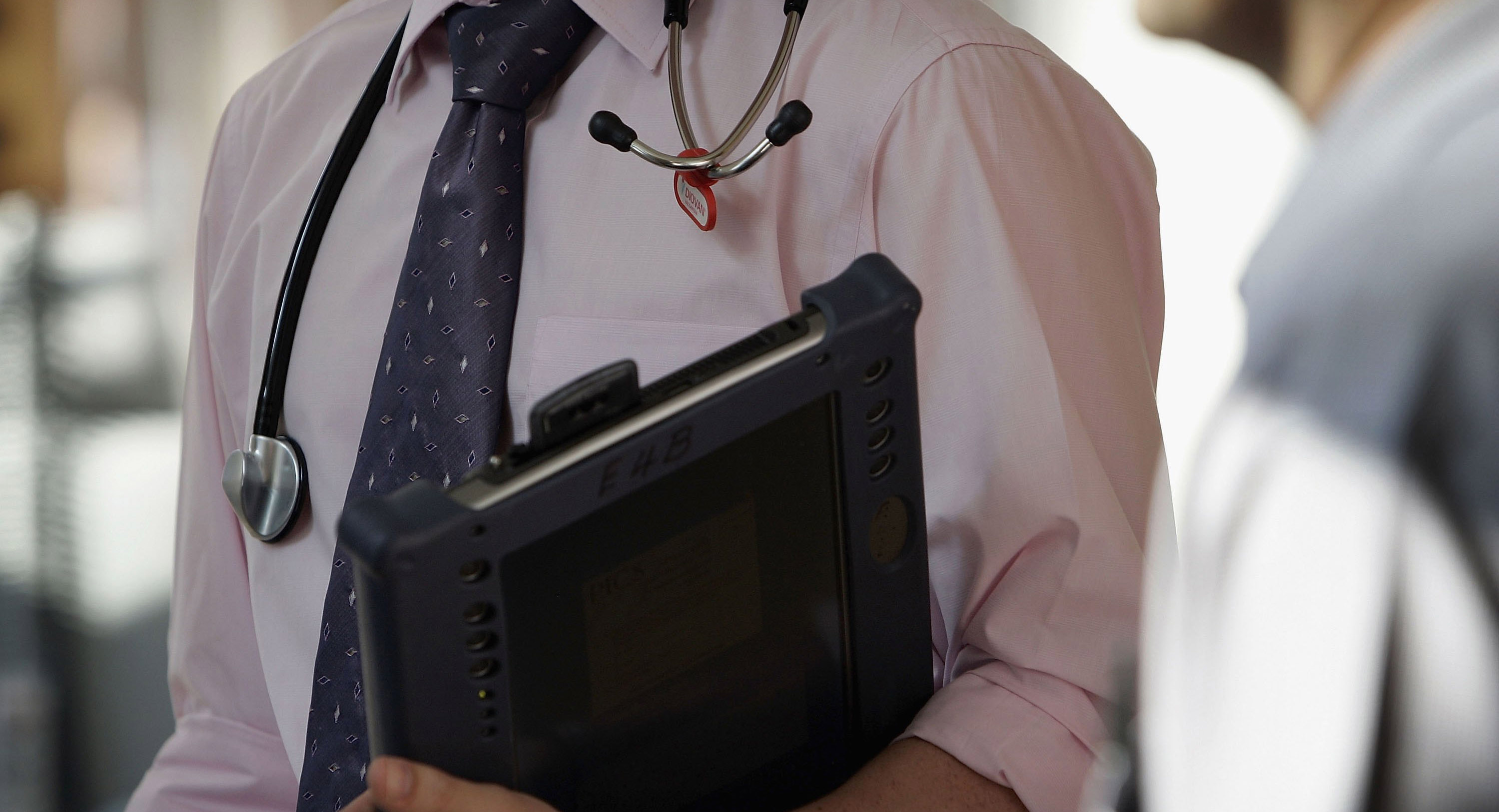 Legislation being marked up Wednesday would phase out Obamacare’s Medicaid expansion that covers 1.2 million Americans with serious mental illness and substance abuse problems, as well as scrap baseline coverage requirements.

Millions of Americans who suffer from mental health and substance abuse issues could be left without insurance under House Republicans’ plan for repealing the Affordable Care Act, behavioral health... More than 272,000 Texans could lose access to mental health and substance abuse treatment if one of the lesser known guarantees of the Affordable Care Act goes away with the law's repeal and is not replaced. In Texas alone, 65,559 people with the... 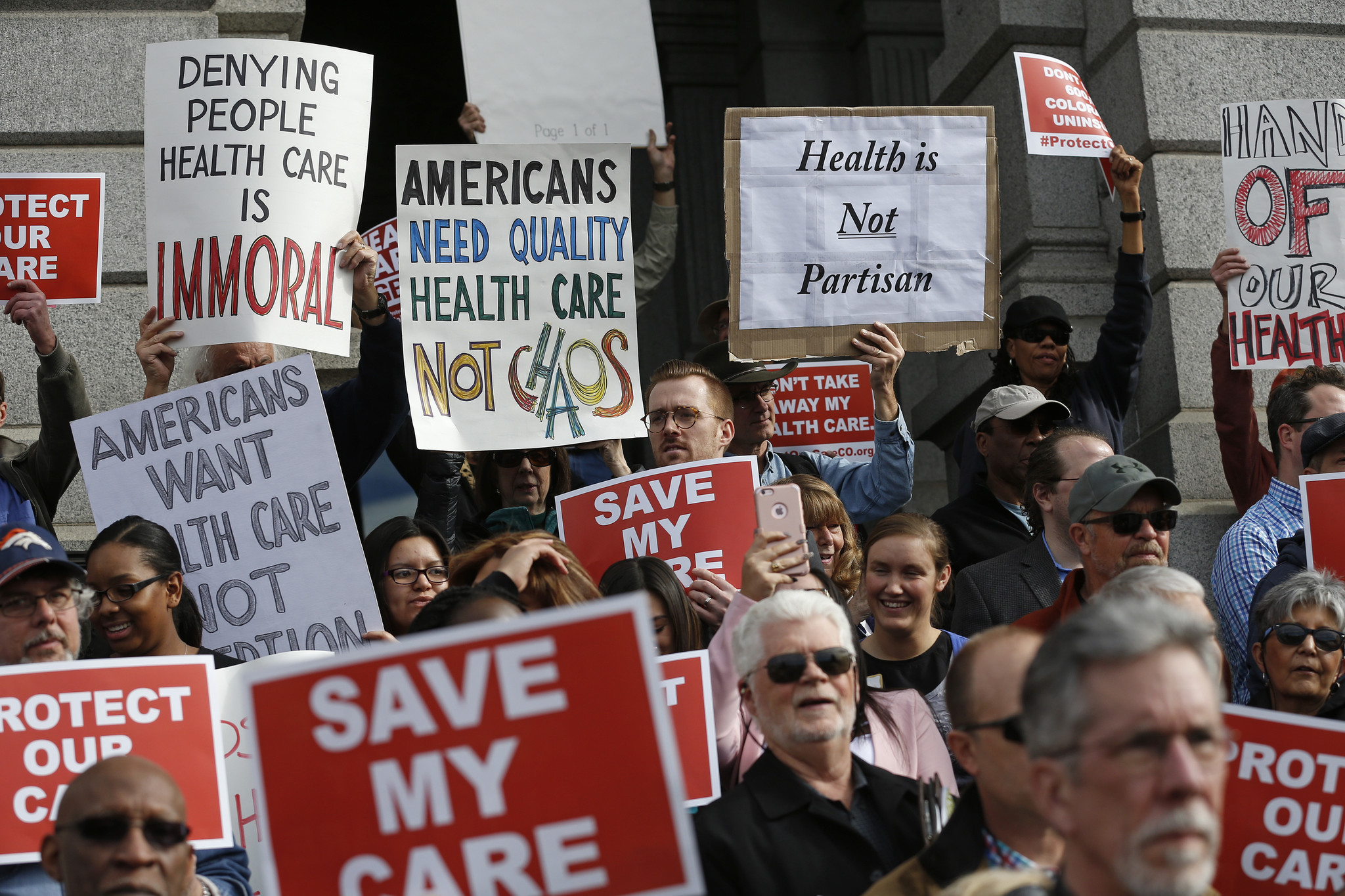 Without the mental health measures of the ACA millions could lose access to care and the nation's opioid epidemic could get even worse. 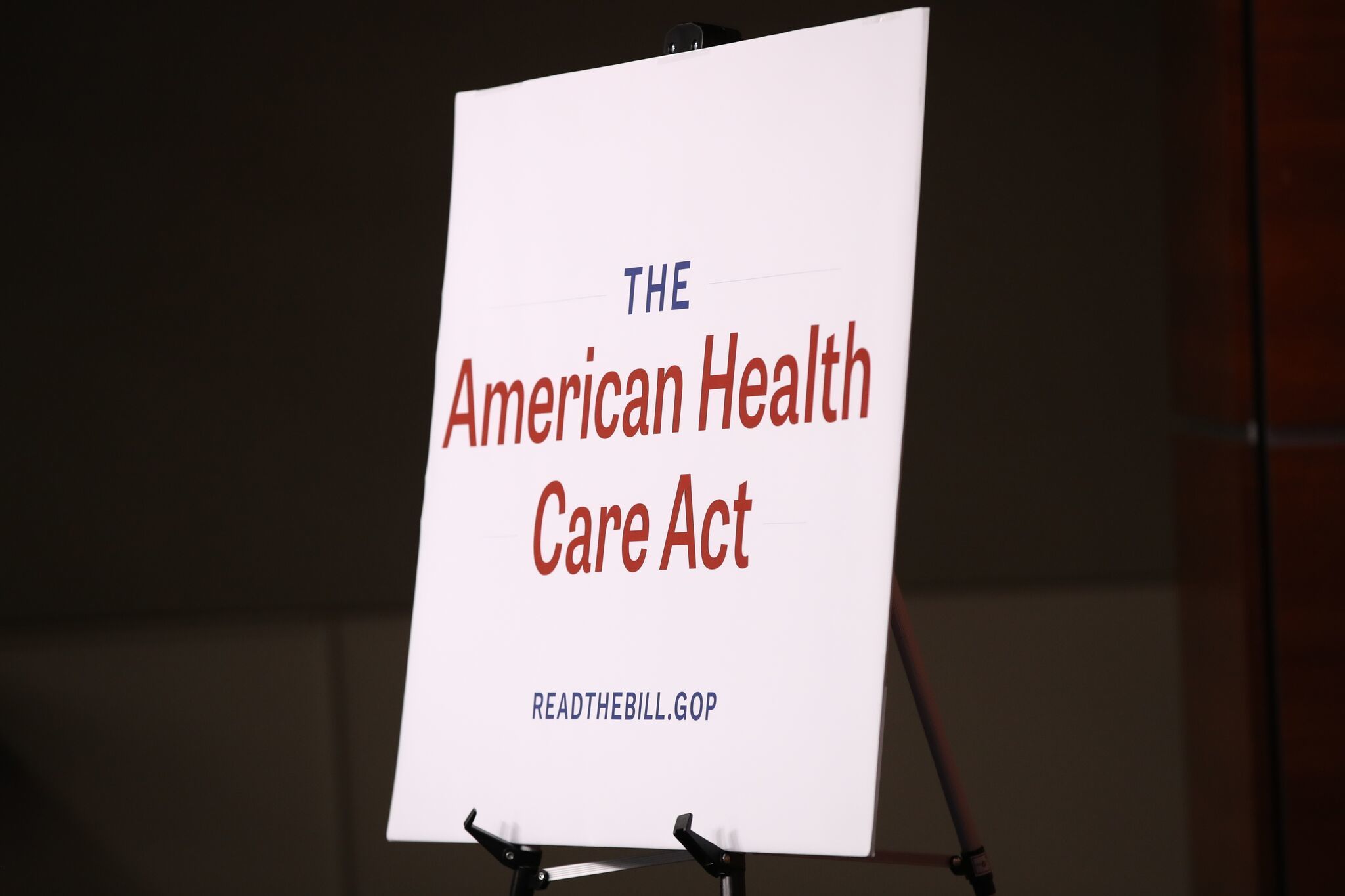 Overhaul of health law faces criticism from both sides in Maryland

Healthcare advocates and Democratic lawmakers in Maryland called a GOP plan released Monday evening to replace the Affordable Care Act a threat to coverage for more than 400,000 residents, while top Republicans including Gov. Larry Hogan argued...

Perspective | Here's why Republicans are finding it so hard to come up with a...

Republicans trying to replace Obamacare are facing two huge constraints: The ACA is generating real benefits, and the logic of health reform goes against their brand.

I am holding my breath about it actually. many people are going to die, probably in the high thousands. I am very sad that they are doing this.

I’m hoping that at least the mandate/fine part gets repealed. I paid $695 of my hard-earned money this year in the form of that fine, and the fine is slated to be higher next year if something isn’t done. I can’t afford insurance because the premium for the insurance through my employer more than doubled under the ACA. I realize these are unpopular opinions on this forum, and maybe this comment will get deleted because of it, I don’t know, but the ACA screwed a lot of hard-working Americans like myself out of health coverage.

Everything that I heard about it was that they are still working on the plan and it is not in its final stages yet.

@jukebox people were helped by obamacare but also many people were screwed in the way of increasing premium and fines. Stay positive you never know if it won’t be as bad as you think.

@freakonaleash one of the people screwed by obamacare.

Here is speaker paul ryan talking about it.
https://www.youtube.com/watch?v=iHfcNhmKYfo&ab_channel=KagenOfficial

er yes I guess that is your opinion but he was the one who forwarded the bill that everyone is talking about.

Yea the one that hurts mental health care no?

Don’t know how much it hurts mental health care. It is hard to gather facts for political things because the truth can be obfuscated by red herrings and other rhetorical fallacies. Even statistics can be easily skewed toward a particular goal.

Did you watch the video though? Apparently they are putting things through the house and senate in 3 phases to prevent a philabuster. The first step they are doing is cutting funding to obamacare which is what everyone is up in arms about. I didn’t hear him talk about mental healthcare in the segment so I don’t know what his opinion is on the issue.

Please keep the conversation civil and constructive otherwise I will be forced to lock @SzAdmin’s thread. Thank you in advance for your cooperation.

I feared this happening so I got insurance through my employer. But it’s about 160 a month, which is a lot for me right now but I know it’s less than some of my friends pay. Ofcourse that doesn’t include the out of pocket for meds and doctor visits.

now i’m scared. when the affordable care act went into effect my meds became free and i got coverage under the hoosier care connect program and i don’t have to pay for rides anymore either. but i don’t know what will happen when obamacare is repealed/

160 is a good price. I remember mine being around 400 when I had healthcare. Even the government healthcare for only government employees was around 300 something.

The proposed Medicaid cuts are the result of a multi-payer, mostly private health care system. These cuts will be responsible for the vast majority of people with mental illness losing their current health care insurance.

The only real replacement is a single-payer, mostly publicly funded health care system, but our current system is so entrenched that it will never happen.

My family insurance went from 280$ amonth to about $640 a month when Obama Care started. This year I decided to get the worst plan possible to drop the price to about $430 a month. I have a $5000 dollar deductible per family member. And we can’t afford doctor bills so we will avoid the doctors office at all costs, while some will abuse there free bienifits and go in for every sniffel. Use there free birth control pills , or get Obama care to pay for there abortions. While the doctors prescribe the latest and most expensive drugs first and only use the ones with a cheap price and a good track record as a last resort. The system is broken and needs fixing. Were did everyone get there pills ECT. Prior to Obama care. When insurance was affordable?

That’s good to know that I’m getting a pretty good deal. My brother made it seem like it was a lot but I know some of my friends pay 200-400 dollars

i was just on medicaid before obamacare, my pills were 3 dollars a piece and sometimes i had to put off getting them because i couldn’t afford all my pills i take 13 different prescriptions a day that’s 39 dollars a month after i pay rent i only have 30 dollars a month. but this was before my partner had a steady job. she was paying 26 dollars every two weeks for insurance now i wonder how much it will jump too or go down with affordable care act being repealed.

All I have to say is Be Scared - Very Scared.
Medicaid which so many people with Serious Mental illnesses rely on, is in Jeopardy of Extinction.

It’s Sad what is Happening.

I am on Medicare/Medicaid and I need that coverage for my pdoc/tdoc and meds. I also get specialized care from an endocrinologist and take meds for my thyroid and Vit D deficiency.

I am very nervous. I am totally screwed if I lose my coverage. I have no money to pay for healthcare or drugs

The latest on this topic:

Guess Who Voted In Favor Of Bill That Every Mental Health Group Claims Will Put Millions At Risk? Guess Who Voted In Favor Of Bill That Every Mental Health Group Claims Will Put...

(3-13-17) What are we to think about Pennsylvania Republican Rep. Tim Murphy’s vote last week in the House Energy and Commerce Subcommittee to repeal the Affordable Care Act? Ever since the Sandy Hook Elementary School shootings in 2012, Murphy has...

In a letter to the House, NAMI’s executive director Mary Giliberti wrote:

The proposed reforms in the AHCA threaten to undermine the historic progress being made to improve mental health and substance use care… NAMI is deeply concerned with proposed provisions to convert Medicaid financing into a per capita cap model…Current estimates are that the per capita cap provisions would shift an alarming $370 billion in Medicaid costs to states over the next ten years. In the face of budget shortfalls, states will be forced to cut people from coverage, reduce health benefits and access to care, and/or reduce already low provider payments, escalating our nation’s healthcare workforce crisis…