Grow a beard to compensate ? 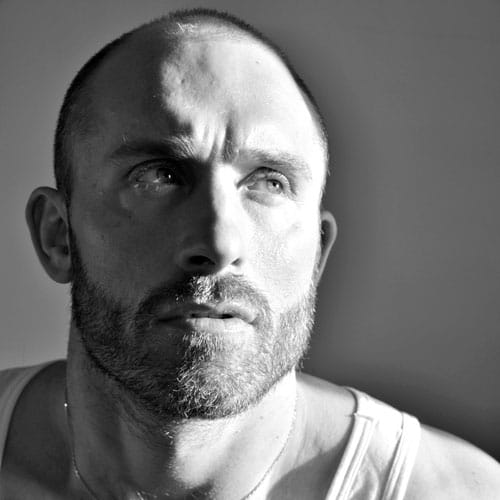 Im asian so I cant grow at beard

Ive seen some Asian dudes with beards tho!! Look at manny pacquio.

It could be caused by stress.

some meds do that too, or vitamin deficiency, some antipsychotics, excessive weight loss or just genetics. (poor nutrition)

You keep your hair, but the hair color is white

; Or, you lose your hair, but the hair color is black.

I think worry over going bald is a major concern for many of us men. I’m just grateful that at 60 I have my hair albeit it’s thinner.

Personally, I’d just keep my head shaved if I started balding. Totally bald is a good look imho. Hell, I’m not balding and shave my head bald every few weeks because i like the look.

I’d be careful getting hair plugs or similar procedures. I had a professor that got hair plugs at the top of his forehead to make his hair line lower. The problem is that he continued to lose hair behind the plugs, so it ended up looking worst than if he would of just had a natural receding hairline.

If it bothers you enough, you can try a product like bigen. Here’s a youtube video of some guys with a thin berad or thin hair that used bigen to make it look thicker. It looks silly the first day that it’s put on, but after the excess is washed out it looks decent.

The best friend I had who was also my boyfriend was bald up top so he used to shave his hair because he thought it made him look younger.

His name Starts with A.

We did not meet for a while and next time I saw him he had long hair and a beard.
He had a bald spot but around that spot he had long thin hair past his shoulders and a stunning beard.
He looked stunning.
He used to wear a beanie that covered his bald spot and he was simply gorgeous.

So much better than the bald shaven head he used to have.

I was such a mess in those days and not myself or making my own decisions etc I was controlled by others I think who were malicious towards me.

I wanted for him to be father of my child but that did not happen.
Even if we were childless.

I wanted to get back together with him and start something stable and solid and real and not let others ruin it or us and be faithful to each other etc
We had problems though.

Some men have hair transplants .

Just wearing a beanie covered it though.

I had a picture of him by train station carrying my dog that is dead now.
I sent the picture to his mum but wow he was stunning to me and he was my best friend and took care of me but others ruined us and others were in my body and etc

Wherever you are Anders I apolagise to each other and wish you well.

My boyfriend I have now has feet like him.
They have the best feet I have ever seen.
Very beautiful feet.solid looking rather broad and so.

Their laughs sound similar too.

The choice is yours I think.
There are a few options.

What you feel comfortable with and what you are willing to do.

Hope you will feel pleased with your hair or baldness.

I think hair and looks are over rated. Especially in men. A man that is confident, generous, has charm and good manners gets the attention of lots of women.

I am not saying i am the best example of that. But i see often couples like that.

Person applying the bigen to his customer:
“Stop, stop. Don’t Talk. You can moan if you want…but don’t talk.” [EDIT: 1:39 mark lol]
that was funny! I’m glad I actually watched the video.

Hair loss is not just the domain of men alone. Women suffer from it too. When I was a young woman, I had super long, thick, flowing, wavy hair down my back. Today, in middle age, my hair is short and getting thinner and more sparse every year.

My brother’s hairline is already receding and he’s only 17!!

I have a receding hairline that finally stopped about three years ago…I have a tall forehead but I still kept the rest of my hair. I am 55. they say you inherit your mother’s fathers hair.