Is there any parallel raise between locked thread and new moderators

I m seeing lots of locked thread.i m member here since 1 year and i could say before there was not much locked thread.is there any relation between locked thread and new moderators?whats your opinion

There are more moderators, so there’s more moderation. Also, we’re trying to keep this as much recovery oriented as possible, with a full set of mods it’s possible to achieve that, while when @velociraptor and @Jayster had all the work it was more difficult because they didn’t have the time. Now there’s usually always one of us online, hence, tighter moderation.

And threads are not being locked that often, I think it’s about the same ratio as before. Today there was two locked, and another one two days ago.

Yes - we have better moderation now - helping people follow the guidelines. Before there wasn’t much help in this area - and we were too busy.

I was pretty hard on the new Moderation, but I must admit it’s gotten much better. Sometimes ‘less is more’ so to speak.

I’d also like to apologize for any hurt feelings my past words may have caused on this issue.

Before there wasn’t much help in this area - and we were too busy.

Not to mention that certain posters learned when our limited moderating staff had to sleep and would slide stuff in that was in violation of forum guidelines overnight.

Also have to point this out: There is only the appearance of more moderation. I would actually flatten a few more things in the past as I was solving problems before they grew (think: Ender’s Game). The new mods engage with the users more and explain what they’re doing, whereas I just nuked stuff stealthily. You’re actually seeing less onerous moderation and more engagement of users by moderators. Problem is that people are interpreting it the wrong way.

Daydreamer, you violated forum guidelines and that thread was ugly. Just let it go already. You’re not some innocent victim here.

i didnt violate any rules

Moderation has in actuality been very light on you on this subject. Prayer posts, God posts - none of them are allowed. They’ll be locked immediately. I hope you understand this and can comply, because absolutely nobody wants to start handing out bans over it.

its the people that dont show respect for others beliefs that i feel sorry for, those are the ones that have the problem not me and that is something that they need to deal with, i guess in some extreme cases these can be symptoms of this disease,

i didnt mention religion in my respect thread and it was up to you guys to help but you didnt you just shut it down. 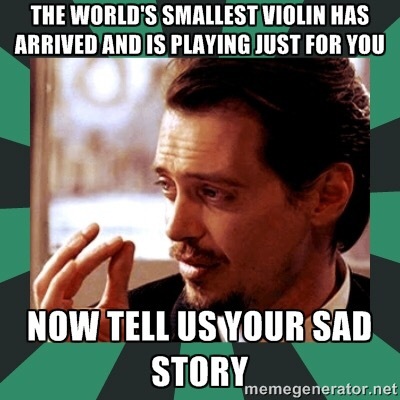 Let it gooooooo…this is an awesome cover BTW…

It was a continuation of another religious argument that had just been shut down, in order to protect our religious members. It works both ways.

You know the rules here. They’ll continue to be enforced. I’m not going to argue with you about it anymore.

it was a totally different thread, wasnt a continuation at all

nm i give up

i wasnt even talking to you or ninja, i was talking to the moderators

Time to get going.

Pixel’s moderating actually functions like the Universe: you see unexplainable things happening but as with a God’s work you must believe there is a higher reason to it.