I Looked in the Mirror Today

And saw myself with completely black eyes and blood coming out of my mouth. Black eyes like THIS: 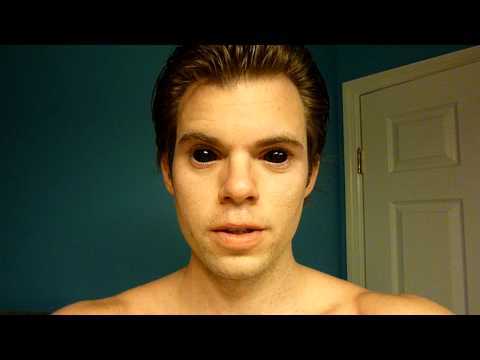 And I freaked the ■■■■ out. Has anyone had this happen before?

maybe you were wearing sunglasses.

You can’t unsee that

What’s going on you think?

I have very dark brown eyes and the irises take up a large portion of my eyes so it almost looks like that.

I was at the hairdresser on Saturday sitting in front of a full length mirror and just saw a monster starting back at me.

But I’ve never seen big black eyes like that and blood coming out of my eyes like you did. That’s really scary.

The blood was coming out of my mouth.

I was pretty terrified honestly. I used to see people like this sometimes, with the black eyes. But not for a while now.

Sorry, I didn’t read your post properly! That’s awful. How long did it last for?

I stood there looking into the mirror for maybe 30 seconds before I left the bathroom. I went back in the bathroom after and covered the mirror with towels.

That’s really terrifying. I’m sorry you had to go through that. I really hope it doesn’t happen again.

Reminds me of the conjuring 2

oh gosh. the picture is literally worth a thousand words. all I can say is this: how’s the medication going, my friend?

FYI I should probably clarify, that is NOT a picture of me. That’s just a pic I found on Google that shows the eyes the way I saw in the mirror.

i would certainly talk to my doctor about it, i hope a higher dose of abilify will help you.

Maybe you blacked out and bit somebody?

that’s a good hypothesis, but how does that explain the black eyes?

Maybe he got rabbit punched in both eye sockets by the guy he bit?

Good question though sir Sherlock ;-). But I gave this some thought

What is a rabbit punch? I have a rabbit.

The thing to do is to dismiss what you saw in the mirror. File it in the back of your mind under “unexplainable, but unimportant”.

Hmm if I zone out in the mirror or look at my reflection from the corner of my eye I sometimes see things similar to that. Typically I’ll see those faces just free floating in the air by my face when I close my eyes. Lovely.

I know it’s scary and upsetting but it’s just your psychosis. Apparently even non-psychotic people start seeing bizarre things in the mirror if they zone out at their reflection in dim lighting.