I eat neurotypicals for breakfast 👿

I am required to complete 30 hours worth of Continuing Education (CE) credits per year to maintain my license I’m working towards. I managed to pick up 19 today alone and it only took me 7 hours to do it in (the courses are rated by difficulty, not actual time measured completing them). 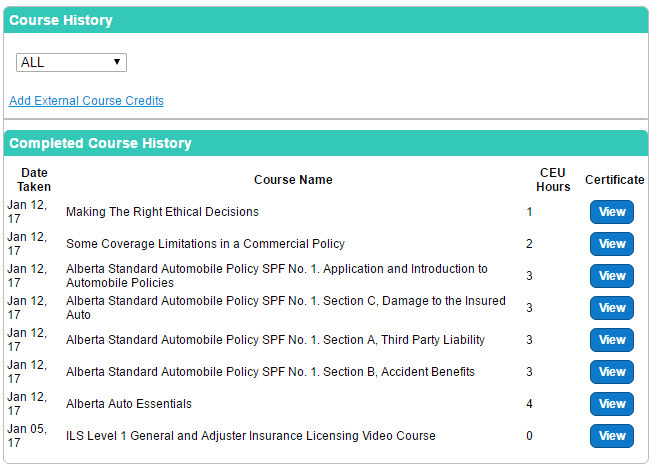 At this rate I’ll have my entire year’s worth of CE’s completed by tomorrow.

from the looks of that list, it seems your license is for a specialization in automobile insurance.

I’ll be doing commercial lines, so it will involve some auto and I’ll have to be able to back up the folks in the personal lines department. The L1 exam focuses pretty heavily on SPF1, the most widely used form in my province.

Now if I could just get my brain to shut off so I can go to bed.

yeah that’s hard for me too. it’s 2:20am now. my sleep schedule is freaked up.

…as is tradition in Canananada… 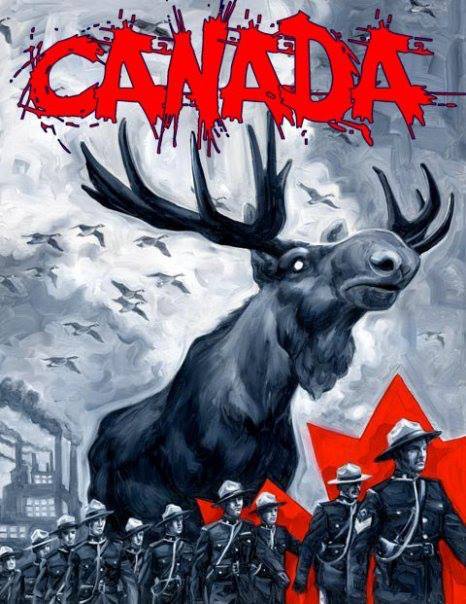 Hey Pixel, I work in insurance too, worker’s comp. I have neurotypicals asking me for my answer sheets in our assessments too.

Good luck with the new job.

I don’t know how you guys work. I don’t hear voices. I’m not delusional, but the fallout from having had 8 psychotic episodes has left me afraid to go to public places. It’s been years since I actually went out and socialized with regular people. Before my illness I used to gobble neuro typicals whole and spit out their bones.

How is your concentration?
How is your ability to follow instructions? These, and social skills, are skills that neurotypicals learn at an early age. We usually unlearn it due to psychosis. Don’t give up because, like other skills, these skills like socialization can be learned through diligent study.

I think if you’re not psychotic at the moment, but you have fear, maybe an anti-anxiety med and some group therapy?

Group therapy is pretty good for getting back to being socialized in a safe setting (albeit it, once I was in group with a few ex-felons and one nearly threw a chair and I had a panic attack–but that likely won’t happen at your therapy center (mine was for intensive outpatient care, majority of whom were ex-felons (I had 0 records on my criminal background at the time, but whatever, it worked for me). I am not a fan of therapy myself, but I have to admit that it did socialize me back to a quasi-normal state, so maybe you will like it!

Also, maybe start small with socialization? I remember for me it was anxiety producing, just talking to the cashier at the store. I practiced it, though. Learned when to make eye contact, when not to, how to be polite and not over-talk, stuff like that, mostly through trial and error (for example, I noticed that if i kept talking, sometimes the other person would touch their neck or nose. I googled it and found that it is common for people who are uncomfortable to touch their heads in terms of body language).

Thanks @HQuinn. I think you’re right about all of those things. I just started to feel like my lights are coming back on, I have s tremendous amount of anxiety and most of it is around having been psychotic, or becoming psychotic again.
I also have a lot of emotional trauma or inability to experience pleasure, loss of confidence. Loss of self esteem and so on. My only concern about what you said is pretty basic. I’m like, what’s the point?
What’s the point if I have a psychotic illness? Why try? I’m just gonna end up psychotic or in the hospital again. That’s my concern. If I had only had one break with reality I may be able to shrug it off and laugh uncomfortably about it. But I’ve had 8 over a fifteen year period. I have so much to learn about life, there is so much awesome stuff going on in the world and I had to get burdened with this horrible illness. What’s the point?is all I keep thinking. I’m damaged, I’m mentally ill. No different from a crazy old man that sits on a park bench with a fur hat on in the summertime. I see people who look “odd”. Every day and I can’t believe that I am one of them. I’m sorry if this is totally negative but I can’t help it. This illness is very very scary

You know, @velociraptor, the whole point of you taking this job was so you could take it easy for a bit. I’m impressed with everything you’ve accomplished, but you can stress your heart out just as much sitting at a desk if you run at 110% every waking hour.

In parts of Alaska USA the old ladies spend their time picking up moose poop off the ground, drilling holes into it and make ‘authentic’ Alaskan jewelry for all the unsuspecting tourists.

Run along and check out your mom’s jewlery collection to see if there any shiny brown moose turd earrings with matching necklaces in there.

I’m sorry you have little hope for the future in terms of independence and stability!

It was hard to build my hope back up, too, as I remember thinking the same thing for many years.

Here’s a compilation video of speeches on building hope, maybe one will stand out to you

“He said to me, ‘somebody’s opinion of you does not have to become your reality.’” --2:36 minutes in

if anything I feel that the boss should’ve talked to him about it; because at the end of the day, if he didn’t take your advice seriously, the boss would’ve had to talk with him. but yeah, not much you can do when your boss tells you to do stuff and you need to keep your job. sorry flame.

but I’ve had worse anyhow, because I didn’t even have a job. I went to a job interview one time, at a Macys. when I was waiting in the HR office, I heard some office lady whispering to the front desk person: “why is that guy here?” I swear she even pointed at me. maybe that was normal. but I just felt a very strong scorn from her, like she was hoping to call security on me.

anyway, I met the interviewer without “formal” clothing and the interviewer pretty much measured me by my get-up. I was thinking, “dude, I dress however the freak I want.” And at the time, I wasn’t getting SSI or any income, so I didn’t have anything more formal to wear, other than a very old tight black pants (almost feminine) and an old pink yellow-stained church shirt.

I honestly don’t think I’ll ever be hired in a heavily social workplace, which sucks because I live in the city.

but you can stress your heart out just as much sitting at a desk if you run at 110% every waking hour.

Stressed heart = chest pain, which is NOTICEABLY reduced. Besides, I transferred most of my stress to you and the Dream Team before Xmas. You (the person with the sore delete button)… 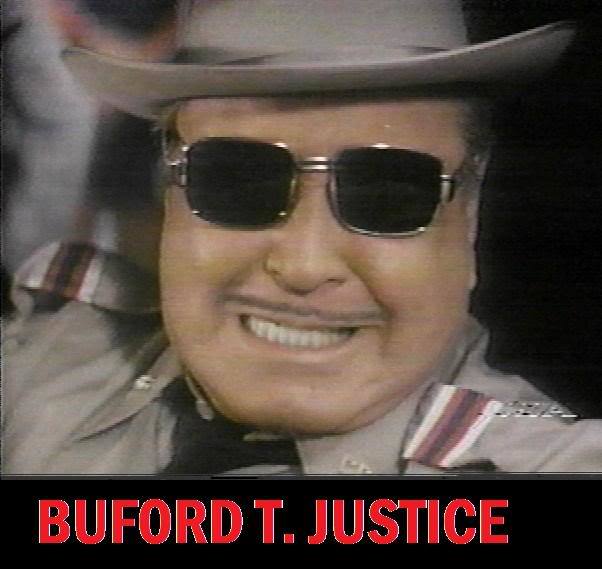 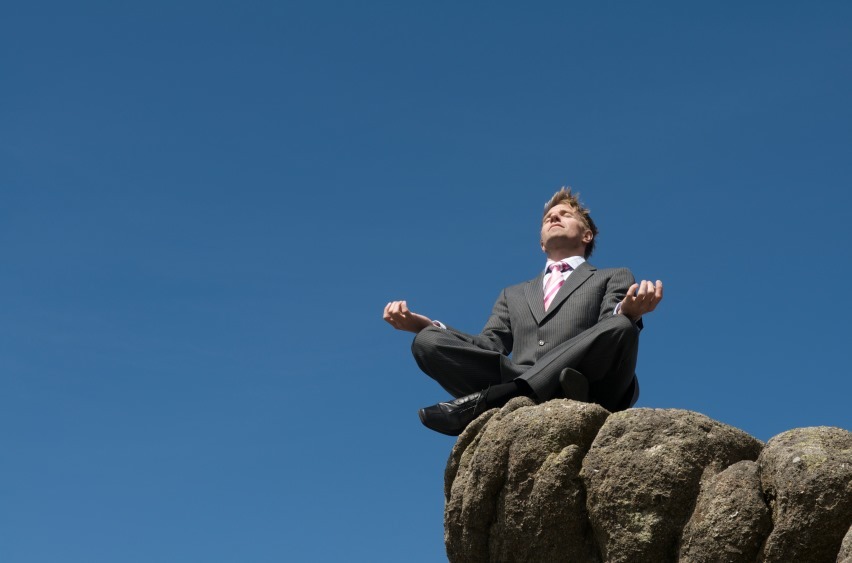 Now I get to spend my time doing things I like: Kicking ass on tests and practicing piano.

Oh, and abusing my Keurig.

There is rest in motion and motion in rest.

To be still and still moving. That is everything! - Right?

Totally possible to be engaged and relaxed at the same time. That should be one of the major aims of all spirituality.

Hopefully, you will find that equilibrium and keep it!