How do you feel in the mornings?

On these cold busy weekdays… everybody just seems like a dick out there.

I like the first cup tea in morning and then I go straight to the gym. I suffer anxiety which eases off in late afternoon early evening most of time

Sleepy, except for this morning. Popped out of bed at 3:30 am for some reason. Have done maintenance on a bunch of bows for the archery program and am now sipping tea and dreading work. I like the job, but morale is low since hours were cut (soft economy) and I find the negative atmosphere challenging. 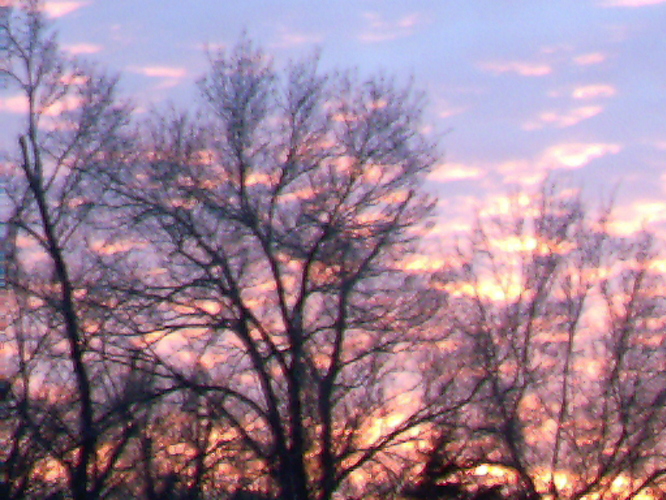 I tend to feel more anxious during the day. Feel better in the evening.

not that bad. the depressions usually kick in in the evenings when i sort of realise that i am going to spend the next 4-6 hours before bed doing the same old things that dont even bring me any joy. also when i remember that the last 5 years, 3 years before schizophrenia and 2 years after schizophrenia were completely lost to being a home alone guy with a bunch of dreams which were never realized. although the 3 years before schizophrenia were not as bad as the 2 years after. however before i became ill i had to quit 2 different schools because of my symptoms of paranoia and other things which happen before the full sz kicked in. this doesnt really makes oneself feel good about oneself knowing that you wasted the last 5 years quiting schools and wasting time in hospital and at home doing absolutely nothing while being terrorized by voices and delusions. thank goodness it is getting better, atleast with the illness itself. still cant get any interview for an apprenticeship though because of my last 5 wasted years though.

It takes me a while to settle down and feel better.

that way I can sort of ease in to the day.

Anyone else also feel that your last day’s psyching build-ups die every day again and again? I mean I’ve read how lots of the others are also trying to “re-code” their mind. I still believe it’s up to someone on the other side to let me have a free mind.

Mornings are the worst time for me. I only wake up fully when I have my first cup of coffee at noon.

I usually get woken up at around 8 or 9 then I take the dog out and crawl back into bed after I let her back in. then I try to stay awake for the next few hours until I finally get up and make myself some coffee. I drift in and out of sleep for a few hours especially after taking my morning pills.

I wake up around 8 and try to get the day started. I just don’t do very well for most of the day. I really hit my stride in late evening.

I wake a lot during the night, and if I wake and it’s past 2:30 am, I let myself get out of bed. (Weekends can be earlier) Usually, I feel like a machine that needs switches flipped and start-up begins. I always wonder what kind of a day it’s going to be in my head. My life is simple and routine with few surprises, but I always wonder what will happen in my mind…

I feel like hell first thing in the morning. It takes me about an hour to get going. I need my morning caffeine jump-start before doing much of anything. I feel the best in the mornings but I still need my coffee to get up and going. The psychotic symptoms get worse in the evenings before my nighttime dose. I look forward to bed time promptly at 9pm.

i have been feeling like crap for an hour or so in the morning. a lot of negative thinking and grogginess

Tired since that is when I sleep. When I wake up though? ugh. Waking up is hard to do.

I’m usually groggy as hell when I wake up. Sometimes so much, I just have to go back to sleep.

I just went and got fitted for a CPAP machine. I should get it in the mail in 7-10 days. Maybe I will be able to sleep better.