Hey, kids: 'Reefer madness' may be for real

Weed can cause or contribute to sz
I only tried it when I was 20 and I’m sure it does no one any good.
I even think it could bring on an episode in the susceptible so be careful.

i think you are right, i tried it when i was young and started to develop symptoms around that time so it is definitely not advisable esp if you have a history of it in your family, well said

It’s more like a catalyst to people who have the genes for schizophrenia and were showing signs of it already, according to my textbooks. If it simply caused schizophrenia, everyone in Boulder, Colorado would be schizophrenic. I have a family history and had symptoms even as a child, and weed affected me normally for a while then when I became scz it made me really psychotic.

Right- most cases are organic and not due to drugs. It’s not unheard of for people to develop permanent psychosis from using hard hard illegal drugs though. LSD or methamphetamine are good examples.

I have a friend who said that he had been doing a lot of LSD and that whenever he dropped or smoked a lot of pot, he heard tons of voices. I told him to quit drugs for a while so that ■■■■ wouldnt become permanent. I think he’s OK, he is at Duke making good grades. I think he would have contacted me if he was psychotic, he is an old friend and over winter break he pulled me aside to tell me about his experience with voices and drugs and I explained the science behind it briefly but told him that he needed to stop and that knowing to stop immediately was all he needed to know.

But family history and childhood experiences are the kicker- an evaluator will ask about both. My evaluator said that he overdosed on pot in college, was psychotic for a week, then took thorazine for 10 days and was fine after that and quit pot for good.

My son had a full psychotic break. I had warned him but it wasn’t enough.

He finally recovered but it took a year or two or three.

With pot becoming legal in my state, there has been a lot of pressure on my Sis by her “friends” to finally try it.

I don’t know where she gets her strength to say no, but so far the defenses are holding. She has been looking up a lot of stuff about Sz and Pot.

She’s been pulling up all sorts of articles about how with designer plants and stronger strains, the potency of pot has gone up at least 25% in THC levels… if not more. The pot of today is a lot more heavy hitting then the pot of the 60’s. 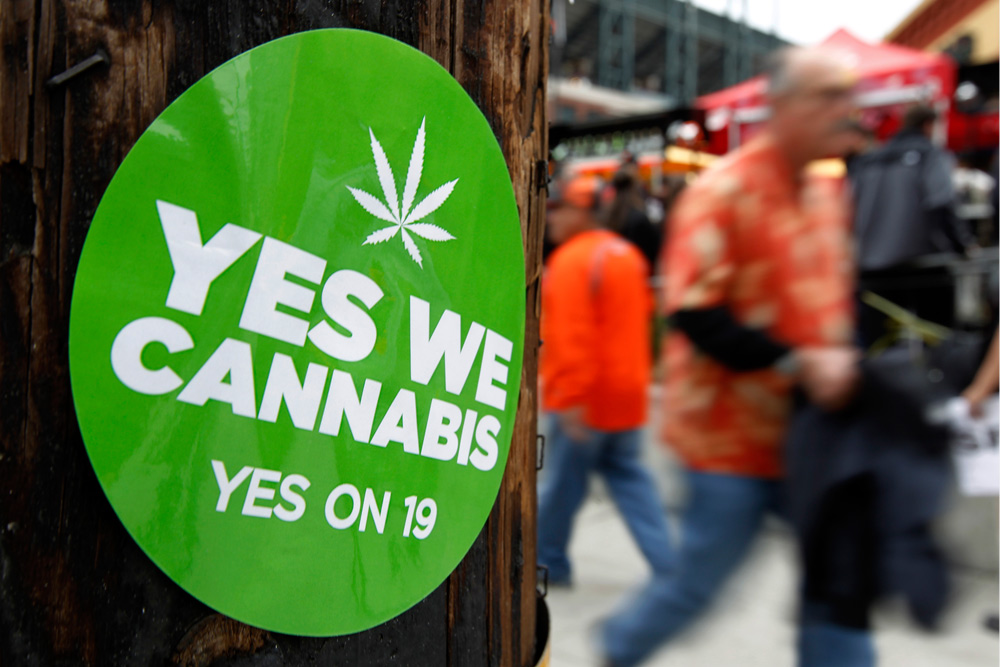 Marijuana is the most-used illegal drug in the United States. Learn about the history of marijuana, medical marijuana and the effects of marijuana on the body. 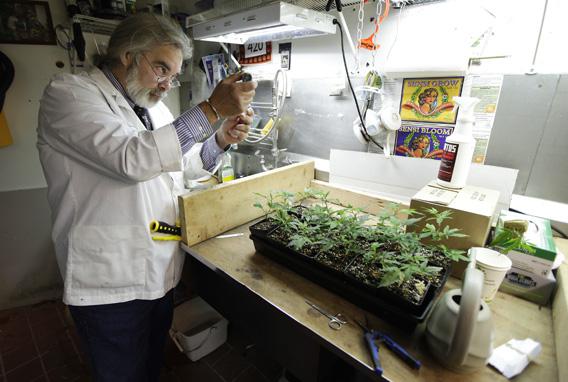 My brother is a weed scientist. Every weekday morning, he drives to work in the Fremont neighborhood of Seattle, throws on a lab coat with “Northwest...

Plus, some of the misguided “friends” of hers love putting “A SQUIRT” of LSD in a joint. So higher THC mixed with god knows how many hits of LSD… I bet it’s madness.

Parents of my generation talk about mellow pot and how nice it was. So kids think well, my parents did pot and they turned out ok. I have even found that MY parents did pot when they were younger.

The pot they had was more like a house cat. The designer pot of today is more like an angry Mountain Lion.

Omg u guys are so scary. I am sza I smoke cannabis that could be considered medical everyday. It has enough CBD I never get more stoned than I can handle. It helps me be friendly and socialize in public. It makes music sound awesome. It makes conversations with my gf funny and interesting. My dad does it. It keeps him going better than an energy drink. Am I the only person on these boards that isn’t reefer mad geeez.

have you seen the film TED? there is a scene in it when they are smoking pot and the names of the type of pot the dealer had included- ‘they are coming, they are coming’ and ‘this is permanent’

they are playing on the fact that it is dangerous for you and can cause mental illness, (which in many cases adds to the appeal and makes it more cool) but i bet if they did get mental illness they would regret ever touching the stuff ‘a bit like us’

when i was younger i didnt know it caused mental illness, i just smoked because i thought it was cool and my dad smoked and i guess weed was just a natural progression, i didnt smoke a lot though as i didnt have the money so i had the odd joint here and there with a friend and swapped a couple of cigs for it you know but even the odd joint here and there for a short time was enough to trigger the start of mental illness.

its sad but it is true

I can get behind medical marijuana. There is some over sight here in Washington the “Green Cross” has to meet some standards. The THC content has a max. Medical pot here in this state has some parameters.

Unlike the stuff my sister’s friends try and push… it hasn’t been mixed with a random eyedropper of liquid LSD or what ever else they decided to sprinkle in.

Me personally? I only get worse when I smoke it. It doesn’t feel good, it just makes me more paranoid and then I’m too freaked out to even take my meds and then the wheels fall off. No pot for me thanks.

Well they have designer pot called k2 or spice. That stuff is synthetic pot thats man made. You want to stay away from it. It will send u on an unwanted trip. But mother nature well grown medicine is different bros. When my day is done I toke up and go outside and play bball. Some outdoor activity. I hate to be the only one to profess it’s efficacy. But this is an sz forum filled with people going thru various stages walks in life. My stage has progressed to where THC in properly grown pot has a positive effect. It used to. Make me symptomatic until I started smoking the good herb.

My sis and I babysat a younger cousin last year who just lost it on K2. It hit him hard, fast and bad in every way. What ever he was seeing in his head terrified him. Hours of screaming and then delirium and walking out into traffic.

sorry lester but i dont agree with medical marawana as it is not a proper drug if you have to smoke it, i think it would be much safer if it was only used in tablet form,

smoking causes lung disease and lots of other bad stuff and that should not be available from any doctor in my opinion, they are going to be banning all smoking here in the uk over the coming years.

have they tested it like they have tested normal anti-psycholtic medication or anti-depressents? i’d like to know if it has been tested properly and how it compares to other medications that we take,

if it has been tested properly then i would like to see the evidence and the statistics before i can believe that it could stand beside the medications we take today,

this is still an illegal drug in my country and i think i heard it was still illegal in the USA as a whole.

I experimented with weed in my college years here and there. Pot makes me silly and I laugh a lot - the following day I get real anxious and paranoid, not a good feeling

Well quite frankly I could give you such information because I have been researching it all over. Its a big misconception that people hold against the benefits of medical cannabis or recreational cannabis for that matter. Does it harm you no, no one has ever died from an actual overdose of cannabis. Its Mother Nature we’re talking about here not some improper Schedule 1 drug. It’s a plant until they turn it into a pill. Which they have already done you just don’t know about it. It is very politically charged. People usually have one impression of it and die by that impression without ever truly getting the chance to experience medical marijuana as a treatment for their symptoms. Its illegal because of prohibition, and most of us know how damaging prohibition has been over the years. The federal government Department of Justice has not cracked down on the legal marijuana dispensaries. Only the illegal ones meaning those caregivers who grow way more plants than their limit. But a majority of Americans prefer marijuana than alcohol. And this number grows, the more people like you are getting informed the better. I mean who is going to prohibit medicinal marijuana to a 5 year old girl who suffers from seizures many times a day. When medical marijuana can cut those seizures down to one a week. There are definitely mental qualities in the plant that benefit people who are mentally ill. But you can’t just smoke any plant and be like hey I’m being treated here. No. CDB is the constituent that has been tested to have anti psychotic properties. In concentration. Meaning CBD at high dose may actually treat symptoms just like Zyprexa would. I mean that is what is going around the net now. No one has claimed to make actual advancement where they are replacing psych meds with a more natural means. Personally I smoke it it helps me sleep. Calm down. But every individual is gonna be different. And every marijuana plant has their own strain. Varying percentages of THC/CBD… that is just two ingredients in the plant. There are many more what I can’t believe is that prohibition has prevented us from making medical advances with the most important plant here on earth.

i think @SzAdmin posted a list of medicines recently that were being tested and researched but i did not see anything about medical marawana on it.

do you know if it targets serotonin or dopamine receptors? idk all the jargon but has any actual proper study been done on it?

All you got to do is Google cannabis anti psychotic. I’m sure you find what you are asking.

i found this from psych central-

A certain marijuana compound known as cannabidiol (CBD) can treat schizophrenia as well as antipsychotic drugs, with far fewer side effects, according to a preliminary clinical trial. The research

i read on this article that it was compared to the medication that i take and was thought to have the same if not better result with the people that were taking the medical marawana,

i think if i was forced to choose another medication that this could be an option based on this article.