i usaully howl at a full moon

That’s a good practice. I support it.

madness was related to the cycle of the lunar thats were the word lunatic came from, did you know that?

I did know that!

i must google it now

If your birth sign is cancer your mood usually changes with the lunar cycles. Cancers are very moody as a result.

I have a lunar clock I love the moon

I BLAME THE MOON HEHE

The term “lunatic” derives from the Latin word lunaticus, which originally referred mainly to epilepsy and madness, as diseases caused by the moon 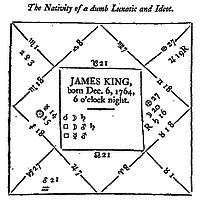 The horoscope of a “Lunatic” according to an astrologer who describes how the positions of the planets Saturn and Mars with respect to the moon are the cause of “diseases of the mind”.[2]

An analysis of mental-health data found a significant effect of Moon phases, but only on schizophrenic patients.

i would totally howl with you @san_pedro lol :o)

Sleep quality[edit]
A July 2013 study carried out at the University of Basel in Switzerland suggests a correlation between the full Moon and human sleep quality.[5] Professor Cajochen and colleagues presented evidence that a lunar rhythm can modulate sleep structure in humans when measured under the highly controlled conditions of a circadian laboratory study protocol without time cues. Studying 33 volunteer subjects, the researchers found that subjective and objective measures of sleep varied according to lunar phase and thus may reflect human circalunar rhythmicity. Stringently controlled laboratory conditions, in a cross-sectional setting, were employed to exclude confounding effects such as increased light at night or the potential bias in perception.

The term lunar effect refers to the belief that there is correlation between specific stages of the Earth’s lunar cycle and behavior in animals (including humans), that cannot simply be explained by variation in light levels. A considerable number of studies have examined the belief: by the late 1980s, there were at least 40 published studies on the purported lunar-lunacy connection,[1] and at least 20 published studies on the purported lunar-birthrate connection.[2] Several extensive literature reviews and meta-analyses have found no correlation between the lunar cycle and human biology or behavior