I’ve got some on the way too. I’ll take it for 12 weeks like this study and see what happens. So far nothings happening. Not even a placebo effect.

Schizophrenia is one of the most disabling psychiatric syndromes with the prevalence of 1% in the general population. Despite availability of various antipsychotics, negative symptoms and cognitive impairment are difficult to treat. In addition antipsychotic monotherapy is not effective in most of these patients. Current evidence indicates the roles of glutamatergic system in this disorder. N-acetyl cysteine (NAC) also increases extracellular glutamate. This study was conducted to evaluate the clinical effects of oral NAC as an add-on to maintenance medication for the treatment of chronic schizophrenia.This 12-week, double-blind, randomized, placebo-controlled, clinical trial was performed to determine the effectiveness of 1200mg N-acetyl cysteine as an adjunctive treatment with conventional antipsychotic medications in 84 patients with chronic schizophrenia. The subjects were evaluated with the Positive and Negative Syndrome Scale (PANSS), Mini-Mental State Examination (MMSE), and a standard neuropsychological screening test. Data were analyzed with SPSS-16 software.NAC-treated patients showed significantly improvement in the positive (F=5.47, P=0.02) and negative (F=0.20, df=1) PANSS subscale. Also the general and total PANSS score of NAC group declined over times whilst it was increased for placebo group. Regarding cognitive functions, improvement was observed in some explored areas, such as attention, short-term and working memory, executive functioning and speed of processing. There was no significant difference between the 2 groups in the frequency of adverse effects.The present study detected improvement in positive, negative, general and total psychopathology symptoms as well as cognitive performance with NAC treatment. It is also well-tolerated, safe and easy-to-use agent as an effective therapeutic strategy to improve outcome in schizophrenia treatment.

Hope it gets better for you. NAC is some good stuff.

So you are taking it for paranoia?

It hasn’t helped with any of my negative symptoms. 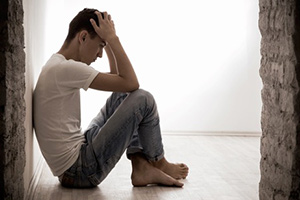 Negative Symptoms of Schizophrenia: Understanding Them - Living With...

According to the study after 12 weeks :

I’m not expecting anything though. Just an experiment.

I think this is going to be a long 12 weeks. So far I feel light headed and my mind feels a bit muggy.

I stopped taking it. I found it didn’t do that much.

Well the new batch of NAC I ordered arrived today. I might be getting a placebo effect from the NAC I’d already been taking. I feel like I want to go out. I’m not going out as it’s too much hassle. But at least I have a desire to go out.

I took NAC 600mg today for the first time. It is nicer than L theanine in my opinion. I won at countdown today, in fact I thrashed them. I am definitely feeling it. It is not as limiting at l theanine made me feel. It is pleasant. A little light headed, but not depressing at all.

I think this is going to be a long 12 weeks. So far I feel light headed and my mind feels a bit muggy.

This feeling is just getting worse. I think I might end the experiment. I was on NAC for just 20 days.

This feeling is just getting worse. I think I might end the experiment. I was on NAC for just 20 days.

How much were you taking each day? What exactly were the negative feelings - can you explain a little more?

I was taking 1200mg a day just like in one of the studies. It made me feel uncomfortably foggy headed for most of the day. It just didn’t work out for me.

This article suggests there’s a particular genetic profile for who benefits, and they estimate a third of people… so unfortunately that might be what’s going on.

http://nccr-synapsy.ch/news/5175/ For those who found NAC did not work for them, a possible explanation in this article: “NAC is a precursor of glutathione, one of the most important brain antioxidants, whose metabolism is disrupted in about one third of patients.”

Maybe that’s it. But I’m wondering if it has a subtle interaction with abilify because the way I felt was like abilify withdrawal.

I just started taking it 600 mg a day

I don’t like to take it because I have to eat a lot of protein with it.

Can it do some damage?I’m taking it for a flue.

N-acetyl cysteine is LIKELY SAFE for most adults, when used as a prescription medication. It can cause nausea, vomiting, and diarrhea or constipation. Rarely, it can cause rashes, fever, headache, drowsiness, low blood pressure, and liver problems.

Why do you eat protein with it?

According to what I’ve read you can take it with or without food.