Ewok Village - the masterpiece is complete! 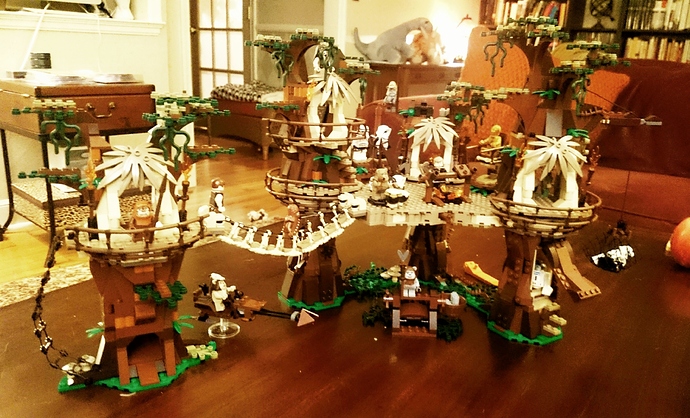 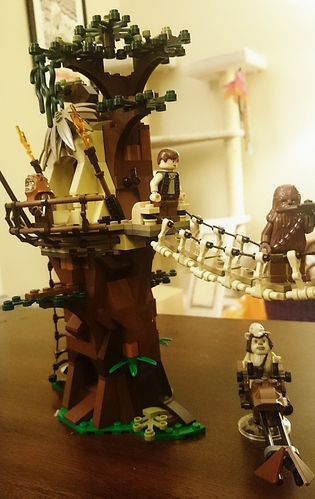 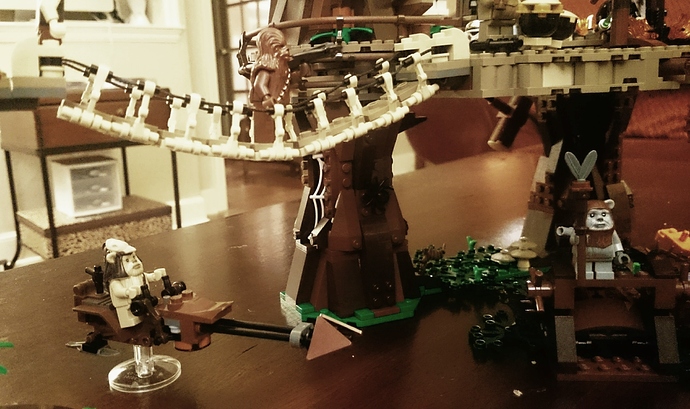 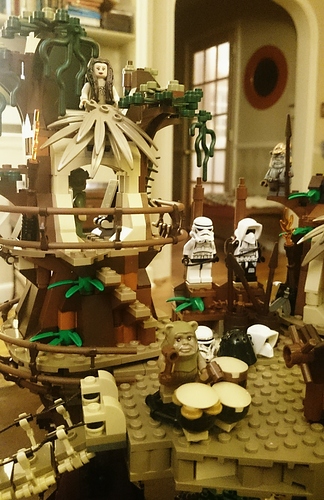 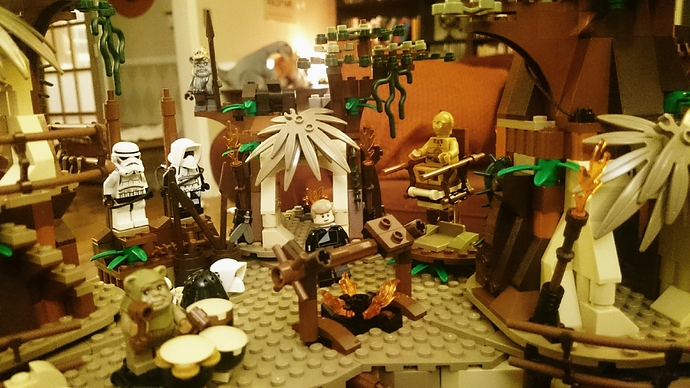 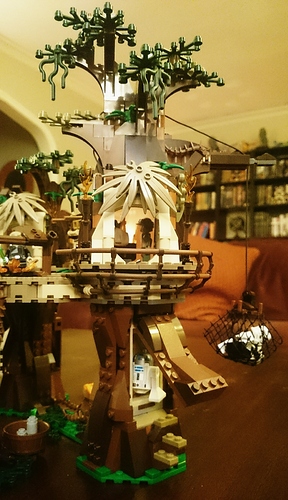 This is going to be part of my Forbidden Forest downstairs. I think Hagrid will enjoy the Ewoks, and Aragog will feel right at home.

I can roast people on a spit and there are secret hidden Ewok love notes and I can smash people between two logs and there’s a lab where the bat wing gliders are designed and 3P0 can float. It’s amazing.

That is amazing! Looks cool and must be great therapy too! Really great job!

It is incredibly soothing to do these. Unfortunately, it also gets pretty expensive!

I’m pretty sure at least part of the debt I continue to carry was to support my son’s Lego habit.

I was going to get my nephews the ewok village for Christmas until I saw the price.

Yeah, it’s one of their special collector’s series sets.

keep trawling eBay, waiting for some exasperated mom to put one up there for a reasonable price.

@Rhubot you must have a nice income …amazing pics of the ewoks…I’m so proud of you.

Yeah Nice Job @Rhubot!
You must have lots of patience!
Of course you do … You’re a Mod

Ha, thank you! I used to have a nice income, but now that I’m a student again, it’s pretty much nothing. This was Christmas money and fierce bargain hunting.

Lololol legos are a breeze after this place some days

My co-person moaned, “oh no, oh no,” and then retired to her side of the house, apparently unable to deal with the meltdown she was certain was coming.

But! I managed to find almost all of it - I am still missing four pieces, but I was able to jerry-rig replacements for them out of my stash - and reassemble it.

I still have one extra piece that I haven’t figured out where it was meant to go, so the whole thing will probably explode overnight. But it looks okay for now.

Maybe you can get your cats to help find the missing lego pieces. My mom’s cats have an uncanny ability to find small objects around her house and bring them to her.

I am counting on this very thing happening. Gus is a warm, snuggly lego magnet.