Due to recent developments- please read

What is a site TOS?

I feel for you mom. I have sleep problems too- it messes up your life.

The rules make very little sense. It’s a PG-13 mindset when the onset of schizophrenia in the vast majority of cases is somewhere between late teens up to your 30’s, but usually in your 20s…

We’re being treated like children when the vast majority of us are adults and punished like we’re in a psych ward.

But I’m not surprised to hear this, you have a very authoritarian mindset. And like all authoritarians you don’t care I am saying this or whatever anyone else has to say. You state your opinion, lock threads and ban people with no recourse. The rules say this site is run democratically, I don’t see it.

Our community is simply a group of friends giving and getting feedback from each other. We try to run our site democratically. We do have an administrative staff, but they are often busy elsewhere with their duties. 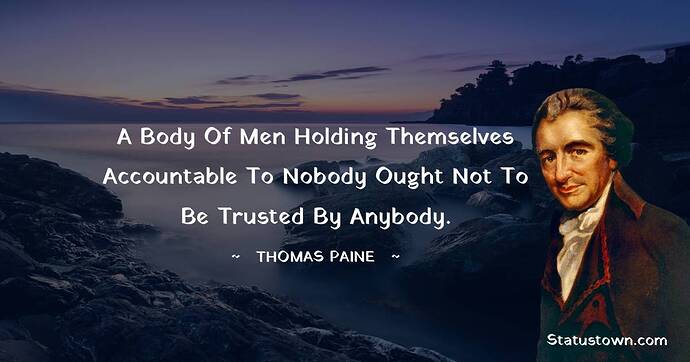 I prefer the pg-13 setting. It eliminates most triggering content. Its a small price to pay for a safe enjoyable forum

Which rules in particular bother you? Most of them make sense to me. The objective I think is to create a recovery oriented site first…the site being a social media type of place comes as secondary. I think pretty much all the rules are geared towards this goal, and to keep everything civil.

@Headspark I didn’t make the rules. Just enforce them. And as I srated, we don’t even fully enforce. Such as the cursing and typing to get around the filter. How often do people do that?

Authoritarian, that’s actually pretty funny. When have I suspended you? I’ve responded to exactly one thread flag on you recently which sent you into a flying duck fit. Over a FLAG. You could easily edit the post and it would unhidden.

I knew there’d be pushback from certain members. Basically the ones that can’t stand following any rules or just want to be as offensive as they want without limits.

And as for being treated like children, well part of being an adult is following the rules of public and private spaces. This is a privately owned space that is being provided as a place of safe support free of charge and free from repetitive, in your face advertising.

I’d think being a little more respectful of that is not uncalled for.

I don’t think it is wrong to expect people to maintain a civil tone on this site. Many schizophrenics have very shaky self images, and they are sensitive to criticism. It is best to follow basic manners.

This forum does on most occasions cater to the whiners…that’s my issue.

The reason I vacated last time? I used the word ‘fabulous’ in a gay thread. My post was flagged and I got suspended for a day for trying to defend my position.

I know I’m not everyone’s cup of tea, but I thought that was all just a tad extreme.

Thomas Paine was avidly against authority which is why most of the thirteen colonies distanced themselves from him as time progressed. I think it’s pretty sensible to agree that some authority is needed for things to run smoothly, as did the forefathers of this country when they founded America. Using a quote from Thomas Paine doesn’t help your argument in my view.

The objective I think is to create a recovery oriented site first…the site being a social media type of place comes as secondary.

I think that’s a good point. I’m sure it’s easy to lose sight of that when you spend so much time here, me included.

The clear majority of us are adults with schizophrenia.

It’s an insult when the Mods give more weight to the affliction…and ignore the fact that we all aren’t little children who require time-outs.

Having said my piece in the above post, I imagine ‘Moderator Burnout’ can be a thing.

So I suggest rotating Moderators…giving the regular Mods a break once and a while…to come back to the fold without having to read and monitor every fart that is let.

giving the regular Mods a break once and a while

This happens frequently. Mods will usually let the other mods know when they are taking a break for whatever reason.

Which rules in particular bother you?

There are a lot of things that are banned that would otherwise be normal adult conversations. For example I’m not ideological but I can’t talk politics with my fellow schizophrenics. I’m agnostic but I can’t debate anything in the religious realm with my fellow schizophrenics. It’s the lack of intellectual freedom that bothers me. I get there are gonna be a bunch of people that’ll go off the rails with those topics but we’re catering to the lowest common denominator by outright banning it.

A lot of people on this site have few or no friends, yet they are intelligent. I would like to know what they have to think on these kinds of topics. Not to get in nasty fights with them but to learn from them. There are a variety of perspectives I’ve heard on this forum on other topics that I’ve never heard before from “normal” people.

Authoritarian, that’s actually pretty funny. When have I suspended you? I’ve responded to exactly one thread flag on you recently which sent you into a flying duck fit. Over a FLAG. You could easily edit the post and it would unhidden.

I get an authoritarian vibe from you, just reading what you write when locking posts. As for suspensions I was suspended a long time ago when I was relatively new for a stupid joke I made. I don’t know the mod that suspended me but you made comments in that thread about what ensued.

I could have edited the post but it would have been flagged again unless I totally changed it. It was just a flirty little comment directed to a person that said I looked hot. It wasn’t even that salacious, Amy on The Big Bang Theory wore the same clothes that I suggested in the comment on an episode. It had nothing to do with whoever flagged it and if it can be shown on one of the longest running most popular sitcoms, I don’t think it’s a big deal. I noted in my rant it should show who flags the post. Right now you get can get flagged and can’t confront the person that did it.

My problem isn’t with authority in general, I recognize we need it, it has to do with that authority being accountable to the people they govern.

Oh dont you worry, Ill follow the rules. @ZombieMombie i just got done reading all the site rules.

I think over-moderation causes an undercurrent of bitterness.

I can count several highly intelligent and engaging posters who have left this forum because of this.