Does anyone suffer from this symptom? What should I do about it?

Ever since I had my first psychotic episode I have been dealing with symptoms. Right out of the hospital the intrusive thoughts and audio hallucinations bothered me for 2 months.

After a med change my only symptoms were paranoia anhedonia and stereotyped thinking. That stage lasted for about half a year.

I was committed inpatient right before summer 2016 and my psychiatrist tried me on new meds which alleviated all of my negative symptoms with the exception of one: alogia. I have had severe alogia ever since summer 2015 and it is the only symptom of mine which has persisted all this time (I do have mild cognitive issues alongside).

It wouldn’t be fair if I neglected to mention that the alogia was cured for about a week during my second visit to the hospital when the doctor started me on seroquel. Unfortunately the day after I got back the alogia largely returned and I have been suffering from the absence of speech ever since then.

Now I am approaching my 3rd semester at community college and I am unsure whether or not I should register for classes as I feel like the alogia might represent an intrinsic cognitive deficit which would limit me in my studies.

The thing that really bothers me is the comparison between what I was like before schizophrenia and afterward. I used to be exceptionally mentally sharp and talkative. Now I’m struglling to put together a sentence.

My question to you is, how do you think I can deal with the symptom alogia and get my ability to participate in conversations back? Are there any drugs or other therapies you think might be useful?

I like the phrase if you don’t use it you lose it.

I found becoming a peer support volunteer helped enormously with this.

“The thing that really bothers me is the comparison between what I was like before schizophrenia and afterward. I used to be exceptionally mentally sharp and talkative. Now I’m struglling to put together a sentence”…

I totally understand what you mean. Tried explaining it to my pdoc but failed. He just told me I should try harder to talk! Wish I knew something that can help.

Seroquel cured me for about 5 days, other than that its been a constant struggle. My pdoc just avoids the subject whenever i bring it up. Thats why i say modern medicine has failed me.

I’m on Abilify (and Prozac) the combination of the two have helped a lot with the positive symptoms and anxieties but it doesn’t seem to help with the negative symptoms.

In 1963, when I was first hospitalized, I fell mute. I continued this way into the next two years. I could get whatever i wanted from people by being mute. They just assumed I should be taken care of. I wouldn’t talk to anyone. But I was mute for a reason. I chose to be silent. It was my way of disagreeing with the psychiatrist for committing me involuntarily. It was a free choice, not something the illness did to me. Now, today, after carefully considering the effects of my speech on other people and the thinking that both precedes and follows upon my speaking with them, I have become deeply alogical. It is something I have chosen freely, not something caused by my illness. I feel my speech creates misunderstanding rather than understanding. It is built into the words we have today to express ourselves with and the era in which we live, and into the complicated way I have of seeing the world, myself and other people. Anyone would say so, but very few can see that this is true.

When I was in preschool I used to have selective mutism which basically means I was reluctant to ever speak to my teachers at school. If I wanted something or wanted to go to the bathroom I would just point or gesture. Similar to what you have described my mutism wasn’t caused by a cognitive deficit rather It was a choice I made at the time because it was what I felt like doing.

If you really think about it people around you will rarely notice if you start speaking alot less than expected because people are so caught up in saying what they want to say and making sure that they are heard.

I saw a picture that indicates that abilify is good for alogia. 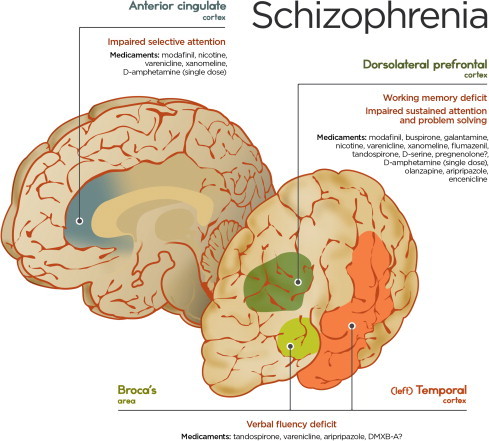 Yes. It is true. Everyone is talking today. People mistakenly think they are being heard. They think by talking, they will be understood.
By the way, you could say our mutism and alogia is just being willful. You can say anything at all. You could say it’s herk.

Maybe it would work for you but so far, it hasn’t for me or at least I still struggle with it. Maybe it’s better than it would be without it. Dunno.

Looking at your writing it seems you’re very apt and thinking logically and writing is very coherent, but I don’t understand alogia? Is it anxiety to talk or. Nothing comes to. Mind? Maybe talking with family. And friends will definitely help situation. Talking with someone who cares? Hope you get better…

@MindJam talking is actually the core issue here, I can’t talk to my family or any of the people I meet because of the alogia. It has led to me feeling very lonely and isolated.

in my case, my low ability to talk comes because of the lack of ideas in my head or sometimes I dont wanna show myself as bad, I try too hard to not bless someone. I cant think very well and I guess its not your case… my pdoc thought I would be better with the ideas on meds but I got depressed years ago si I am not sure if meds will work. but continue taking them, they seem to help a lot of people on this point here

I didn’t even know the term but apparently I had alogia for some time after my psychotic break. I had to look it up. It did seem to get better with time for me though. I think that I’m recovering what I lost in my personalty and cognitive comprehension. Does it seem to be getting better for you? Also in college most of the classes I’ve taken they usually just judge you by what you write. So you could still do it. However I understand why you wouldn’t want to. I have many bad memories from hallucinations while at college.

If you don’t mind my asking what was the time scale like for your recovery. To clarify I mean how long did it take before the alogia started to get better (how many months).

Unfortunately it doesn’t seem to be getting better for me. Everyday is the same as the last and it has been so since 12 months back.

I do feel like I could do decently in the classes after all its just community college. But at the same time I feel as if my capacity to learn is somewhat impaired. I can’t exactly present it to you definitively and say ‘there it is’ but I feel like something crucial is missing.

It was a slow process. It has been like 2 years and family has stated that they can finally feel that I’m coming back. For a while I cursed the meds because I thought that was it. I think it is the psychosis though that caused mine.

Sometimes a kind soul will speak to me and trigger feelings that I want to talk again. I might talk for a while, but sink back into silence again.