Do u drink milk? Poll

I attribute the calcium in milk that i used to drink all the time as a kid (about every meal) to my bones not turning into mush during my car wreck which wasnt really an accident. It might not be true but anyway, Thank you Milk! 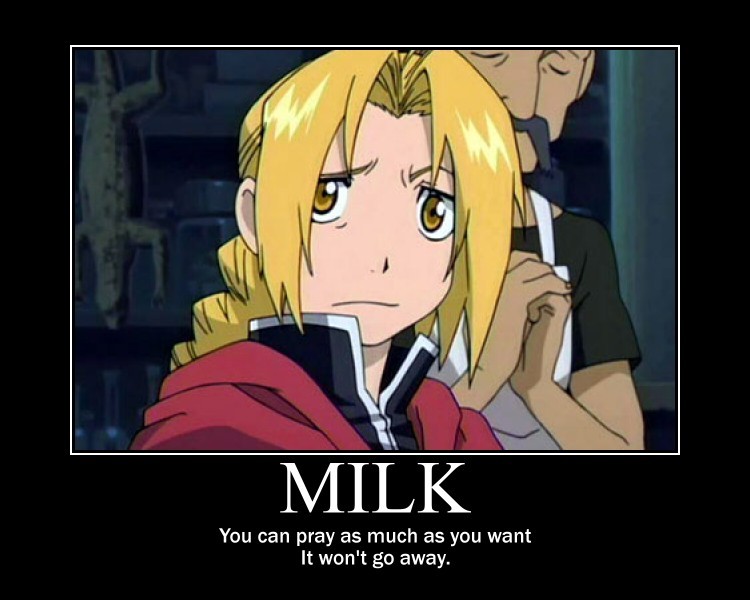 Maybe it’s just me, but this poll seems a little frivolous. Seems the poll option is making a comeback in an epic way.

At heart I’m a milk addict but since I started my diet I haven’t had milk.

I only drink milk with something sweet. Quite a bit. It’s a big part of my high protein diet, as I don’t cook much.

I don’t thinnk this poll is all frivolous. People have various opinions about the subject based on various current ideas which affect their lives. I stick with what is familiar, though.

(I read every one else’s replies and added ‘all’ before ‘frivolous’.) Just being half/honest.

For several years as a kid I drank three or more glasses of chocolate milk a day. Then as an adult I drank plain milk and took an acid reducer to make my GERD go away when it would bother me until I got prescribed protonix after a colonoscopy revealed I had damage in my esophagus from acid reflux.

I seem to have heartburn everyday and try to counteract it with a big glass of milk!

I drink three gallons of 1% fat milk a week. I’m thinking about changing that. This guy on the internet said that milk can cause inflammation in the body. Sometimes I think I feel that after I work out.

My mom just quit milk. Before that she was having diarrhea and pain in the intestines, I told her it had to be the milk. She quit, now she’s all good.

I drink milk, I produced milk, I love milk, oh and there is also a milky way!

Milk with cereal every morning.

Maybe it’s just me, but this poll seems a little frivolous.

Its ok - its in the Lounge. you don’t need to participate if you don’t want to.

Personally - I drink a little milk - but mostly non-fat, and have been trying to drink more water so I can lose some weight. I think if you’re over the age of 15 you really don’t need much milk, especially if you get calcium from other sources like spinach, or a multivitamin or cheese.