Car thieves, what should I do?

Yesterday someone got on our property and garage. He looked inside my mother’s Lexus jeep for a while until I got out and talked to him. I regret not taking a pic and a video of him. When I told him why is he looking at our car he said he dropped his keys under the car then changed his mind and was looking elswhere. I am pretty sure he’s lying. He gave me his number to call but I never called as I think its a fake number. Then he got into a car full of guys that was parked nearby.

What should we do? Last night my mother put the other jeep thats old from 2009 and worthless infront of the garage blocking access to the Lexus jeep.

He was clearly looking at the inside of the car through the window.

Lots of car thieves here lately I read in the news. A few weeks ago Police were hunting car thieves and knocked on my uncle’s door to get into his backyard as the thieves were hiding in people’s backyard. Also a few years ago my friend’s father car Toyota van got stolen at night. They wokeup and there was no car.

They didn’t take anything or do anything, so I’m not sure there’s anything to do. You can always call the police and ask what to do.

Sounds like he was thinking about what was IN the jeep. Maybe empty it of all valuables for the next couple months

Just be smart though so that in the future if this happens again and the people look ■■■■■■ up then do not confront them. Call the police instead.

Don’t mess with thieves. Your life is more important than even a car.

I should have told him to miss call me. I didn’t think about it.

Yea she got insurance.

They’re unpredictable.
You won’t know how far they will go.
If they are armed.

Last summer my right neighbors got their house stolen. Thieves got in through the window.

There was nothing valuable in the car.

Online they say Lexus jeeps are the 2nd most stolen cars in Canada after the Honda CRV jeep.

xus jeeps are the 2nd most stolen cars in Canada

Just saw this about Canadian stolen cars sent overseas. And how easy it is.

This was like a tutorial on how to do it.

Just saw this about Canadian stolen cars sent overseas. And how easy it is.

Yea when my friend’s father Toyota van got stolen the police told them they can’t do anything as the car was probably disassembled and sold in parts or was sent to Africa.

Watching that news clip - i don’t think you can stop them. They can do it in minutes.

Also they have some signal amplifier and if you have a keyless car starter, if your keys are close enough to the car. They can start unlock and start your car with your own keys in the house. 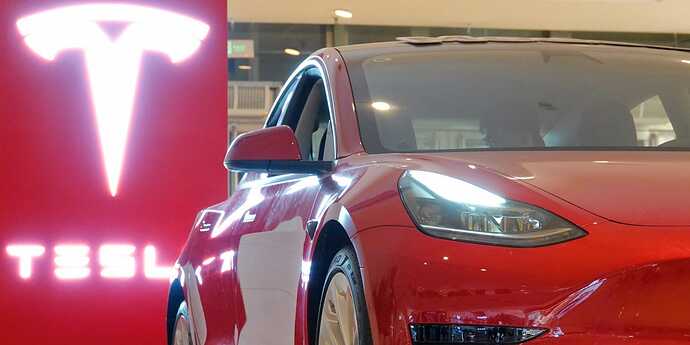 A 19-year-old security researcher describes how he remotely hacked into over...

The hacker would be able to unlock the doors, start keyless driving, and view the car's location, as well as turn on the stereo or honk the horn.

Even Teslas can be hacked, crazy.

Put a hidden kill switch in the valuable vehicles. It turns off the fuel pump. They can’t start it without locating the switch.

In south africa they attach flamethrowers to the car. If someone tries to acsess it. It’s sets off the flamethrower. Probably never will be legal in western countries though.