Can you have denial of autism/ASD/aspergers?

I believe I had denial of ASD. Peeps say that autistic people usually have limited or no insight of self.

if you have autism you find it hard to read the emotions of others, for example other person making a funny facial expression and you not able to understand whether they are making fun of you or not.

in mental disorders anhedonia, flat affect etc can make a person hard to read people but it only appear after the start of illness while in autism its present from birth itself. this can distinguish between mental disease and autism.

is it possible that i have both? my doc thinks i have negative symptoms and she knows im autistic

yes both can occur at same time. for autism no need of any treatment while for mental disease treatment needed especially if its affecting normal functioning.

well depends what level of autism is it, level 3 needs treatment fo sure

Autism more often than usual, but not always, goes together with alexythymia. Which is if a person finds it difficult to identity and describe emotions in self and others. It is something one can learn to get better at. I think it is what makes it difficult to see your own autism too. 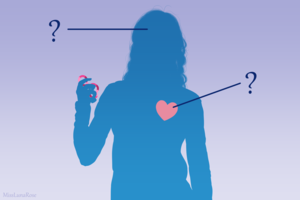 Alexithymia is a personal trait characterized by the subclinical inability to identify and describe emotions experienced by one's self or others. The core characteristics of alexithymia are marked dysfunction in emotional awareness, social attachment, and interpersonal relating. Furthermore, people with alexithymia have difficulty in distinguishing and appreciating the emotions of others, which is thought to lead to unempathic and ineffective emotional responding. Alexithymia occurs in a Alexithy...

Last, autism and schizophrenia can go together, in which case there may be negative symptoms too.

Oh, sorry. Maybe they also call it negative symptoms without sz and i was saying it wrong! Dont be confused: im a non-native speaker and a lay person, trust the psych first. If they say you have no sz, trust that you dont. I dont know your diagnosis.

I do know it is possible to have flat or heightened emotions without sz, for all sorts of reasons.

Maybe just start from the idea of not having it for now. I only knew the term negative symptoms as connected to sz, it is how it is used here. But i just read that it is sometimes used more loosely to describe similar symptoms in other issues (e.g. psychosis, depression).

but what if i have it?

They would have told you so!