Autism as well as Schizophrenia

Have any of you be given an autistic as well as Schizophrenic diagnosis?
Here is a copy of some of my medical record. 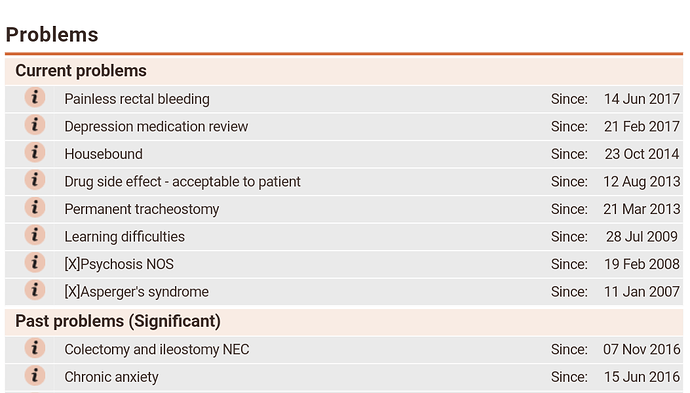 It is possible to have both. @velociraptor does and there are a few others here that I think do, but I don’t remember exactly if they said so, so I’ll leave it up to them to come forward or not. But in the medical records you posted it says “Psychosis NOS”. That is not the same diagnosis as schizophrenia. You could ask your doctor/therapist to give you a clarification and reason for your diagnosis if you want one.

After the diagnosis of Psychosis nos I was given a diagnosis of schizoaffective disorder and schizophrenia when I have been in different hospitals, this record is just from my GP surgery.

Life is not easy when I look at your medical records. Please stay strong. 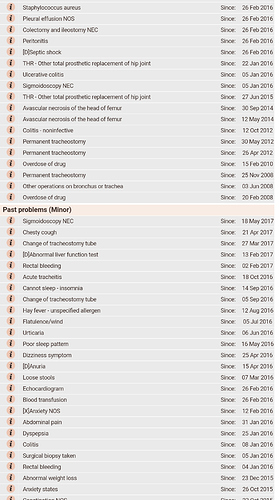 I am almost panicked. The way your GP keeps track of your medical conditions.

I was diagnosed as an adult. I was discussing what I thought was a schizophrenia symptom with a doctor and he said, “whoa”, that’s ASD. Especially since I’d had it since a child. Synesthaesia. I am able to “see” music and sound in my mind as shifting patterns. So he felt, from what I described, that I had classic high-functioning ASD as a kid and that the SZ landed on top of it when I was a young adult.

It’s a possible diagnosis, but a rare one. My main super power is sticking out like a damned huge thumb wherever I go.

I also stood out from all the other kids and didn’t get diagnosed until I was an adult, even the teachers at school would say that I was in my own little world, even now my world of reality is different to everyone else.

Yes I had. I have ASD as well as psychosis-NOS.

Psychosis in autism: comparison of the features of both conditions in a dually...

BackgroundThere is limited information on the presentation and characteristics of psychotic illness experienced by people with autism spectrum disorder (ASD).AimsTo describe autistic and psychotic phenomenology in a group of individuals with comorbid...

Says those with ASD are more likely to have atypical psychosis.

Once the psychiatric label is given often professionals lack the intelligence to look beyond that.

I had a good track record of being functional and employed well before the ASD diagnosis. While I’ve enjoyed the personal clarification, not having it wouldn’t have been make or break.

I have been diagnosed by over six psychiatrists as schizophrenic .

I have been diagnosed with post traumatic stress by psychiatrist as well.

I have been diagnosed to be in Asperger spectrum by a clinical psychologist.
That I have Aspergers which is high functioning autism I think.

I do go mute sometimes and have difficulties socialising etc but a lot due to paranoia etc which I believe is real.

My mum thinks I have Aspergers.

She does not accept the diagnosis of schizophrenia.

She does not accept the diagnosis of schizophrenia.

My family has a difficult time accepting my SZA diagnosis.
They always kept telling me that I suffered with pure bipolar.
Recently things are starting to change.
More and more they are coming to grips with my Schiz DX.

For me, I think I would have been a lot more functional with proper support for my learning and social difficulties.

For me, I think I would have been a lot more functional with proper support for my learning and social difficulties.

I do believe you have mentioned this on occasion.