Arguably, the greatest fight ever

If you know the background and the events leading up to it. It was 1974. World Heavyweight Champion George Foreman was looked upon as an unbeatable monster who destroyed his opponents; usually in the first few rounds. Muhammad Ali had been stripped of his title and lost his best years. Very few people thought he had a chance against Foreman. Except Ali himself…Ali did his “rope-a-dope” throughout the first 7 rounds, standing on the ropes and letting Foreman whale away and punch himself out. Then this happened in the 8th round, 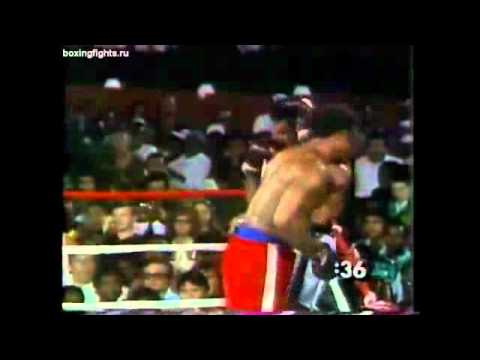 Pfft. You haven’t seen my daughter trimming the cat’s claws. THAT is a fight.

I just don’t get excited about boxing.

I remember Foreman’s last fight. I don’t remember who it was against but I remember feeling like the judges gave it to him (it wasn’t a fight that ended by KO).

I miss the 90s when boxing was all the rage. My granddad and I used to watch pay per view fights all the time. We even watched the live fight where Evander’s ear was bitten off by Mike Tyson.

I wonder why the sport declined so much with regards to public interest.

I did the rope a dope once

Ali usually did pretty well against those huge, monster fighters. He made short work against Sonny Liston. Ali had a little trouble with smaller fighters with a lot of firepower like Joe Frasier. They never fought, but Ali had a lot of respect for Rocky Marciano. If you don’t believe me, check out “Mohammed Ali” talks about Rocky Marciano on Youtube.

Dont know who they are.

I bet you’ve never seen 2 cats fighting over a scoop of peanut butter.