Any PTSDers here? Warning: might be graphic or disturbing

I have a new shiny diagnosis of PTSD. My pdoc made it a couple months ago.

When I was 19, almost 20, I went to my dad’s apartment. I went in and saw him lying dead on the floor of his bedroom, shotgun next to his body. His head was gone, all that was left was the lower left jaw. The room was totally covered in blood and flesh. Bits of skull were everywhere, and the ceiling fan was peppered with shotgun pellets. He had been dead almost 3 weeks. The whole room was stunningly awful, and when I first walked in, my only response was to mutter, “Wow.”

To this day I have nightmares about it. Even last night I had a dream about my dad. I can be plodding along through the day, and out of nowhere I am bombarded with memories of that fateful room. I’ll relive it over and over. I guess you could call them “flashbacks.”

My pdoc mentioned a med called Prazosin for treatment of it. Once my Thorazine gets to a suitable dosage, we’re going to see about Prazosin.

How do you deal with it? What are some good coping skills you’ve developed?

I’ll relive it over and over. I guess you could call them “flashbacks.”

I know exactly what you mean. I won’t elaborate on my experiences but yeah, it sucks. Sometimes certain smells set it off. There was a long period where I’d sleep fully clothed on top of my made bed. Still don’t like people touching me. Meds just cover it up for me. Talking about it to my therapist has helped the most I think. There isn’t one day that passes that I do not think about it.

Hi! My condolences on your loss and pain. I’ve got chronic ptsd in addition to schizo-affective disorder (paranoid subtype) and non-specified anxiety disorder. I take an anti-psychotic, anti-depressant, anti-anxiety, and mood stabilizer…and medicinal cannabis.

I have ways which are probably not the most ideal. This is going to spark controversy, but it’s my truth. I do not push this onto you. Do not try this at home. Do not try this without supervision. ***
—>medicinal cannabis

There is still a lot of scientific medical research which is now emerging since the ban on medicinal cannabis lifted in some states. Yes, I acknowledge the scientific studies that find some link between smoking in your youth and an increase in the probability that you will develop schizophrenia in later life…I also acknowledge the scientific studies that show a percentage of schizophrenics will have adverse reactions to cannabis (i.e. everything is too loud, increase in voice loudness).

However, the negatives were only when I started smoking after a period of not smoking (temporary fear and loudness). I smoke cannabis for the ptsd and now i don’t dream or feel suicidal or feel the urge to self harm. I went without cannabis for a few years and stayed only on my anti-depressant, anti-anxiety, mood stabilizer, and anti-psychotic medicine and to be honest I got depressed and had to stop during the day to lay down and just kind of “go through it” like it was quick bursts of electric shock memories that I’d just let wash over me for about 10 to 20 minutes at a time. After some time, I felt like self-harming so I started smoking cannabis again and now I’ve been pretty much smoking nightly before bed, once in the morning and once or twice in my down town, and my ptsd related stuff has gone down a lot. I reduced the amount of time I spend on the bed going through those sensations and I don’t have bad dreams. On the other hand…it costs a lot of money and it’s frowned upon by everybody.

The other method I use is intense, prolonged exercise to the point of physical and emotional exhaustion where I can barely walk. I feel empty of negativity and at peace. Plus, it’s good for keeping the diabetes risk lowered.

Best wishes to you! I hope you find something that works for you! My condolences.

I’m so sorry that happened to you. No one should have to experience that. The thing that helped the most for me was talking about my traumatic experiences with a therapist, and later, with a trusted friend. The words were so painful to get out, but over time, it got easier to say things, The more I talked, the less power it had over me. I found it easier to talk about when I was playing puzzle games, because it kept me emotionally detached from the story. It turned those painful memories into mere words. I found out later that this is an actual approved PTSD treatment called Tetris therapy. I don’t know yet how to deal with a flashback, other than curl up in a ball and wait for it to be over. If you figure that out, let me know.

Besides flashbacks, I also get a more insidious creeping anxiety that slowly rises when I find myself exposed to certain stimuli. It can turn into a full-blown panic attack, but I’ve learned that if I force myself to do a simple task that requires basic concentration, the anxiety slowly dissipates. I do basic cleaning or bake cookies. Those are relaxing activities that take up all my concentration, so there’s no room left for panic. I learned this method as an ABA counselor. We would use it to calm down our students all the time. It definitely works for a wide range of people.

I know that notmoses had a diagnose of ptsd.

That sounds horrible. I am so sorry you had to experience that.

I too have PTSD, but it’s not so much one specific big event, but several periods of many smaller fearful events. Before I became psychotic I had EMDR and it helped somewhat against the fear and flashbacks. When you also have psychosis, not every therapist wants to do EMDR though, because it needs reliving the traumatic event, which can send you into psychosis. After my psychosis they refused to let me have more EMDR. I have always found that weird, since I was reliving the events anyway, by myself.

I have also read about cannabidiol (one element of cannabis) helping suppress traumatic memories.

Benzodiazepines btw are said to worsen PTSD in the long term and this was also the case in me.

i had ptsd for decades…now it is has gone.
because of about 2 years of cbt with a clinical psychologist.
you have to be ready to let go of it…and it is not easy.

Expect flashbacks. As a response maybe try thinking about some good times as a child before your father became ill…

I have a new shiny diagnosis of PTSD.

If it was up to me, at least half (probably more like 75%) of all psychotic spectrum patients would have co-existing dx’s of PTSD. (All one has to do is administer certain physiological tests to confirm it.)

Figure this: The symptoms of sz, sza, szt, szf, and the bipolars are usually enough to torture someone sufficiently to throw the autonomic (“fight or flight”) nervous system far enough out of whack (into “freak, freeze and/or fry”) to present with PTSD. Fortunately, the medicinal treatments are almost identical (in no small part because the more recently educated p-docs understand what they are looking at physiologically in ways the old farts often don’t). And the only real difference in the psycho-social / psycho-therapeutic tx’s is in the first few weeks (if that).

OH… and those psycho-therapies would be…

Then a meta-mantra like this one so the patient can keep the lid on the can – or get it back on real quick when it blows off:

Hi notmoses, Could you please write a little bit about the physiology of ptsd and which medicines and why?

physiology of ptsd and which medicines and why?

Listed below in creasing order of sophistication, intellectual challenge and research-supported authentication. (NCBI is almost always the best source out there.) 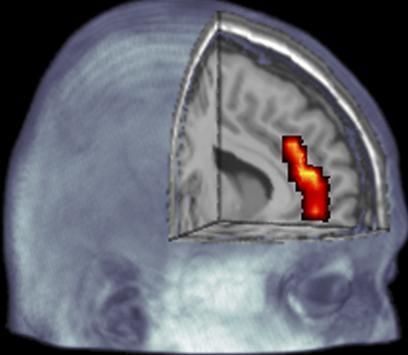 The Anatomy of Posttraumatic Stress Disorder

What parts of the brain are involved in posttraumatic stress disorder?

Changes in brain anatomy during the course of PTSD

The goal of this study was to determine whether PTSD was associated with an increase in time-related decline in macrostructural brain volume and whether these changes were associated with accelerated cognitive decline. To quantify brain structure, 3...

Best meds: Anti-Ps, hands down. Side effects there are, but in non-sz PTSD, the sfx are greatly reduced because dosage is much lower. That said, some PTSD pts do need – and benefit from use of – anti-D’s and mood levelers.

What is almost always crucial for PTSD patients, however, is some combination of life-style-change and self-management-skills-building psychotherapies. The CBTs are still the most commonly used, but DBT and MBSR are rapidly overtaking the CBTs as the leading p/t of choice now. Other good ones are also listed below.

Get two or more of those “down,” and one can use the skills therefrom in this way to combat the delusional thinking and emotional reactivity typical of PTSD very quickly:

Thank you very much:)