Any book that changed your life

Has anyone felt there was a change in your life after reading a particular book? Name the book.

This book taught me how to be assertive.

Financial & Management Accounting textbooks gave me better insight on how businesses work. Marketing and Organizational Behavior were intriguing textbooks. I liked the concepts from Microeconomics and Macroeconomics.

First, a graphic novel, Bottomless Bellybutton by Dash Shaw. Gave me some perspective on love and family.

Under the Wolf Under the Dog by Adam Rapp, which is sort of like a modern version of The Catcher in The Rye. Helped me with some issues I had as a teen with coming of age.

Just So Stories by Ruyard Kipling, Aesop’s Fables, and books on Greek and Roman mythology when I was young.

Kropotkin’s ‘Mutual Aid’. It gave a scientific basis to cooperation in contrast to solitary competition, and is an anarchist classic. Give it a go!

I once read the whole Dictionary.

The Zebra did it!

(But the Aardvark started it!)

The Book Thief by Markus Zusak. I read it in 7th grade. It moved me to care more about the little things in life and enjoy them because of the fragility of life and how it should have positives even in the bad times, like books.

But truthfully I get more out of Calvin and Hobbes or any comic book with cool art and awesome storyline.

I love the books that are hidden gems. Robert cormier wrote for a younger generation but I like all of his books.

many books
i think i made out of books

The most life changing books I’ve ever read were: 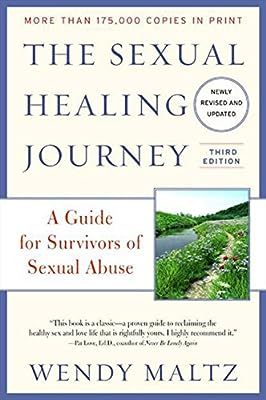 The Sexual Healing Journey: A Guide for Survivors of Sexual Abuse, 3rd Edition

“This classic self-help book offers sound and detailed guidelines for sexual healing. Wendy Maltz stands out for her remarkable combination of wisdom, creativity, and heart.” —Harriet Lerner, Ph.D., a ...

I am a poor reader and have not read that many books.

I love historical novels I think.

I met the author to a book called :so why become vegan by Sandra Kilmler I think her name is.

After my mum and I met her and read her book we both became ethical vegan which was a big change.

I was only vegan eight months but my mum is still a vegan.

I loved margit aandemos series of the ice people but tried reading the first book she ever wrote and got “stuck” so stopped reading it for now.

I r as johanne Hildebrand books :Idun , Freya and saga.
I loved them.
My x zz mum recommended them.

After reading that language and “jävlar annama”…
I thought it was as great.

I read Christian Jacques about Ramses.

I want to go vegan again since even my father is mainly vegan but my bf would not tolerate it in his home and I think I could go psychotic if I became vegan again because I can barely keep it together sometimes as a meat eater without anemia .

Also loooove Fallen by Kate Lauren or is it Lauren Kate.

I have only read one of her books and it was not the first one but I want to buy her other books to the series.