You ever wondered if we are seeing into other dimensions?

So I did some research on good ole physics.

Some world renowned physicist who studies string and multiverse theory claims that we have doppelgangers in 3D space OR Hilbert space. These are the other versions of reality where we went when things reached divergence. This is multiverse basic theory.

Now the notion that there are other universes is held by the greatest in physics. What is interesting to me is that the nature of our voices is not well understood, but the physiology of why we hallucinate is. Perhaps we are getting looks into other realities when we hear and see strange things.

I dunno, it sound insane, yeah everyone knows that it is impulses jumping cortices, too much receptivity of 5HT and D2, but what about the fact that we hear voices saying different things, and that they are often products of our cultures?

I remember hearing about how the brain might have quantum tubules, really narrow vessels, that are so small the weirdness of the quantum world may show itself.

I think they were saying our consciousness may be non-local, i.e. It comes from the collective unconscious or something.

Nobody has a clue what’s going on really. Any guess is as good as another.

I don’t know. I really don’t think everything is nearly as complicated as many theorists like to make it out. It’s just appealing to make it appear that way.

I personally think Joseph C. Pearce’s theory on “fields” pretty much hits the nail on just about everything.

With that said… isn’t the whole Universe a product of energy? The body is just a smaller part of the larger “body”?

“All that thought-power they talk about so scientifically is just each one’s ability to move the different motes of his ego out into the sun. By his power of selecting his own motes of thought, of deciding which will be visible to him, he determines which will become the controlling motive of his actions.It is a great simple power, if you think of it that way–moving your motes in and out of the sun, throwing thoughts intoshadow or into brilliant being, just as you please.” - Stewart Edward White

Now I think stuff like what you’re saying and stuff like this is really cool but don’t get too lost! Stay grounded if you can.

This is multiverse basic theory.

This distresses me. It’s hard enough to get Princess Pixel to clean one bedroom. Multiple bedrooms? I may wind up needing a script for Ativan.

That’s actually something I wonder about

It’s possible, but can’t be proven.

Mouse, I know times are tough for you right now, so I want to toss a question about this at you:

So what if we are? What good does this idea do you? Is it helping get you back on track for returning to school? Will it change the way you behave or make decisions?

A little concerned about you at the moment. Don’t use your isolation to build walls between you and your goals.

I read a science book that said that when we look into the sky, we are looking into the past.

So if I defeat all the other me’s do I get to be the one? I don’t want to go to multiverse prison though …even with super powers…

That’s very true because light from other stars take years to get here.

I sometimes wonder if I have wondered into another dimension or another universe. There are a lot of strange coincidences in my life. That explanation makes more and more sense to me.

Like the other day i saw that the sky was alive, it was quite frightening and also intriguing.

I asked it “how can you keep an eye on everyone exactly?” It said “look at your own body, how do you keep aware of it all, because it’s you.”

And oh yeah, we’re all getting resurrected from the dead by way of interdimensional technology and they were even talking about recreating dinosaurs for us.

the omen though wasn’t so great, it was me murdered by a forced suicide, my hands were tied behind my back so i knew it was a murder.

Believe it or not everything is just that first universe, it’s all just that one universe and dimension, and it’s all alive.

Thank you. I will look up Pearce.

Believe it or not everything is just that first universe, it’s all just that one universe and dimension, and it’s all alive.

The living universe theory, or universe as sensations which are surely constituents of people, used to be more popular in science, I think. Or at least I am finding it expressed in late nineteenth century physicists
Ernst Mach pp18-30 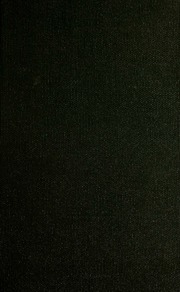 The analysis of sensations, and the relation of the physical to the psychical :...


Karl Pearson pp60-64 who also uses one of Mach’s drawings on page 64
https://archive.org/stream/grammarofscience00pearuoft#page/64/mode/2up
More recently Bohm too, echos Pearce above
"Its (science’s) role is not to give an analysis into constituent parts, but rather to serve as a basis of description, which does not imply the independent existence of the “elements” that are distinguished in this description (e.g., as we may describe a ruler as divided into yards, feet, or inches, without implying that the ruler is ultimately constituted of separately existent “elementary inches” that have been put together in some kind of interaction)." p102
Bohm, D. J., & Hiley, B. J. (1975). On the intuitive understanding of nonlocality as implied by quantum theory. Foundations of Physics, 5(1), 93-109. On the intuitive understanding of nonlocality as implied by quantum theory

We bring out the fact that the essential new quality implied by the quantum theory is nonlocality; i.e., that a system cannot be analyzed into parts whose basic properties do not depend on the state...

If you really want to ponder some neat things, start with your vision.
It’s pretty interesting when you realize all the things you see are, um, what your mind interprets as vision, and may not be what is real after all.

So why is something called a fact when 2 or more can agree it’s what they see exactly?
Then toss in memories for fun. 2 or more people experience the same incident, yet everyone has a different perspective.

Then what if this life of ours is our own hell to experience just until we all learn to get along?

What happened to all those people in the past where the entire populations disappeared?
Was this the collective Gawds just shaking the “etch a sketch?”

sorry, those people disappearing was us, we’re time travellers.

We didn’t hurt them or anything, we took them into the future.

Sometimes I think that is the only explanation for the things I am seeing and experiencing in my life. I have this elaborate belief system that contains a few physical impossibilities that dominates my life. I don’t talk about it much.

It is my basic core belief that we are all connected via one consciousness. I call it Collective Consciousness (CC). It contains all the knowledge, skills and memories of all people who have ever lived. We are all part of it and make it up. Something about the human brain keeps us from experiencing it fully but meditation and brain training can help. CC is a very peaceful thing as it is the epitome of emotional maturity, kindness and respect. It behooves us all to be closer to it. CC is my ‘God’ and that is where we go when we die. We are already connected to it but when we shed our physical body and brain, we experience it fully. I am NOT in any hurry though! This concept came to me during my first psychotic break, however it rang true to me and I still maintain that belief long after the episode was over. I really need to meditate. I think it helps a lot.

I think that our sz diseased brain is creating these images and sounds in our heads and making them appear real.