Who can help me to learn programming c++?

int, float , double ? what are they used for?

I wish I could help you, but I don’t particularly like programming, I prefer chess,
in any case I can’t help you with that.
I hope somebody else can.
I send you my love,
Erez.
@crazy_dancer_arcade_pro I do have advice.
Get a book and try to learn from it.
There are websites from which you can download books for free.

If you Google “free c++ course” there’s a lot of options to investigate. 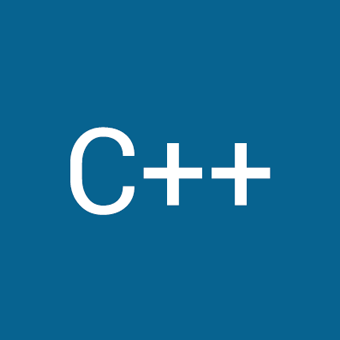 Learn to code for free on SoloLearn

Are you new to programming? I would suggest python. Python is being used for introductory courses to learn computer programming and CS. There are tons of resources for python and other languages online. To learn C++, I would get a good book or take a class at your local college. I never studied C++. It’s supposed to be hard. Just my 2 cents. I’m in no way a programmer but I can program basic stuff. For instance, I can write a 100-200 line program in python. Javascript is pretty popular now a days.

Moved to School and Work.

lol lol just kidding.
pm me. I know some C and C++

Those are the data types. Int is integer and float and double are numbers that have decimals. You have to initialize your variables before you can use them.

I know C++ and Java. So ask away. YouTube is also a great resource.

I’m about to learn the basics of java. coded with C++ for 6 months.

learning any language can be a (cough) fun (cough) challenge for Spooky.

but I did learn Python first…

No habla CS. Can’t help. Sorry. But I do know that if you have a valid library card, you can often access very good courses at Lynda.com for free. It’s an awesome website where you can learn lot’s of things computer related. Even if you pay for a membership, it’s worth it if you actually put in the time to learn.
https://www.lynda.com/

“int” is an integer, a whole number, positive or negative. floats are rarely used. they’re low-precision numbers like you used to see on calculators 3.649383428E+28. That sort of thing. doubles don’t take up much more memory and offer significantly more precision.

can someone explain me what is basic syntax , and how can i use it

it describes as this

When we consider a C++ program, it can be defined as a collection of objects that communicate via invoking each other’s methods. Let us now briefly look into what do class, object, methods and Instance variables mean.

can you comment it to me , cuz it would i understand it more, and be more interesting to learn,

I would try getting “Programming and Principles” book authored by Bjarne Stroustrup, a guy who helped develop C++.

online tutorials are usually poorly brief and require both internet and a computer. a book rarely needs internet. and book readings don’t require a computer, though exercises do.

“Programming and Principles” is the book that my college used to teach beginning C++ programming to freshmen.

learning the basics, of a programming language, takes time. and there’s always more to learn about a program. so a tutor or teacher would be very helpful.

It just doesn’t make sense to use floats, especially nowadays with 64-bit processors (a double is 8 bytes). Floats are only accurate to six significant digits, which makes them good for things like font sizes, but . . . hell, do what you want. Just don’t compare them for equality. I learned that lesson the hard way.

I don’t need to compare them for equality. I use them for stuff like 3d models, color values, physics calculations that need to be calculated as fast as possible, screen coordinates, rotations. I’m not using floats to keep track of money. Being .00000001 off here and there is no big deal. As you get more experience with programming you learn to never say never. And all those micromanaging code tips are a load of crap because everybody figures out their own style.

I’ve read people saying never use “i” as a variable. Well I use “i” as a variable all the time and it works great for me. It always means iteration in my code and I know that. I have my own indentation I use too that keeps my code more compact and on the screen. I’m not scared to use a label when I need one. Another is to make instance variables always private access. Sometimes there is no point in doing that!