The cost of college

Holey Moley! How do y’all afford it?!

My oldest daughter is going to an expensive school, but she got scholarships and grants. Her bio dad is trying to help pay for the rest. I can’t take on any more debt in loans or as a co-signer because I’ll never be able to get a house if my debt to income ratio gets higher (husband’s student loans put us high). It’s just occurred to me that my other two kids may have no way to go to college though. My son is bright attends a trade school where I have no doubt that he will do well. He can probably get a decent scholarship somewhere. He’ll have job experience when he graduates, and we’ll make him save the money he earns, so he’ll have a bit to help him along. I don’t know if it will be enough. My youngest daughter isn’t a good student by any means, and I know it’s probably wrong for a parent to say, but she’s unlikely to get an academic scholarship unless her grades dramatically improve in the next few years. What will we do? We have nothing saved and can’t take on loans. How can I get my kids through college?

What do all of y’all do?

Pay for what you can and have them take out loans for the rest.

We all get out of school in debt up to our eyeballs,

That’s part of the student experience.

Most of the colleges around here run around $25k/yr. for state schools, if not more. Student loans without a cosigner and no credit or only allows a dependent student to take out $5500- $7500 a year.

I’m not sure if it’s offered in every state but I would receive financial aid with a program called FAFSA when I was enrolled in college.

FAFSA is a federal program. It’s through federal loans that you can get the amounts I listed above. Other loans require income, credit, and/or cosigners. It sucks!

I see. I was going to a community college at the time.

For most East Asian families that I know of, the parents pay for everything meaning tuition and living costs if the students are going overseas to study. Studying overseas in English speaking countries such as the US, Canada & Australia is very common for International students coming from Japan, South Korea, Taiwan and Vietnam.

Yeah, I attended community colleges at first and made very little money, so I got Pell grants and didn’t have to take out loans at first. Then, when I went to four-year schools, I was an independent student and was approved for higher loan amounts than dependent students. I never went to super expensive schools though.

i was lucky enough to get a tuition waiver through the state because of my step dads military service and his resulting disability. then i got a scholarships for 5k a year? it still wont cover EVERYTHING but it covers most of it

When my daughter was little I started buying savings bonds. But she hasn’t used them yet

None of my siblings or myself received any help financially i dont think from our parents. Student loans is the way to go for us. Although most ended up just going with a trade in the end anyway.

If i were smart, i would get a trade working with metal as it seems to pay the best, make $45 an hour like my sister does after only 4 years in the biz and then go to school for something fancy.

I think you gotta keep in mind your children might not know exactly what they want to do for the rest of their lives straight outta highschool. This could buy you a couple years. Maybe you can convince your older children that you helped out to repay the favor to the younger ones. Also while college or university is advisable… Not everyone goes… There are alot more apprenticeships then there used to be. Including things geared more to women… Community/social services. By then they could have a child and lead them on a different path.

I think you gotta keep in mind your children might not know exactly what they want to do for the rest of their lives straight outta highschool.

I would say that there are kids who know what they want to do and those who don’t. There are thousands of applications to Ivy League schools such as Harvard, Yale, Princeton and Standford to name a few. Bill Gates & Mark Zuckerberg both went to Harvard both knowing they wanted to start a business.

Attend community college the first two years and then transfer to a four year college. This will help keep the costs down.

You get loans for the education figuring that after she graduates she’ll get a good job and pay them back herself. Doesn’t that pretty much sum it up? 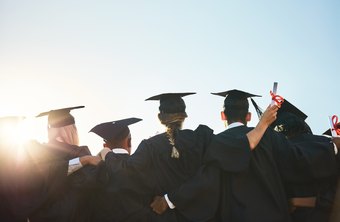 Comparison of Level of Education to Salary

The relationship between education levels and earnings is clearly and accurately expressed in a single sentence: The more education you have, the more money you'll make. The underlying reasons for this phenomenon, however, extend beyond education.

@77nick77 I agree with you that there is a linear relationship with education and salary.

So I thought about it. I really want to go back to work, at least part time. I know I can’t handle full time right now. My student loans have just been discharged, so I can try to work a little. If I make under around $850/month, I can keep my disability. I could save the money and use it towards the kids’ college instead of going back to school myself like I had been planning. That will give me around $8000 a year after taxes that can go towards college. Combined with the $5500-7500 they can take out in Direct government loans, they can add the cost of working to it and get into a school around $20k a year.

My son is in a carpentry program at a special school and will be working two days a week in his junior year and three days a week in his senior year, so he will already have some saved. There is a school about 70 miles from me in that price range that offers Construction Management, which is currently what he plans to major in. He could do that.

My daughter is three years younger than him, so I will only have to pay for both of their expenses for one year. She is the one I worry about the most though. She isn’t a good student. I am secretly hoping she will take an interest in one of the programs at the school my son attends so she will graduate high school knowing a trade. That way, if college isn’t in her future, she will have something to fall back on. I guess we will see what happens. I am an obsessive planner, though, so i am already thinking ahead. She still has a ways to go. I plan to study with her this coming year and go over all homework with her. Maybe that will help. I am going to make her work hard. She is smart but lazy, always wanting to finish quickly.

I got college for free, its so easy here to do it esp if you are on benefits, you can also get a student loan which you only pay back if you earn over £25000 a year lol

I tried to get the Office of Vocational Rehabilitation to send me back to college, but they told me I was a hopeless case and would never get a job. Butt munches.