Some jokes I wrote about the TV show friends

the cast of the TV show “friends” all got hooked on crack, now they’re just “fiends”.

Ross wants to date Rachel but he’s stuck in the friend zone.

Monica and Chandler have sex they are friends with benefits.

the TV show friends should’ve had another season of episodes but in the boardroom they are friendless.

Lisa kudrow is the total opposite of anti social she is friendly.

Matt Leblanc is an alcoholic yes he is a friend of bill w.

in real life Jennifer Anniston and Courtney Cox aren’t friends, it was all pretend.

friends character Joey tribiani is stupid most things he does not comprehend.

if I said anything bad about the cast of friends it was my bad I did not mean to offend.

Ha. I had all ten seasons on DVD. Every show. I had to sell them because my new room was too small to have a DVD player. 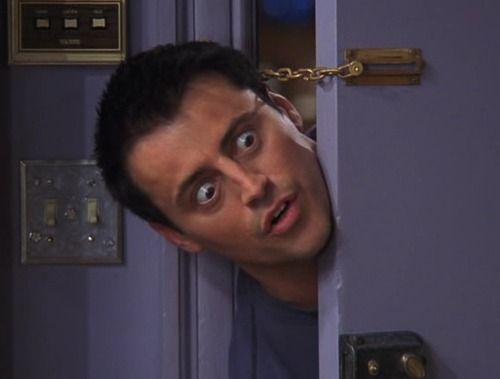 i love phoebe and chandler! always had the funniest lines.

I’m going to have my own show. I’ll call it “Enemies” and I’ll play all six parts myself.

I never understood why Joey and Phoebe never dated. They teased that often and I think it would’ve had some good comedy. Joey and Chandler are my fav characters. I watch Friends quite often.

The joke I made up about that show was…

opposites are similar, dry and wet are both quantities of water, boys and men are both human males, left and right are both directions, etcetera

Ross and Rachel stole Monica and Chandler’s thunder by upstaging them, now they are enemies.

relate the two together. the first 300 jokes are probably the hardest.

ever see the Seinfeld episode about the valet who stinks up Jerry’s car? Joey and Chandler wouldn’t let Rachel drive that car because friends don’t let friends drive cars that smell like skunk and neither does Seinfeld.

I’ll usually just think for 1-5 minutes to write one joke.

Ever see the episode where Phoebe convinces George Costanza not to kill himself? What a nice gesture.

I’m just trying to be a better French fry, my name is curl.