What I’m worried about right now. I have schizophrenia but the medications have stopped working and the same for my mom. My mom has a Genetic illness CMT which is rare and causes decreased mylination and degenerates the tissue between nerves over a life-time. It causes effects similar to muscular dystrophy and issues with pain in the hands and decreased flexibility.

I still attempted to do soccer and basketball in HS but it has gotten worse over time. I think my mental health issue is related somehow to CMT but it hasn’t been studied enough but it may be something else. like say I had a Genetic disease I have something related to a Gene that Got copied twice. PM22 or something like that, and the copies of one Gene caused a chain reaction causing some mysterious virus type Gene that made me different made me have schizophrenia and an over-active immune system. I have had issues lately related to inflammatory response and immunity.

I have had blood clots, sleep issues, headaches…and the “poison ivy” isn’t poison ivy, its every single time I am in the presence of a certain person I have broken out into hives. This person is also unvaccinated. Not sure the link. I mean it seems like the unvaccinated can handle being around the unvaccianted the vaxxed only around the vaxxed. No where in between.

Just curious is there a link between having an over-active immune system and schizophrenia and viruses because that’s the main issues I have ever had and genetic mutations.

Like could all of this be linked to a key to somehow resolving what makes schizophrenia unbearable.

This paper discusses the current evidence from animal and human studies for a central role of inflammation in schizophrenia. In animal models, pre- or perinatal elicitation of the immune response may increase immune reactivity throughout life, and... 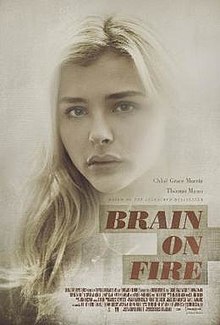 Brain on Fire is a 2016 biographical drama film directed and written by Irish filmmaker Gerard Barrett. The film is based on Susannah Cahalan's memoir Brain on Fire: My Month of Madness and stars Chloë Grace Moretz, Jenny Slate, Thomas Mann, Tyler Perry, Carrie-Anne Moss, and Richard Armitage. The film follows a New York Post writer who begins to suffer a mysterious illness. After being evaluated extensively by many doctors, she was diagnosed to be psychotic. She would have been committed to the ...

Immunopathology of Hyperinflammation in COVID-19

I don’t know. I was able to find some articles on this as well, this one for example: 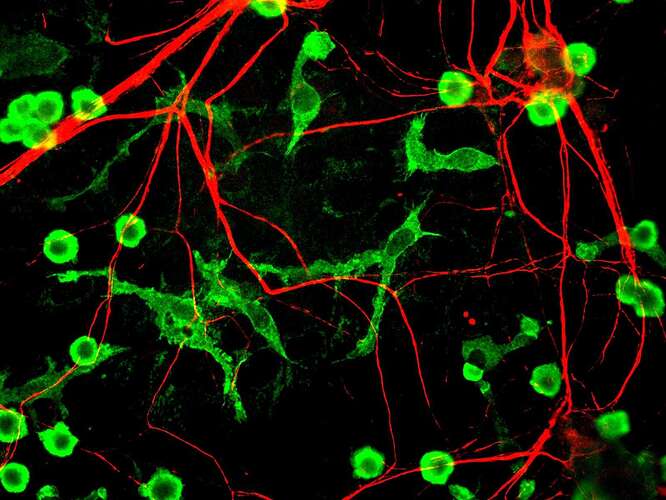 Could An Overactive Immune System Cause Schizophrenia?

But trying to root out the cause of schizophrenia on your own is like trying to find a needle in a haystack the size Texas. Your not likely to get anywhere. No one is 100% certain what causes schizophrenia.

well basically from my own life, there are good things and bad things related to an overactive immune system. Mainly, skin issues. Its gotten progressively worse over time so I find that I have flair ups of rashes now related to the hyperactive immune stuff. I am diagnosed with HS which is literally a disease that comes from hyper-active and inflammation of the immune system. I dont think that poison ivy was poison ivy, I think it was a hyper-inflammation response to being around an unvaccinated person, meaning I am more sensitive to people with covid19 even with the vaccine. Which doesnt say whether its good or not I got the vaccine still puzzling over this one.

Hyper-immune and also I am hyper-sensitive to stress. Like the epileptic type stuff and that book brain on fire is that related to hyper-inflammation of the pre-frontal cortex? I might have had that too.

Im not saying it causes all schizophrenia but that if I knew It might help me and cure whatever is happening to me.

I take aspirine daily in a combo with a small amount of codeine, it helps a little

Taking aspirin daily increases the risk of internal bleeding. I think you should talk to a doctor @anon69073975 before deciding whether or not you should take a daily aspirin for some condition you are guessing at.

thanks for the info interesting because I have taken Selenium and Naproxen Sodium today and feel really clear headed. Im looking into the Sarcosine but man its expensive $44

thanks for the warning I have an appointment tomm with my GP and I will be asking if I need to refill the blood thinner plus ask about the inflammation issue.

I would not be surprised if inflammation plays a role in schizophrenia seeing as many many many chronic diseases have inflammatory issues.

mental illness does run in our family but more of an anxiety, depression, and bipolar thing than real schizophrenia. I’m the first one. I’m also different and unique in this way…

I think it’s several things including an immune system problem since my mom is literally sick all the time from nothing.

I was the first one too but that was after my mom took prozac and got blackmailed by the FBI about 911.

Im sure inflammation could be reduced. Thats my only choice at this point. Now that I can no longer be around unvaccinated people because I start to break out into hives or sneeze. Thanks Pfizer and Pharma, you took my mind, my soul, my friends but you could not take my courage even if Im allergic to humanity I’ll just sit back this time and watch it burn.

my mom does ‘keto’ but tries and fails at it for back pain relief, weight loss, and reducing inflammation. She watches all sort of doctor videos and reads articles online about it, but I just brush it off for the most part.

Im looking up foods that are rich in antioxidents and reduce inflammation. also looking for types of supplements or anything that will help…the cortisteroids have helped a lot so far but I cant find the bottle of pills…ughhh…

I think you need to seek the knowledge from professionals. Some of the things you are saying don’t make sense and or untrue. It’s best you talk to your doctor before changing meds. Especially the covid stuff. That is conjecture.

what is going on with the forum??? These are old topics.

No such thing as brain inflammation, you’re possibly just hallucinating.

Hmmm now none of my topics are showing at the top…

@DNA thanks for your concern. Im doing fine today just a little sad that my appeal for SSI was rejected.

Just wrote an email to them asking how Im supposed to have 40 work credits if I have had two inherited Genetic disorders for my entire life/diagnosed at age sixteen. Im supposed to have worked and paid taxes to qualify for assistance because I cant work and pay taxes…

look at what I just posted and I dont have hallucinations.

My wife does look inflamed, now that you mention it.

My whole face gets inflamed and red sometimes. I have begun to get psoriasis.