feeling a bit better now bc i was not feeling good today and there has been a lot of negative reactions in my life lately, i posted a message on my community page about having a street party and the negativity was very bad

but the good news is i recorded my show using my new dac/amp and the sound is awesome, its ultra hd- mp3 but it still sounds better so my show is better quality audio now

I know my pal said that and i wrote a message on the volunteer page asking if they can use a lossless wav file, they compress it at 320kbps insane preset or something.

do you use a Dac/amp? i’m a bit of an audiophile now lol

do you use a Dac/amp?

I have an EV-320 pro mic that feeds into a Behringer tube pre-amp and then goes through a Behringer compressor/limiter. From that it feeds through my Arrakis ARC-10U-Blue broadcast console and out through the Audition channel. That goes into a production PC through an M-Audio AIR 192|4 USB interface. I’m running Wavepad and Mixpad as my production software. I always mix down to WAV.

sounds awesome, way over my head lol, i only managed to stick 3 months of sound production college before i dropped out, i got a discount on Ableton Suite 11 but idk how to use it very well. i was using wavepad/mixpad for a while but back using Audacity now, idk which is best.

Have you ever organised a party? i put on one last month for my birthday and it was awesome, we had 2 professional DJ’s and i really cool young lighting engineer who was looking for experience (he didnt ask for anything but i gave him £40) at the end it was like a rave and we had singers and i was doing the whole MC up on the stage. (i say singers but my nephew came up on stage and grabbed the mic) the lighting guy had a sing as well

I used to DJ in nightclubs before I quit drinking and I had a mobile DJ service up until covid hit. All of my kit is in storage now. I’m not someone who organizes parties as I have no interest in being at one. If someone else organizes it and pays me to be there to play music, cool. I can also run a modest professional lighting setup.

Did you have a turntable? the DJ’s i had were volunteers from my radio station and they didn’t charge me anything, super nice guys

I can also run a modest professional lighting setup

The radio stations is always looking for DJ’s for events all the time but idk if i can do it again, if it was in the same hall and i could sell tickets after costs I’d give the rest to Charity, I’m not 100% sure that people like my music though, at the party they loved my choices however.

Did you have a turntable?

Years ago. I have moved away from vinyl.

They were using a digital turntable, i’d love to have a shot of one of them

They were using a digital turntable, i’d love to have a shot of one of them

Are you referring to a digital control surface? 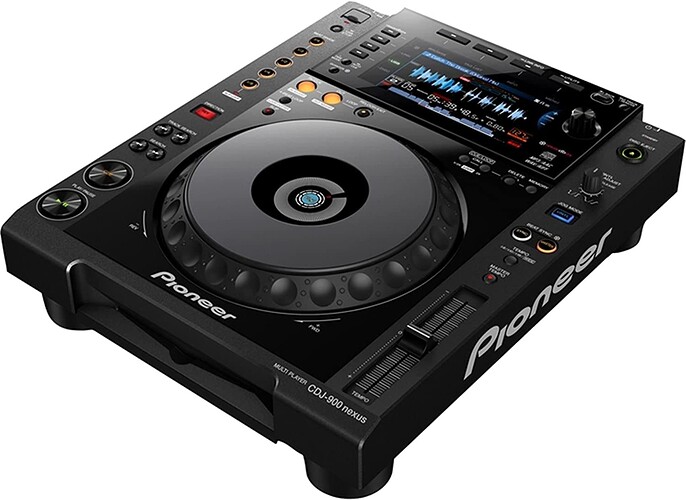 Yep, they had a pioneer as well but it was an older spec`,

I’ve got an older Pioneer DDJ-SX: 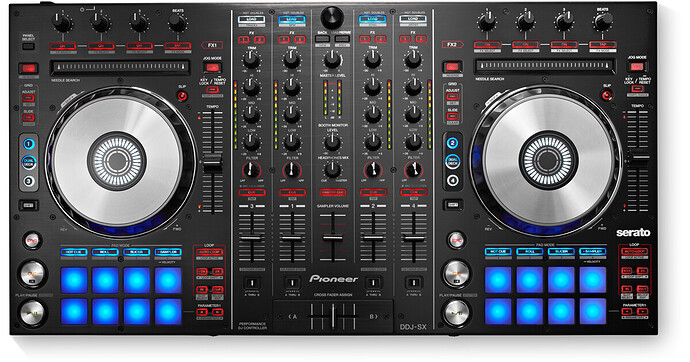 About five years old now, but still a joy to live mix on. I used it with Flow - prefer it to Serato DJ

wow that looks fun to play with lol, when i was at college a guy i met there spent a fortune on his gear, if i had kept going he’d have let me have a shot, they have one at the station as well so maybe i can get a shot of it some time.

i did an excellent interview with a girl from BBC Alba chatting about Gailic community tonight and my show played today but i missed it, the recording seems to be quieter for some reason even though i normalised it.

the recording seems to be quieter for some reason even though i normalised it.

Normalizing can still leave the audio level low. Did you run it through a compressor/limiter?

No, I didn’t I’m a bit confused, i hope my show wasn’t too quiet at broadcast

It’s a good idea to pre-process your audio to the station specs beforehand. Their own audio processing can cope to a certain point, but you can get interesting artifacts in the audio if you are too far from the sweet spot. Odds are the DJ running the board bumped up the gain on the POT or their hardware processing caught it.

Yeah, thanks, i was hoping they would do something on their end but i think i’ll need to check just in case, I’ll ask in the volunteer page.

I tried editing the MP4 video but there was a problem

i’m trying to do more on my youtube Channel, i have done some stuff but i’d like to do that more. video editor for windows is crap