Please convert to the metric system

And stop confusing the rest of the world with your arbitrary numbers. 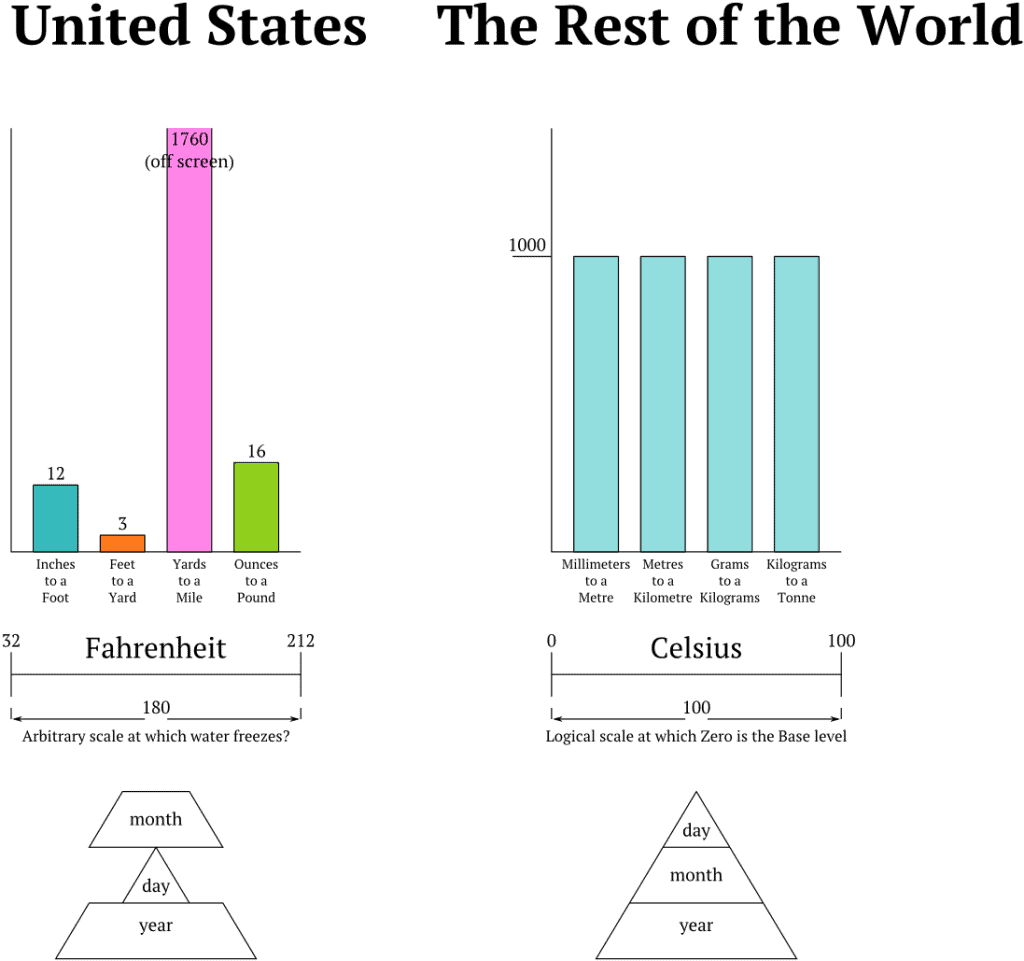 “The lower defining point, 0 °F, was established as the freezing temperature of a solution of brine made from equal parts of ice, water and salt (ammonium chloride).[2] Further limits were established as the melting point of ice (32 °F) and his best estimate of the average human body temperature (96 °F, about 2.6 °F less than the modern value due to a later redefinition of the scale).[3] The scale is now usually defined by two fixed points: the temperature at which water freezes into ice is defined as 32 °F, and the boiling point of water is defined to be 212 °F, a 180 °F separation, as defined at sea level and standard atmospheric pressure.”

You have three different tons.

I’m sorry but you can’t covert me to your metric religious way of thinking.

In American movies folk always estimate values in incriments of 5. For instance,

Yes, the metric system is best. It is the most logical and what the rest of the whole world has.

Americans are very self-centered and individualistic. maybe because there’s a lot opace here. We don’t have to rub elbows with other people

Yes but they all use the metric system up there.

Science is a different dog.

I and everyone I know would say there are 3 feet in a yard.

In soccer its 11 meters penalty shot.

14 pounds in a stone

In some cultures its just heavy light or easy.