Today I took 1mg of nicotine from gum (split the 2mg gum in half). If you know me, I have tried everything that is being told on the internet that is supposed to be working for schizophrenia, including: sarcosine, theanine, choline, NAC, Fish oil, bacopa, … Besides taking Abilify 5mg. You can look up my previous posts to see what I have tried. These supplements did something for me, but it did not even come close to nicotine (which seems to increase acetylcholine)!

This is how I feel right now (after only 1mg): More energy, clear headed, focus, better memory, more confidence, makes me calm, less depression, people around me seem to notice it too. There are lot of stories that nicotine is addictive, while I’m not suggesting it is not, it does help me very much so far! Heck, caffeine is also addictive. So I came to the conclusion that if used in small amounts, there is not much that can go wrong. And so I just tried it out.

I have done a fair amount of research on the topic, there is some research available on the internet, some claiming that nicotine is beneficial for people with Schizophrenia:

A new study finds the chemical compound may be key in normalizing brain deficits commonly associated with schizophrenia and other psychiatric disorders.

The mice had decreased neural activity in a way that is similar to the hypofrontality found in patients with schizophrenia and addiction. Finally, researchers administered nicotine to these mice, which reversed the hypofrontality. By acting on nicotinic receptors in brain areas related to healthy cognitive function, chronic nicotine administration reversed the cognitive impairment.

Thanks to research advances, scientists are learning how and why smoking and schizophrenia are so tightly linked. Now, enhanced knowledge is helping scientists develop drugs to treat this debilitating disorder.

Nicotine — in cigarettes and other forms — appears to help normalize some of the cognitive and sensory deficits that people with this disorder experience. Scientists have looked inside the brain to uncover regions involved in deficits of schizophrenia and to learn how and where nicotine works to combat them. Now, enhanced knowledge is helping scientists develop drugs to treat this debilitating disorder.

Smoking kills. It increases the risk of lung cancer, it leads to peripheral vascular diseases and peripheral neuropathy, it causes cancer of the mouth, pharynx,

Despite all the negative sentiments surrounding the word nicotine, more and more researchers are calling nicotine a powerful nootropic. Nicotine is abundant in the leaves of the tobacco plant. It has been found to have beneficial effects on memory, cognition, creativity, motivation, and executive functions in healthy subjects.

I’m not suggesting to start smoking, because smoking is proven to be really bad for you. But I just want to share my experience. It might not work for me (or you) long term, I don’t know. But how I feel right now is really incredible… I have not felt like this (from just 1mg of this stuff) for a very very long time!

And looking at the risks, I came to the conclusion that smoking causes some real damage, while nicotine in itself is not as addictive as smoking itself. But it is wise to do your own research on the topic…

…Do you work for Phillip-Morris?

All jokes aside, that’s cool that you’re noticing some noteworthy effects from chewing nicotine gum.

I’d be in the camp that wouldn’t recommend nicotine consumption, though. And I say this as a current smoker of 12ish years.

Not sure what kind of long-term repercussions chewing the gum could have, but if it’s minimal and it’s working for you, then awesome stuff.

I vape bcz I am bored. Its just helping to pass time.

You should get a vape. Myblu does a good starter vape with a pod system.

What does that mean? Are you only taking 5mg?

Yes! I know a lot of people say it is low… but 5mg does it for me. When lower my symptoms come back (get delusional), when higher I get really depressed.

I wouldn’t reccommend vaping bc it is still harmful. People can end up coughing blood because it still damages your lungs and gets water in them.

Chewing the gum should be fine though. Even if it is addictive, it’s like coffee I believe - shouldn’t have bad repercussions for most of us.

Been vaping 18mg nicotine salts liquid in a vape pod for months and months. No lung issues.

I can’t find the original piece I read, but this is directly from the British medical journal.

Try a low dose patch instead. It’s the closest your going to get to taking nicotine as an actual med, that’s in your system evenly and constantly. It feels like a whole different drug when administered in a patch. Even a 7 mg patch used to help me greatly: I was quicker witted, more driven, focused, my social skills improved and so did my linear reasoning. I normally vape and I don’t get those effects from smoking, vaping, or even using snus. Only the patch really works medicinally for me.

Weird, Drs in England are prescribing vaping to stop smoking: 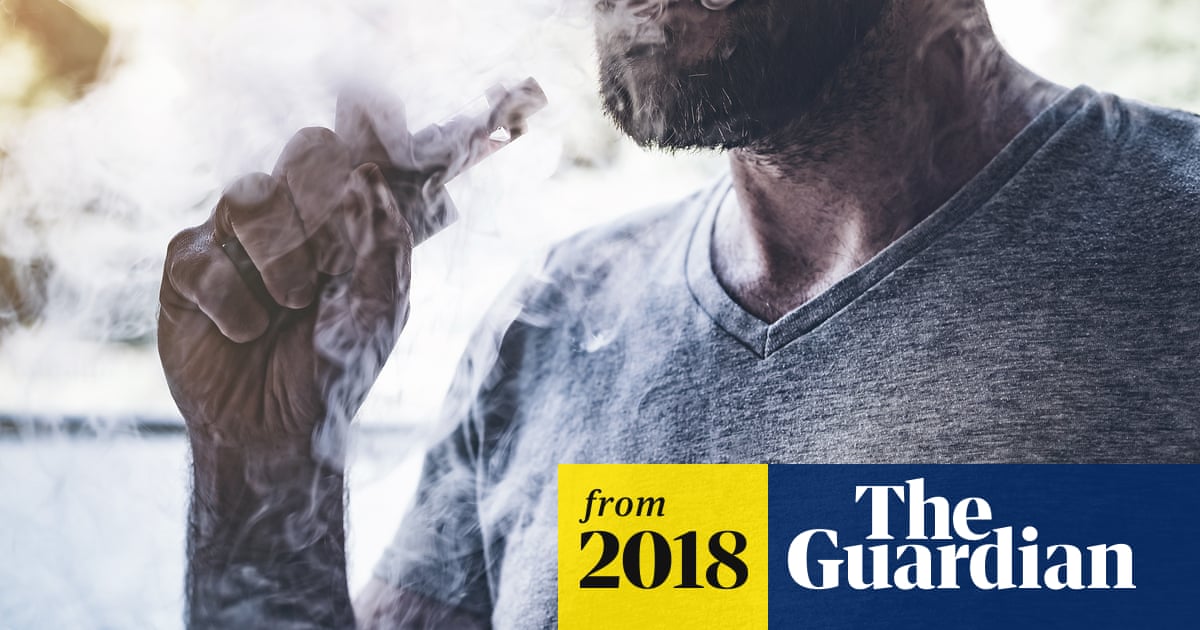 Yeah. It’s a good example how messed up the nhs is. Very outdated systems or practices sometimes. It’s why I don’t rely on drs anymore.

I hate to burst your bubble but I feel the pleasant experience of chewing nicotine gum will not be a long term antidote for schizophrenia. It’s probably like a small high you are getting from trying some new substance.

According to Wikipedia: “Nicotine is highly addictive, unless used in slow-release forms.” A low dose nicotine patch is probably one of the slowest ways to release nicotine.

Nicotine gum or patch and the vape are just a joke compared to smoking a tobacco cigarette. The positives will decrease and when you got addicted after a month you wanne have the real deal. If you get addicted then try vaping high nicotine. You will get a good feeling for couple of months with decreasing effect in the following year.

Nicotine does helps me a lot. Without it I’m totally unmotivated. It’s the only thing I’m willing to do, even if I have to throw up sometimes smoking my first cigarette in the morning. The next thing after throwing up is lighting up a cigarette.

If you ever get addicted you will start smoking tobacco when you don’t have nicotine replacement. It’s just too easy to get to the gas station buy cigarettes and a lighter. And if you don’t know, you always smoke as much as your body can handle. People who just smoke ten cigarettes a day, are not more disciplined, you really always smoke to the fullest. Those few cigarettes they smoke are because of their body, it just can’t handle more. Another reason to smoke less is being occupied with a task like work or hobby you care about. Remember nothing else will make you smoke less.

Documents indicate the tobacco industry monitored or directly funded research supporting the idea that individuals with schizophrenia were less susceptible to the harms of tobacco and that they needed tobacco as self-medication.

Vermeulen and colleagues previously studied whether smoking improves cognition in people with psychosis and found no longer-term benefit, but instead an exacerbation of cognitive symptoms.

I get really moody if I have to sustain from smoking cigarettes and nobody likes that. So I have to continue smoking.