Okay... google is reading my thoughts 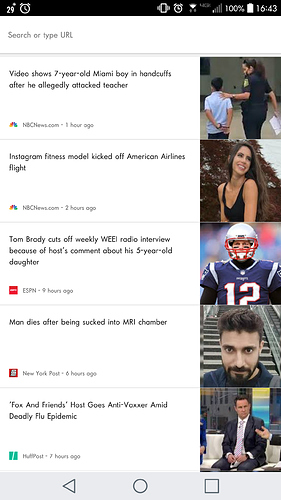 Just wanted you to know that I got this story, too, and I haven’t been thinking about, talking about, or searching anything related to MRIs. It’s just a freak story that has a lot of shock value, which is why it’s being picked up in the international press and pushed at people. Unlucky coincidence.

It is not, they only knows that an anonymous person searched these things.
If you don’t like it, you can delete these cookies and don’t log in.

Although I’ve had similar delusions, I can assure you your mind is safe.
Google is embedded somewhat into 98.8% (bullshit estimation, haha) of the Internet. It picks up on things you search, type often, pages you visit, and things you like, then it shows you ads, articles, and so on, related to that. It basically tailors your browsing experience to your needs.
One thing I’m suspicious of, though, is if it can do so by listening to what you say, through your device, as well.
We already know that the government and google listen to us, this way ( I also don’t mean to instill fear into anyone by saying this, I’m just assuming its common knowledge.), so I wouldn’t be surprised.
If you don’t want this to happen, consider using a private browser, or clearing you data, often. Also, keeping yourself logged out of all the main social networks while browsing will prevent them from keeping track of your activity.
Also, if you’re afraid of being listened to or watched, just don’t say or do anything you wouldn’t want anyone to know, when you’re near your device.
There is no reason to live in fear, and let this ruin your life, just be smart about your technology use, and you will be just fine.

I ran across the ad in question 5 diff places today… its not even an ai or tailored made advertising practice…thing… its just odd, has shock value and click ability… so its being plugged by everybody…

I had this story in my news feed also.

Well I had some friends who just talked about a matter and when they logged into facebook there was an ad about that specifical matter they talked about. So they can listen to you through your phone also. Even without notifying about it in anyway.

Well ok so it’s when installing the app then.

Yea. Its sneaky but legally they have to ask other wise they would just be asshat hackers…

True, and it really is sneaky. I rarely use my phone anymore so I’m not troubled by this.

Its not a big deal.i really dont mind google its some other groups i worry about. Just being selective about whom you grant permissions to… if its google its probably ok… if your giving sum russian pop the bubbles game dev access to your everything you might should just skip that game…

There was a time when I thought that Facebook was actually contradicting me and getting into arguments with me and changing my words around. Not my friends on Facebook but the company Facebook itself. And my sister agrees with me. She is also mentally ill. What do you guys think?

I’ve heard of the Facebook app listening for keywords to target their advertising to you, but not Google. The Google home bot might do that though.

They’re not reading your thoughts, their software is just good at predicting things because they have data from billions of people’s searches.

Just means other people also think like you. … which isn’t really a bad thing.

the sad reality is that these apps DO listen to our conversations through the mic and make advertisments accordingly. They apparently aren’t too concerned about what effect that has on people like us

I will reiterate, I know these things occur. It is part of advertising. I know exactly what I’m getting into when I allow these apps access to my mic. I’m more or less okay with it listening in because I don’t bother making an active effort to avoid it. It’s what life with technology is. Oh well.

What threw me off so badly was the timing. Timing was the key factor to the paranoia not the occurrence of targeted advertising.