How often do you think how your life would be different if you wasn’t ill? I think of it every day every night first thing I think of when I wake up is how utterly miserable my life is and how little I can do to change it

Not often. I would be better off. I would have a degree, a job, and possibly a relationship.

I often think of things I could have done differently that would have made my life better. Then I think I would probably have screwed my life up even if I had done those things differently, maybe worse, because I would have had more to lose. I don’t think that much about what my life would be like if I didn’t have my illness. I’ve had it so long, and it is so much a part of me, I can’t imagine my life without it.

I’ve been told that normal life is pretty boring.

I’ve been told that normal life is pretty boring.

Weird Is and Will Always Be , Better Than “normal” … ,

For Instance Think Of tha Clothes You Choose To Wear … ,

“normal” Is Sorta a Robotic Slight Of Conspiracy To Keep You Within Self Doubting Fear and Chains , To Either keep You Out Of Tha Way OR As a Dancing Puppet …

I used to dwell on the fact that I could have been a working architect still if I hadn’t gotten ill. Best put that thinking away for me. Just brings me down. I try to deal with what hand I have got in life.

some of the biggest moments in life are the tiniest.
think of the things that are free;
books from a library.

the sea…oxygen.
sunsets and sunrises.

I try not to think about it. I know that I have before. But the idea always upsets me because my illness took over when I was in grade school, I had to leave school and graduate through online courses. I had to watch my college fund go to nothing and never take an schooling beyond high school. I’ve always wanted to go to university and take some four years of classes but I just cant. Maybe one day but I’m not ok enough yet. And that thought angers me a lot because I was always so good in school. Always extremely smart always top marks in my classes. I can do the work I love to study but I cant deal with the people and they just don’t put the kind of school I want to do online.

Stay away from negative thoughts and do not compare your life with others.Else life is hell.

One of my wife’s sayings is, “if, dog, rabbit.” It means getting caught in a Rabbit Trail: 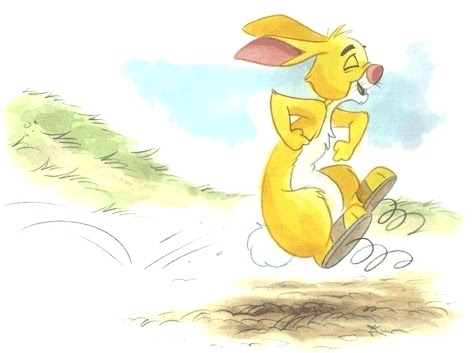 You know how sometimes a discussion can go off on a crazy tangent, make lots of crazy turns?  You don't know where it's going, and you don't...

My first and most beloved career was as a chef. Had just gotten my journeyman’s ticket when I was badly crippled in a workplace accident. Broken back. Was almost a year before I was able to walk unaided again. Still cope with some limitations and pain from that to this day, which was the end of said career.

Accidentally wound up with a career as a network admin where I learned that being good at something doesn’t necessarily mean you’ll like it. Had to leave the good pay behind because I couldn’t take the stress (Sz thing there).

Wound up as a school bus driver along the way. Love it, but the pay sucks eggs (show me a school board with money and I’ll show you that you’re living in a work of fiction). The professional driver’s license I earned there just landed me a gig driving a fuel truck, which doesn’t pay what my network gig did, but is a damn sight better than driving bus. So I gave my notice for the part-time route I was driving and have moved up to full-time delivering petroleum.

Oh, yeah, should mention that I own a media biz that wasn’t doing badly until the local morons elected a socialist provincial government and killed off what was left of my business. I really like my business, but it’s not making money right now, so…

A person just has to roll with the punches. Sz or no, crap will go sideways in your life. That’s normal. Normies deal with stuff blowing up on them, too. I figure I’ve got an advantage over them because I already know how to cope with the stress of things being crazy. So there.

I have found that whatever I focused on, multiplied.
Meaning that the more I thought about something-especially negative, the bigger the misery grew.

Somethings are best just acknowledged for what they are then put to rest for a long time.

I really can’t see any benefit in dwelling on something that can’t be changed (the past) that makes you miserable today.

Normal people are better able to do things in real life. They are who keep the society going that you and I live on the fringes of. Wouldn’t be here without them.

I’ve said this before…

I would be where I am now… if I didn’t end up on the path I’ve been on.

I have NO idea how life would have ended up…

But this illness caused me to end up in a certain direction… which is why I’m standing where I am right now.

Wouldn’t be here without them

Agree To Disagree There “pob” ,

I think about this all the time. I’d have a degree, be married, be religious. I’d probably therefore have kids.

I wonder would I live in fear all the time if I was normal. If so, then it wouldn’t be much different in the end.

Your not normal now if you are religious, religion is taboo now in the western world except for maybe a few hangers on like me hoping for a better tomorrow.

and I also agree with most here including @pob because without the help of my normal care team we would be nowhere,

they finally getting their act together no longer keeping people locked up all the time, treating us like equals now and allowing us to live in the community, its great.

How often do you think how your life would be different if you wasn’t ill?

With a focus like that - I’d be sad too. You can’t really control what life gives you, all you can do is control what you do with what you’ve been given.

I try to focus on the things I can do, and think about areas where my life is getting better (no matter how small) and keep working at it.

This is how I feel better and I find it helps me accomplish things that help me.

Agreed. This is all anyone can do - do the best, despite the many setbacks everyone gets in life.