Nominate the King of SZ.com

I could say who I think is the self-proclaimed “King of SZ.com” but I like that person and don’t want to offend.
Otherwise, I think there is no king, except maybe sz itself.

Well, in that case, you are King @san_pedro.

I want to be the prince

Can I be a princess of sz.com?!

yes but you will have to send me your CV

U can call me the king…as u wish…

mister_lister
Banned until 1st of October 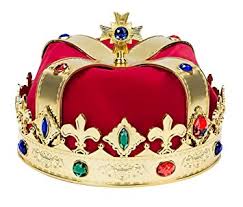 I am egalitarian, I don’t want to be regarded as king.

@far_cry0 gets my vote but who will be his queen?

@tera we will be a gay kings tandem

You are the true king @Jimbob .
I don’t like kings and such because it elevates some users at the expense of others.

You are a good guy erez. You keep us all grounded.

all of you gentlemen are kings in my eyes, I send much love your way everyday for fighting against this dreadful disease and staying so loving.