Two years ago this Sunday, 20-year-old Adam Lanza burst into Sandy Hook Elementary School in Newtown, Connecticut, and fatally shot 20 children and six adults with his mother’s Bushmaster XM15-E2S rifle. The incident—one of the deadliest mass shootings in U.S. history—left the entire country reeling and ignited a national debate over gun control and mental health. Many were led to believe that the latter was largely to blame for the massacre, but according to a new study by Vanderbilt University, mental illness is wrongly used as a scapegoat when it comes to extreme acts of violence. 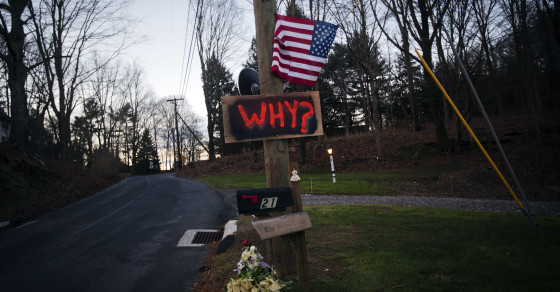 Ok. The information needs to sink in. “A mentally ill individual is 60 to 100 times more likely to be a victim.”

What is shocking to me, and what should be addressed in these studies, is how many (perhaps undiagnosed) folks say they want to do the same criminal act. Reports went to police stations after mass shootings concerning such statements.