So usually when I hear people talk about someone dying (particularly celebrities), I have to confess that I want to be smart-assey. “Wow, people die?! I didn’t know they did that!” However, after I found out a few days ago that Joseph Chilton Pearce died this year in August I was a bit shocked and a little sad (some other emotions too).

Joseph Chilton Pearce is an author whose books focused on issues concerning human and child development. In particular I’ve found his book, Evolution’s End, Claiming the Potential of Our Intelligence somewhat helpful. It is a difficult read though and I have to re-read sentences often. 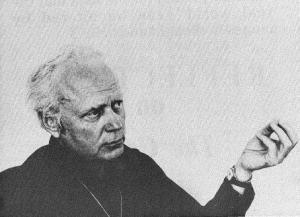 “To live a creative life, we must lose our fear of being wrong.”
“Play is the only way the highest intelligence of humankind can unfold.”
“We are shaped by each other. We adjust not to the reality of a world, but to the reality of other thinkers.”

A large part of what he writes about is “fields”. It’s hard to explain. Have to read it over again when I get the time.

His book talks about the development of the brain and how some of our natural abilities (like intuition) have been lost because of how our culture has become too industrialized (more complicated than that but just to simplify). He says that Nature can repair some of these damages but only so much of it unfortunately.

And yeah that quote is my favorite!