I've been having KKK delusions

I’ve had an awful past couple of weeks. My younger siblings think I’m the favorite and they talk about me behind my back. My sister trashed the back seat of my car when my dad took her to get my niece. Dad offered to pay for it, but that’s not the point. She is disrespectful to me (and my stepmom, which agitates me). I had suicidal thoughts today. I wanted to run my car into a tree on the highway.

My mom had her friend over who sexually harassed me a few months ago. She had him come early in the morning Friday before I left for work.

Because all of the people where I volunteer voted for Trump, and based on what I overheard today, I fear they are KKK. This is not to bring politics into it. I respect and hope the best for them. I just had a political conversation with Dad in the break room and it made me uncomfortable, because I thought it made them uncomfortable. I guess if I go back and apologize it will be better.

I was also poor shamed on here.

ETA: I am going to my doctor’s tomorrow, because I might have breast cancer.

I’m sorry @metime. I hope things get better. When it rains, it pours, right? I wish I had some great advice for you but when things like some of that happens to me I just muddle through it and hope for the best.

I think that worst zealots like hitler are led by an ancient human race that evolved from dinosaurs and now live on the moon.

All the ancient mysterious stone monuments were made when they’re technology was more primitive and they we’re marooned looking to be found.

When they breed with humans they have giant children like in the book of enoch.

Make sure these people aren’t secretly on missions of good by doing and saying apparent evil.

@77nick77 Thanks buddy! I’ll muddle through the mire!

@Jeremy87 Sticking with the theme of the Unusual Beliefs forum, you’re doing great!

Jiminy, you’ve got a lot going on. You must be so anxious and stressed out.

Your coworkers are probably not in the KKK. You also probably don’t have cancer, statistically speaking, but you’ll feel a lot better when you’ve spoken to your doctor and had any necessary tests.

I’m sorry your sister was so disrespectful. I’m also very sorry to hear that someone was rude to you here. I don’t get the point of that - there aren’t many here who are wealthy.

Try to get some space from it all. Talk to your doctor, try not to stew over the car. Don’t worry about the breakroom conversation at all. If someone’s abusive to you here, please let us know.

I hope you feel better soon.

@Rhubot Thank you! I’ll keep those things in mind.

It’s possible they are KKK but I highly, highly doubt it.

I’m an african american, so the group is definitely not cool to have delusions about…

sorry to hear this, OP

I’m not being defensive, this is being objective, but I think (but don’t really know for sure) that KKK members are careful about letting anyone know they are KKK members.

Just read your comment out loud to my LA native friend and she laughed. Says in her experience, while their sympathies may run disturbingly close to the KKK, not many people were actually members.

I’m sorry they exist at all @sirBoring I took African American Studies courses in college to learn how horrible and truly inspiring things have been/will be.

Thank you for your support.

Don’t worry about those clowns. They’re so stupid they don’t even know how to spell KKK.

Don’t send in the clowns!!!

There isn’t a clown emoji on here. It’s just on my phone.

I dealt with this same delusion at my last job. I worked in a hardware store, and we got a lot of Trump supporters. I’m Syrian, so I was very afraid. But nobody ever actually harassed me about it, and the feeling eventually went away. Try to see the good in people. Most people are just trying to do what they think is the right thing.

I hope your doctor visit goes well, and that it’s nothing serious. If it is, though, don’t be too worried. Medicine has come a long way, and tons of people fully recover from breast cancer now. It is very treatable.

Thank you. I will remember that about breast cancer when I go.

Way before the election I saw a lady in the grocery store parking lot in a hijab. I thought she had gotten in a wreck or was harassed by someone so I asked if she was alright. She smiled at me and it made me feel better to let her know that someone cared.

Oh Man, just say your post @metime and I’m truly sorry that you are going through such a rough time!

I really hope that you start feeling better and I’m sure that things will start to turn around for you soon.

Hugs))) to you my friend

The lower levels of the organization are highered and taught things.

The higher up the latter you go the less racist they become.

And then you find that it’s just brainwashed people led by the higher ups to sow discord amongst the other folks. Because any good farmer knows you must control the herd, and with humans you must not let them join together in ideas and abilities.

And of course there is the cross burning, the hatred of that man and what he stood for.

When you get to the end of your rope @metime, just remember to Hang On!
A fuzzy kitty for your troubles… 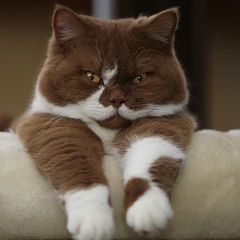