I think not to buy ps5 or Xbox series X

I better save money and play on PC.

I prefer playing with a controller on the big screen. That and I can’t afford a souped up computer. These days you could just hook up your PC to the television with HDMI, sync a controller and play as if it were a console though.

If I had a 4K TV maybe I’d buy a PS5. It looks cool but I have way too many games to play and beat on PS4 and Switch. That’s not saying much since most games these days are seeker sensitive. Back in the NES days it wasn’t uncommon for me to have a tantrum if I didn’t beat a level whereas now I get things within a few tries and I’m a lackluster gamer at best.

In a way I feel sorry for some of the parents with teens and preteens who won’t be able to get their kids these new sys for presents. Anyone hear about potential pricing yet?

PC really isnt better than console, but everybody has thier desired way to play.

If you have money PC has better graphics and up to 360Hz/Fps monitors. For FPS games I find a Razer mouse and a mechanical keyboard the best. I use an Xbox controller for other games like AC Odyssey, Tomb Raider, etc. Screen size doesn’t matter bcz it depends if you’re close to the screen or not. Its not comfortable to sit close to a 55" TV or sit far from my 27" 4K HDR monitor.

My brother prefers PS4 and only use a PS4.

I find PC games cheaper, like half price or less, a few months after release. I buy only keys from resellers, they’re much cheaper. G2A, GreenGaming, etc Just google game name + key + price. Ive been doing this for over 10 years no problem. You’ll have to search all key resellers to find the cheapest key. They’re not shared or used keys.

I hate to be an elitist but I think its easily worth it if you play a lot (most days). Plus you can use a good PC for a lot of other things that aren’t gaming.

High FPS isnt just a meme. It makes a huge difference in my enjoyment.

I was a console geek til last year, now I prefer up close higher fps PC gaming with a controller now. But more than anything I just want an N64 classic lol. Does anyone run emulators? Maybe I could play Zelda that way.

I have a n64 and a Wii emulator. The Wii remote works with the Nunchuk too. 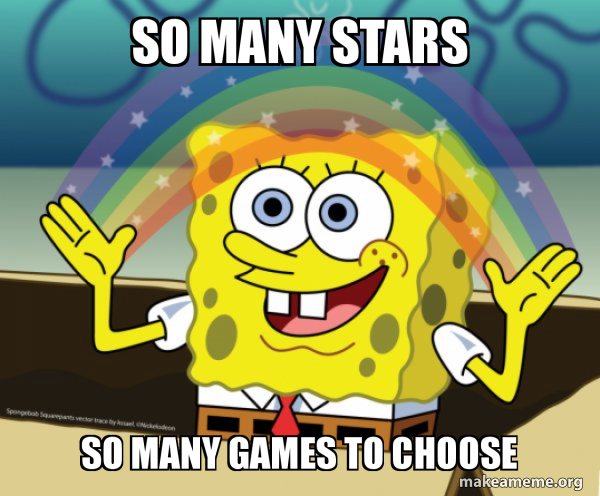