Hey, anyone in the path of Ida? Anyone already been hit? How are y’all holding up? Did you have to evacuate? 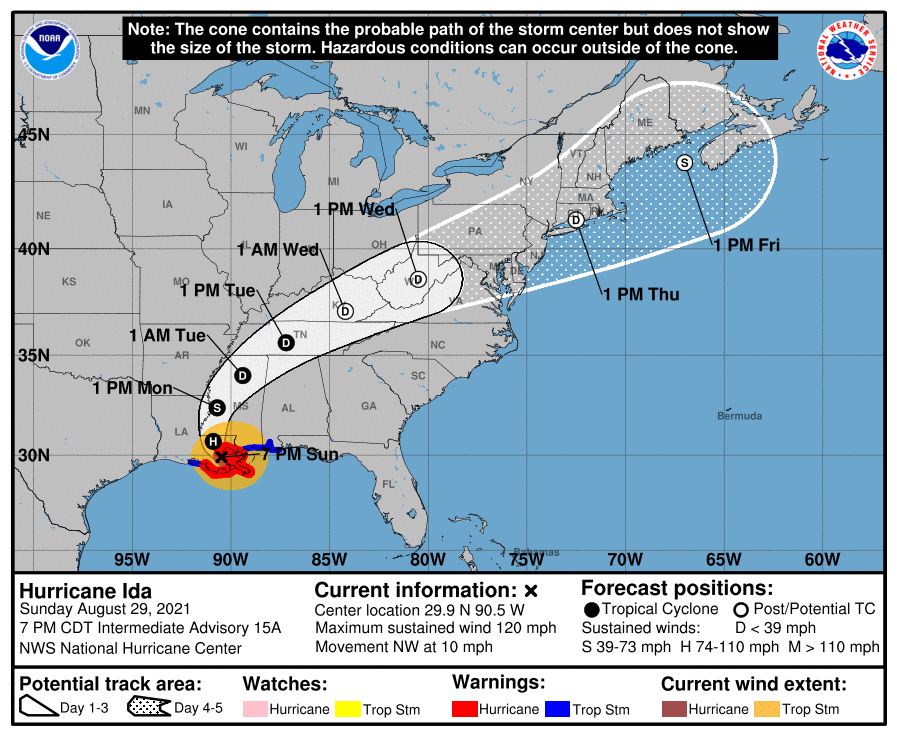 Yes, I’d like to know too. Hope everyone stays safe.

I’m in Northern Virginia. Is it really gonna make it all the way here?

Yeah, they say it’s stronger than Katrina and today is the anniversary of when Katrina hit, so super scary for a lot of people that lived through that.

Tornado warnings popping up all over Mississippi.

I Don’t Remember Seeing Warning’s Of Hurricanes Expecting Such In Depth Totality.

But!, Truth Be Told, The Further In The Hurricane On Land, The Less It’s Damage.

Unless The 21st Century Future Future Has Evolved. . .

I’ve been watching videos of it and it’s more badass than any storm I’ve ever witnessed in person. I hope no one gets hurt.

I was streaming the local New Orleans news.

according to the diagram i am just outside the path of it, so will probably see some rain, we are already experiencing rain now, i just heard on local radio that we are expected 1 to 4 inches of rain the next two days. which is good because it’s been so dry. there is flash flood warnings in the usual spots along the creeks though and low lying areas.