That really scares me. No one needs a paramilitary gestapo police force in their country.

I live right in the middle of gun USA. As far as I know people handle their firearms responsibly here. Their argument is that “they have the right to protect themselves” when it comes to guns. They feel very strongly about that. If I had any guns, and children to raise, I would be absolutely emphatic that my kids always handled guns safely. I think the argument of the gun control people is against assault weapons, and not other guns. To the gun owners, any regulation of guns is just a foot in the door to the total ban of guns from our society.

Ive not been arrested. Had 3 times where if the police followed the law they should’ve arrested someone for being violent to me. But the police are lazy ■■■■■■■ who would rather just do nothing and lie about the law.

One example:
Guy throws a full beer can at me multiple times. I close the window so it doesn’t hit me.
Police insist it isnt battery/assault because it didnt hit me. This is incorrect (as I knew at the time) and Ive even seen in guides for what is assault/battery saying that missed projectiles still count.

Why would you want to have charges against a guy that did not hit you with a beer can anyway?

And that would be considered assault, 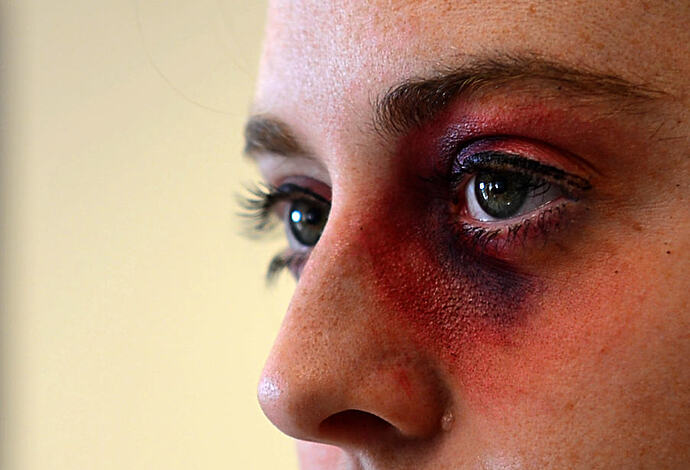 DPP Law's team of criminal defence solicitors explain what common assault is & what the common assault sentencing guidelines are if you're convicted.

“For example, if a person throws a glass at someone and misses, this could still be classed as assault.”

Why would you want to have charges against a guy that did not hit you with a beer can anyway?

I’m just wondering why it mattered so much if he didn’t hit you.

And it sounds like he was outside and you were inside.

I was literally minding my own business having a smoke by my window, and this guy thinks he owns the space outside my flat (at the time) and that I shouldn’t be looking out my window, and got violent with me when I continued smoking. I didn’t even say anything to them.

I don’t see why I should allow people to throw things at me when I’m in my (then) home, regardless of whether it hit me. Its not right, and its seemingly illegeal.

And what that website says (like others) is the opposite to what the police actually told me (“its not assault if it didnt hit you”).

I feel like you are arguing with me about whether I have the right to ask the police to follow the law.
I have two other examples like this, where other people were violent, and yet the police did nothing on my behalf.

Throwing things at people is not cool.

I’ll agree to that.

And the officer was wrong, of course,

Police don’t really do anything unless someone is hurt.

That’s just the way it is.

One thing I have noticed is that any job that puts you in a position of authority over vulnerable, often unpredictable people with a high risk of violence tends to attract three basic types of employee:

There are some jobs that have come under heavy scrutiny lately: Nurses, police, childcare workers, and residential care workers.

When talking about reform, it is good to keep in mind that these careers are not a monolith. I have heard some incredibly narrow-minded statements about special education workers in my time, from people who clearly do not grasp the complexity of the job. It is important to use your own judgment when evaluating a situation, and not treat every situation as the exact same.

Example: I saw a video where someone who had lived in a residential care facility as a child talked about a time they felt they were abused. They described that they wanted their bedroom door closed, and staff said no, so they proceeded to throw things at the staff. The staff said “If you don’t stop throwing things at us we will have to hold you until you are calm.” The (at the time) kid responded by throwing a book directly at the staff member’s nuts. The kid was then held by staff until they calmed down.

This is a situation I have been in many times. If a kid in res care isn’t allowed to have their door closed, it is usually because they are an imminent self-harm risk, or someone who uses unsupervised time to try to create improvised weapons and later attack staff/students. The kid was literally assaulting the staff, and the staff responded the only way they could without putting the child at greater risk.

I have also personally witnessed (and intervened) in situations where staff tried to antagonize/goad kids, just so they could punish them. I have seen staff intentionally set kids up for failure and then mock them for failing at a task they would never have been able to complete.

I guess what I am saying is, the situation is all very nuanced. I’ve never been a cop. I don’t personally know any cops very well. But I think that any conversations about reforming these industries need to be conversations that keep in mind that the employees are not a hive mind, and that the problems in the industries tend to depend heavily on the way the official policies around reporting abuse/mistakes/poor judgment are handled. In the nursing field, we are currently seeing what happens when policy focuses too much on punishing workers. In the policing field, we are seeing what happens when the policy focuses too much on leniency. Neither is a good situation.

When he is making an arrest the policeman sometimes is on a fine line, and it can be hard to say when he has overstepped his authority. I think it varies from town to town how you get treated by the police.

Regardless of how you feel about the cops, you have to understand that it is a tense situation when you are pulled over by a cop. It’s best to do what he tells you and keep your attitude in check, not necessarily because you like the cop, but because the cops has a lot of options on how he can treat you. Not too long ago I was riding with my brother in his car, and my brother was going too fast on a stretch of road. A cop was waiting and pulled him over. My brother was very polite and friendly, and the cop said that because we had shown so much respect he was charging us with a lesser infraction, which was about $25.00 less than what he could have charged us. People don’t realize that the cops have options in how they handle you. Even if the guy is a total jerk, still be polite, because you don’t want to give him any excuses to hit you with a big ticket. Then, maybe other people will mention that they’ve had a bad experience with the cop, and people can keep on eye on him to make sure he does not abuse his authority.

She sued that county and won.

I’m glad that she got some justice.

I’m glad that corruption in the US hasn’t gotten so bad that the victims can’t get some justice.

I was recently told by a man that corruption in his home country has gotten so bad that he can pay $150,000 and have ANYONE killed in the middle of the police station.

I think the US is getting more corrupt, but I think we’ve been on a slower corruption curve than some countries.

we’ve been on a slower corruption curve

It’s the system of checks and balances that keeps everyone in line. I just hope the center can hold. One thing that is corrupting us is the illegal drug trade. The huge amounts of money that can be made from selling drugs and the harsh penalties for possessing them make the drug trade extremely violent. There are so many different ways the illegal drug trade is corrupting us. I recently watched “The Untouchables”, a movie about the cops trying to take down Al Capone during the days of prohibition. The problem wasn’t the alcohol. The problem was what a violent and corrupt of a ■■■■■■■ Al Capone was.