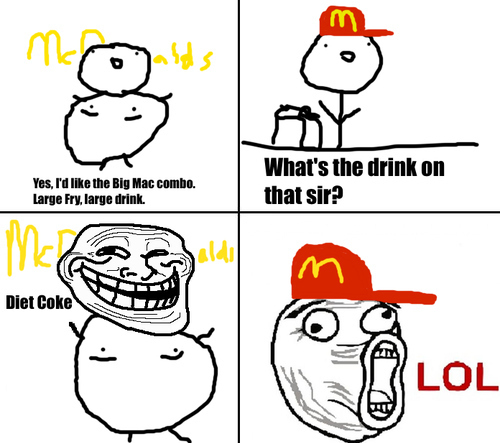 , just a little more compact and bulky. The mcdonalds is probably why my mood has dipped so low lately to. Mcgriddle for breakfast, a double quarterpounder for lunch and a chicken sandwich for dinner lmao all for free, take it corporate. 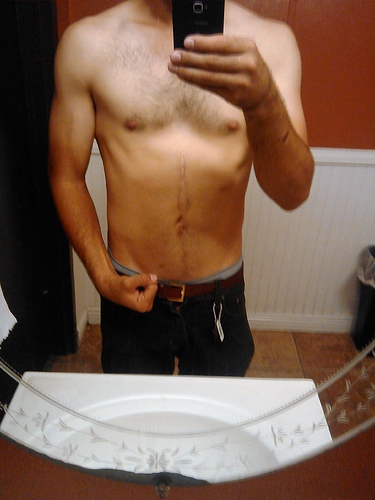 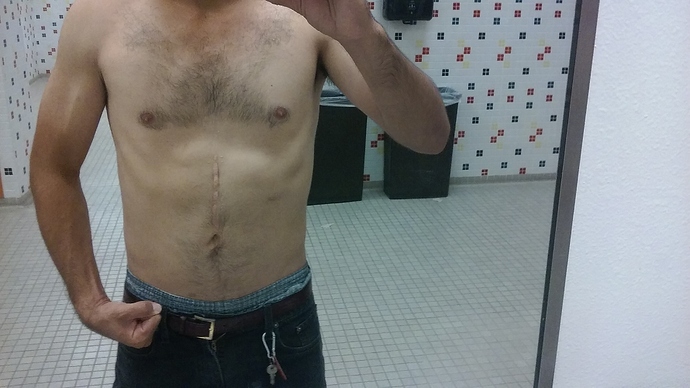 It’s been two weeks and still looking strong even on the mcdonalds diet and weight hasnt changed since last pic but probably the reason I went nuts earlier.

Yeah something about micky d’s just aint good to eat regularly , it may be the preservatives

Have you watched super sized me? Cool documentary. You’re living it.

Ya lol, I watched it, good documentary

Ya, if it’s free, i’m lovin it. More money towards rent and less work.

Okay, I’m not going to ask you what the glitch is. But I’m curious!!!

It’s for the u.s., I do’nt know about other countries. Download the mcdonalds app and just use made up emails. My friend showed me. Sometimes it might take a while for the free coupon to pop up. It’s only till the end of this year to do this. If your down on your luck and can barley pay rent or worse, this will help save some.

Ahaha that’s reaallyy cool. I think it’s just for the us. Good luck with your adventure!

Haha, thanks @Minnii, ya i’m lovin it.

Mcgriddle for breakfast, a double quarterpounder for lunch and a chicken sandwich for dinner lmao all for free

$60 worth of free food? Not bad, I’d probably be doing the same if I could. Thankfully for my weight nothing like that exists in the USA as far as I’m aware.

Ya you can get it. I was like mc ■■■■ it, I can save some money on this mcdiet and mcmilk it until it’s done. Pretty bad diet though but tasty and free.

Ten pounds in five days averages out two pounds a day. What you gained wasn’t body fat. To gain that much body fat you would have to have a calorie excess of 7,000 calories a day. That isn’t likely, even on McDonald’s fare. It’s possible that the weight you gained was fluids. You can gain and lose surprising amounts of weight by manipulating your body’s fluids. Maybe your body is retaining fluids. If it isn’t that, I don’t know what it is. It does seem like your body can gain or lose surprising amounts of weight without a calorie excess or without losing or gaining fluids. How it does that I don’t know.

Lots of hi-c and coke along with the mcdonalds probably and messed up on original diet even before eating mcdonalds. Could be some muscle bulk to from the protien in the meat.

I don’t think there even is protein in that meat. I don’t even think there’s meat in it.

Sorry, former McDonald’s employee here. I quit after they yelled at me for stopping to wash my hands after taking out the garbage.

I quit after they yelled at me for stopping to wash my hands after taking out the garbage.

Just so you know, McDonald’s policy is to provide any items lost with or without a receipt. Literally the only thing you have to do is go to the counter, say, “I ordered a burger and it wasn’t in my bag,” and they give you whatever you ask for. We used to have a homeless guy come in multiple times a day. We all knew the scam. We just didn’t give a ■■■■ because we were all paid minimum wage.

Mcdonalds isnt even cheap anymore they upped their prices like cray!