Forum was down for me

forum was a blank white screen for a while, i contacted discourse and it seems to be working now, i’m starting to worry about the reliability of this forum though and if its going to happen often in the future, if i remember it started like this on the older software until it eventually gave up.

I couldn’t load the forum for over 4 hours

I had the same problem too!

Same problem here, too. I checked the family forum and it was still working, though.

I have no idea on how to go about doing that. So thank you @Resilient1.

@LED I also checked the family forum, and it was working for me as well.

it may have been an update gone wrong but i’m not sure.

yeah discourse said there seems to be a slight issue with the theme, they have put a temporary workaround in place to keep the forum active and are investigating.

just been told that the issue is resolved so it should be business as usual now.

Yeah, it was blank for me too and It made me think of the old forums too.

it was actually very quickly resolved, like within about 15mins lol, discourse is the forum that hosts this site so if anyone has a problem you got to report it to them under the support category.

I was sleeping that’s why lol. But i noticed some changes

I was worried I may have gotten banned. I guess the forum was down for many of us.

What are votes and how does it work? 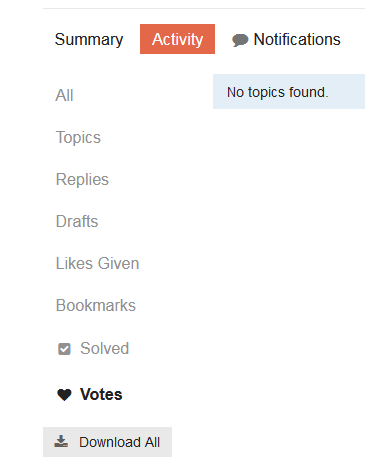 Haha, I was worried I got banned too.

I was thinking, “What did I dooooo?!”

All I got was a blank white screen for hours.
I managed to catch up on Netflix and took a nap during this down time.

But I did notice the family section was up and running.