Had blood test yesterday and doctor has already told my stepdaughter of the results. Folic acid is low. They are going to retest in May.

Yeah you may need to supplement.
It’s no big deal.

It’s not totally unexpected . From Wegene 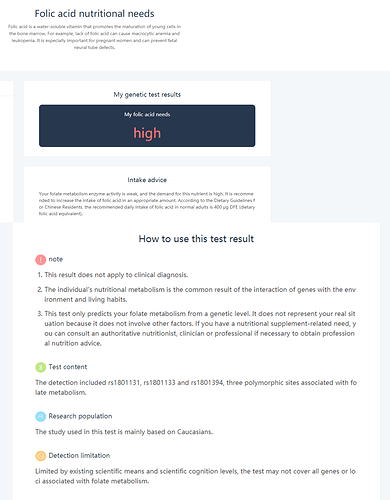 Folate and folic acid are slightly different. From uploading my raw dna data to geneticoncept- 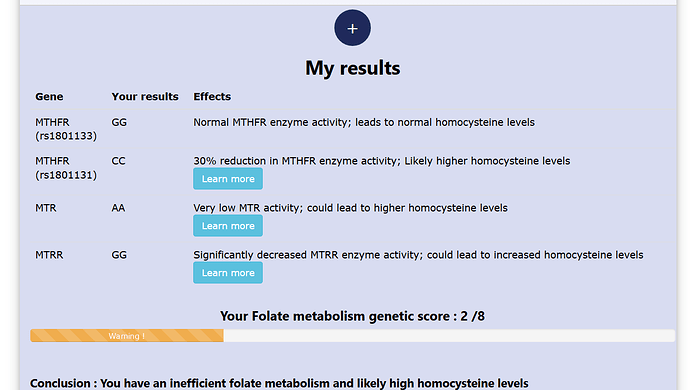