After 60 years of using dangerous antipsychotic drugs that lacks efficacy , Cause irreversible tardive dyskinesia , diabetes , heart diseases A Procedure that might end the suffering of millions of people around the world

Thanks to a new study from the University of Copenhagen, researchers may be ever closer to understanding the root cause of schizophrenia and on their way to developing effective treatment.

Glial cell breakthrough
The primary breakthrough of the study, published last month in scientific journal Cell, is the identification of damage to the glial cells, a specialised type of brain cell, as a factor in developing schizophrenia.

Glial cells are supportive cells in the nervous system that support and insulate neurons. If these cells do not develop properly, the researchers say, individuals are at a higher risk of developing schizophrenia.

This is the first time that scientific researchers have associated glial cell damage with schizophrenia, according to Videnskab.dk.

While the discovery sheds some light on the causes of and potential treatments for schizophrenia, much remains unknown. The condition is currently defined as a collection of symptoms, rather than an exact biological definition. As such, the Copenhagen researchers’ breakthrough may only apply to some of the cases presently classified as schizophrenia.

Regardless, the findings of this recent study bode well for at least one approach to treating and preventing schizophrenia. With this new knowledge, researchers can develop methods of replacing and restoring these defective glial cells.

A feasible procedure
According to Steven A Goldman, a professor at the University of Copenhagen’s Center for Basic Translational Neuroscience and a member of the research team behind the study, such a procedure is more feasible than one might think.

“It is a matter of replacing the defective glial cells with healthy glial cells through transplantation, where the healthy cells can take over for the sick,” Goldman told Videnskab.dk.

“This is already done with other diseases, such as bone marrow transplants in cancer treatment, so it may also be possible for glial cells and schizophrenia.” 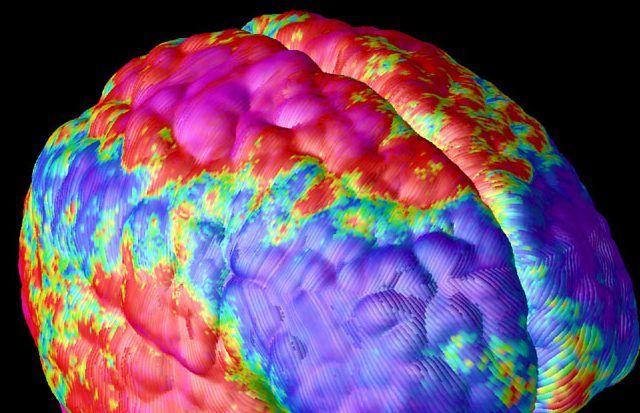 The replacement of a certain type of brain cell could yield good results, claim researchers. New study from the University of Copenhagen brings researchers closer to a cure for schizophrenia

thank you @shrek very interesting.
I saw this article.

Emphasis on “ could “. I don’t mean to sound negative but we can’t give up hope waiting around for a cure.

This could be it, I wonder how long till human trials

There’s many an avenue to cure.

Lot’s of good things being done in Australia with the Australian Schizophrenic Research Bank but money is being put into alzheimers and other research due to our ageing population in the western world. …we’ll get the breakthroughs though that I think!

This is a better written article on the same theme:

There have been a number of articles on this topic. It is good news, certainly.

I was reading another article last night on a blood test for sz, it identified 30 or so genes and their associated proteins. These protiens were over or under expressed in the blood due to these genetic factors, even prior to the onset of symptoms. That’s good to know, because these proteins could potentially be targeted with drugs, or the genes with gene therapy, but it’s also frustrating because there are so many genes and proteins, how could researchers show benefit in a trial correcting for a single protien. I suppose they would have to do many at once, but the regulatory system would have to change to allow that.

Since this article is specific to glial cells, it does seem if they could be corrected that could have a significant impact. But I’m guessing it would not correct the entire problem or it might need to be repeated if the expression of the protiens in the patient eventually again killed off the glial cells.

This is a continuation of the research at the broad, C4 and glial cells, so hopefully sometime soon there will be new info from broad institute it will prob be similar to this if not the same.

maybe, they just need to test if introducing healthy glial can reverse the damage. If it can then that is a cure.

But whatever the cure is I doubt it’ll be just one thing.

It might require combination of therapies, correcting multiple genes, transplanting stem cells or other specific cells, medication or hyperbaric oxygen for neurogenesis, perhaps other therapies, used together.

Which sounds more discouraging, but I don’t mean it that way. If we see a single gene therapy for sz fail, or a stem cell transplant fail, it doesn’t mean those technologies have no value to sz anymore than if 1 medicine fails it means meds don’t work.

But hopefully they will be able to do this technique in people soon and it will have a substantial effect.