Why don’t you ever hear of famous young people, for example Billie Eilish or Justin Bieber, developing schizophrenia? Surely if it affects 1% of population we would see more young famous people develop it 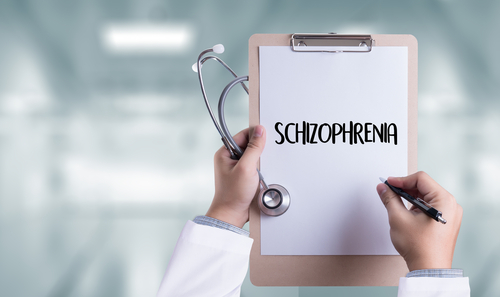 It’s good to know that I’m in the company of Nash, Van Gogh, Einstein’s Son,…

They’re in your company, Jonathan

it’s interesting that a lot of them are musicians

Those numbers are, according to some articles here, going up because of cannabis usage.

We should see schizophrenia everywhere if these articles and numbers are correct.

It’s amazing how many people I know and I’m the only one with schizophrenia.

I’m sure if someone starts having psychotic symptoms from smoking weed, they don’t mention it to more people than they have to.
Some might not even realise.

I don’t think it’s ok to say weed is harmless because YOU haven’t experienced the harm it can cause.

Sorry if I come across as crass. I have great respect for you.
But I’ve seen so many people destroyed by their addictions, and I was close to the point of no return myself.
It triggers me when people minimalize it due to their limited experiences with the darker side of weed.

But when it comes to cannabis, I read the same articles you have,

I just don’t see the evidence in my life.

I know what you’re saying about how people wouldn’t share having psychosis,

But you can kind of see their lives fall apart.

Of all the people I know, few have had psychosis, mostly due to meth use,

And only one has schizophrenia.

I don’t think weed is okay for everyone,

But I don’t think it deserves all the bad press.

I know this isn’t a weed smoking thread.

And I’m sorry if it triggered you.

Please try to steer the conversation clear of non medicinal use of marijuana. Not going to flag anything, but if the rules are interpreted strictly, this conversation seems to be going in the direction of violating them. From the TLDR and then blurb in rules:

ONLY ALLOWED IN A RECOVERY-BASED CONTEXT

We ask that you only post when you are not under the influence of alcohol or drugs.

I think part of the reason why you hear of so few famous people with schizophrenia might be that sz is often developed early in life and people spend much of their time dealing with symptoms of the disorder and/or treatment. It distracts them from focusing on striving to get to the top of their chosen fields, which eventually may lead to fame. Just a hunch.

can only be discussed for their legal medicinal uses.

But we can now talk about cannabis for medicinal uses?

It’s strange because my family including extended family members have lots of neurotic conditions but I’m the only one stricken with a psychotic disorder.

Although my brothers son (nephew) is displaying signs

I hate to put it to you like this but schizophrenia may be a reason some people are not famous.

To be honest I am not interested in famous people with schizophrenia.

I want to know if people made millions of dollars despite being afflicted with schizophrenia. Are there any people who did this?

The reason for my curiosity in this direction is because I can’t be a musician, mathematician, or a great scientist. I have realized this, but there are a lot of millionaires going around these days. I am trading stocks and I really would like to make a killing in this domain.