Does Anyone Know of Any Psych Forums?

I would like to chat with people familiar with the underlying concepts where the mind and brain are involved such as students at the universities etc.

Thank you so much.

I was lucky to find this place. You could try starting a thread on psychology…

It’s unlikely you are going to find a bunch of graduates chatting on the internet unless it’s behind some kind of pay wall or is upheld by an exclusive organization of sorts.

I do believe some are likely out there, however I have been disappointed before.

This weeks fascination for me is narcissism, and that’s because I’ve finally come to know a few and they really are something else. It’s not how they behave as they learn to behave to fit in… it’s their long term opinions most notably their capacity to immediately disregard anything that takes their focus away from themselves.

When they’re demonstrating appreciation for things… it’s all fake and actually has no impact on their core of being. They smile genuinely through all of it, but I’m guessing it’s because they are winning the game of being convincing… it has almost nothing to do with the subject matter of the context… they are still locked in a performance battle to prove themselves capable at finding viability while maintaining that the universe revolves around them.

I’ve been studying dating and women on youtube because I’m “about to embark on a voyage.” A topic that came up was that if you compare the value of women and men sexually, men are the lowest currency so to speak, and women are the higher one. For example you could go to the streets, find a mean, hater, drunk guy, he’ll be ready. You cannot find the exact same thing in the women category.

So this idea then goes on to illustrate that the women have always had this “practice of self security,” in trying to figure out what people are thinking all because they have so many incoming strikes at them for sex or because they had sex while other women shame them.

So when meeting women, I keep this major fact in mind, hehe. It’s no wonder how they handle themselves is the way it is.

So I would assume something similar is involved with the people you mentioned. They are living a life of constantly turning people down that want to share with them all kinds of things, and they don’t need that. They need to pass an enormous amount of education by a certain year, and life is short, and there are many other people that supposedly suit anyone looking to be shared with.

That is not to say that any of “them” will not anger me ever, but knowing their background better will help to spot the behavior, analyze the cause, and move on. Hehe.

Casual sex is as easy to come by as really wishing away romantic connections.

If you don’t care for romance it shows in a lot of subtle ways… and then all the girls who are dissatisfied or in between things know they can have an objective sexual experience that won’t impact them in the long run… which is what is “safe” to them.

Frankly they enjoy the drama and social ■■■■ show that crops up around them doing so… feeling the power fluctuations in social groups and aiming to level everyone out to quell the competitive boy matrix.

Winning a girl in the long run can only be through nesting… that is house, money, stature… I mean in the classical idea of providing for someone’s needs.

None of this should be interpreted as absolute.

Women are irresistibly interesting to me… I cannot know humanity without knowing women.

Like forums about the topic of psychology? I don’t know

A few folks on here are really educated on that stuff though, myself included. Neuroscience major psych minor

@anon9798425 is also quite knowledgeable and has even taught me a few new things before! And @firemonkey always keeps up to date w the latest research, love that.

I think you should read some textbooks and do some courses first. You can’t learn this stuff by Googling and watching videos on YouTube.

As college textbook prices soar, some educators are making their psychology textbooks for free online. We can help you find them.

I tried something like this when I wanted to study mathematics. It ended up being extremely cumbersome, and reading on a computer is a lot more tiring than reading a book.

I’d really urge you to buy textbooks if you can afford them, @DMAdataANDmoodanalysis. They’re worth it. I’m sure you can find some used ones that are cheaper.

Some people think reading off screens is better it’s a matter of preference. I prefer physical books myself.

Does Anyone Know of Any Psych Forums?

Yes, I certainly do.

Then are all schizophrenics narcissistic?

Sz’s are like this. Take a percentage of all of the people, every kind of person, and then “poof,” they are sz. They are the same kinds of people but with sz now. It’s like with cancer or broken legs.

I’m talking about chat forums like this but with people that study the phenomenon either as a career or as armature autodidacts.

I’m talking about chat forums like this but with people that study the phenomenon either as a career or as armature autodidacts.

Right. If you want to learn, you could try reddit.
https://www.reddit.com/r/psychology/
If you just want to talk about all of your theories, I think this forum right here is a much better fit for you. Your theories don’t really fit well with psychology or neuroscience, because you seem to make things up as you go along.

I’m certain that the hard and painstaking work of this occupation “as I go along” is as harder for me to make consistent discoveries as it is for the audience to follow point of view or even more so. No one can figure out how anyone knows anything unless they do the work themselves, and people that just take other people’s word for it are the least involved of all yet emotionally victorious and discriminating none the less like all social castes have felt in all eras of the commonly believed fallacies.

I don’t know. I have good luck with what I do, and my health is better than it ever has been. They killed Socrates for what I do, and they sure killed a lot more people than him for the same kind of definitions of what mind is. I expect nothing less.

I just think you’re being a little grandiose about all of this. I mean from reading your threads in general, not this one specificially. We’re not talking about randomly made up opinions, we’re talking about science. That’s not something you make up as you go along. You will have to learn from others if you want to succeed at science. And read textbooks. And it’s a little strange to compare yourself to Socrates.

The first thing you learn as a scientist is that nothing is concrete in science, and this has been proven again and again throughout history. Some of what Socrates said was undoubtedly debunked, but what was never debunked to this day? That is just a man like I am or you except some of the behaviors between us. Time or era is irrelevant for this comparison that you bring up for conversation. That’s what this is.

It won’t be more or less on my thread.

We are questioning behavior without any follow through on what is brought up: “seems to be made up.” I want to know what is made up, thank you. Anyone else too. Be generous.

When I post, and doubters don’t quote me to address my statements, I wonder how that is working for anyone. It doesn’t work for them nor me. My personal opinion is that it is asocial, and it is not adding to the coffee and keyboard motif. 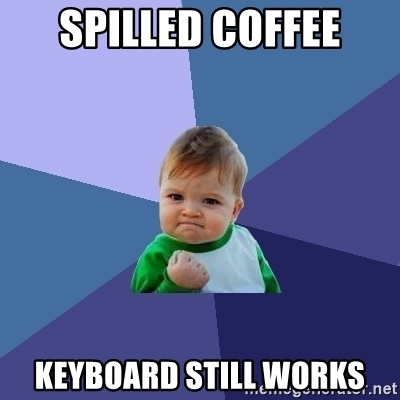 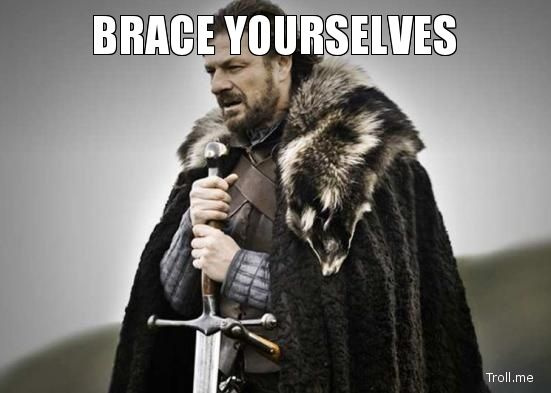