Do you believe in Aliens?

So if your pdoc asks if you believe in aliens and you say 'the probability of life existing on this planet and only this planet of countless worlds in the universe" and they start taking lots of notes, why did they ask the question and what are thy most likely writing?

I believe there are life forms on other planets. There’s galaxies with billions of Suns…it would be foolish to think otherwise.

Doctors usually ask questions to see if your thinking is predictable or symptomatic. It’s a bit of an art that of psychiatry. Usually I talk about cricket with mine. He sees if I’m being rational or my thinking is off. It’s not the easiest of things but your doctor will get an idea about your thinking from questions.

and they start taking lots of notes

On The Subject of Aliens. During The Testing Examination. Your Answers Will Be Within The Sphere Focus of Karma, or Perhaps Probability. It’s 50/50, as of Right Now. Unless!, One Has Done Plenty of Research Within “official” Government, Classified, Declassified Information. It is Secure Yes. Some of That Research Seems Plausible Yes. But!, What’s it’s Purpose. Kinda Like The Olde Radio Broadcast, ‘War of The Worlds’. (If I Got The Title Right). But!, The Main Question isn’t Much on ‘Is There Life Out There’, Or ‘I Want to Believe’. More So…, What Would Be The Instant Reaction of Popular Culture After ‘The Wizard of Oz’ Curtain is Unveiled. Fact Remains, The Society, Civilization, And Culture We as a Nation Have Been Wandering Within. Is Reaching a Fate of Misery. That is!, if We Don’t Do Our Best to Reset Our Main Goal And Focus For Our Future. Brother’s & Sisters Perhaps. And Such And So On.

Do I Believe in Aliens?.

The Answer is Yes.

Why yes I believe in aliens.

Who knows what they write down in their notes. I haven’t even broached the subject of my beliefs or “delusions” with my therapist. I don’t think she is ready for that. (Correction; I’m not ready to divulge) She’d probably tell me I need to up my meds.

Do they exist? Sure. Have they ever been here? Almost definitely not. You’d have to bend or break the rules of physics to make a journey that far without aging to death on the way. They’d also breathe a totally different atmosphere and their bones would be used to different gravity, making this planet uninhabitable to them. 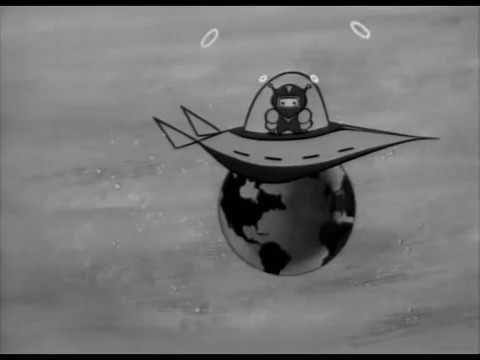 They are going to launch a telescope several times more powerful than the Hubble telescope much farther out into space than the Hubble. It is called the “James Webb Telescope”, and it might see signs of other advanced civilizations in the universe.

Yup. We got a few here. Elon Musk is one of them lol.

I believe in aliens. I often think theyre here hiding in human skin suits amongst us. Just look at the men in black sightings list and all the other abnormal stuff that has been reported through history.

However about the doc writing, id say hes looking for unusual beliefs that are no nos in society. Ive learned to stop talking to the doc about anything too out there for normal people.

I don’t really believe in extraterrestrial aliens but I do believe in Alien, one of the two spirits in my head. He’s not an alien, it’s just his name.

My Friend On My Shoulder’s Name is Blubird. She is Very Kind… . …

Unfortunately not, but i miss them.

I only believe what I see. Until I see Aliens in real life I won’t believe it.

One of my psychiatrists showed me what he wrote. Also you can guess what they’re writing. When I told him that I am Jesus well he wrote that and diagnosed me with schizophrenia.

Sorry guys, but this is a taboo subject here. It can trigger some of our members with delusions.

The rules and guidelines can be found here