Could a psychotic episode cause PTSD?

could a psychotic episode cause PTSD?

Am not quite sure what the definition of PTSD is but my first episode of acute psychosis damaged me permanently.

Does seeing your 77 year old mother-in-law in a bikini on vacation count as a catalyst for PTSD?

“PTSD as a result of psychosis”
“Researchers think some people may develop PTSD as a result of experiencing psychosis. The hallucinations and delusions that are symptoms of psychosis can be terrifying, and lead people to feel intensely frightened, horrified and helpless. People who experience distressing persecutory delusions – when they believe others are trying to harm them in some way – may believe their life is threatened.”

Yes. I have PTSD because of what happened to me when I had my psychotic break. I thought I was dying and going to hell. I still get rattled very easily by loud sounds and noises because my mind still relates them to what I went through hearing them during my psychotic break. Been 8+ years and I still struggle even though I know it’s nothing. It was all very traumatizing.

I don’t know if it was the sexual abuse or the first psychotic break but both have damaged my mind. I have been given the label of PTSD.

Well…I might have already had PTSD to start with. After psychoses and psychiatric treatment I definitely had PTSD. I thought I was dying and going to hell too, thought the ward actually was hell, the nurses were demons and thought they would torture and poison me to destroy my soul. I still have nightmares and flashbacks and ruminations about those things often. I can’t see why someone would not be traumatized by delusions like that…for me they were real and often still are coming back.

In all seriousness, I suppose if the event in question was traumatizing.

could a psychotic episode cause PTSD?

Any stressor that is sufficiently intense and lasts long enough can do damage to the nerve chains that lead from the insula through the amygdala to the hypothalamic-pituitary-adrenal axis (HPA, see below). If the HPA is subjected to allostatic load (see below) long enough, the autonomic nervous system (ANS, see below) will slip into increasing “tilt” toward sympathetic branch “dieseling” (see below) and be increasingly unable to rebalance itself via the activity of the ANS’s parasympathetic branch. And the patient will begin to display the symptoms of PTSD. The hypothalamic–pituitary–adrenal axis (HPA axis or HTPA axis) is a complex set of direct influences and feedback interactions among three components: the hypothalamus, the pituitary gland (a pea-shaped structure located below the thalamus), and the adrenal (also called "suprarenal") glands (small, conical organs on top of the kidneys). These organs and their interactions constitute the HPA axis, a major neuroendocrine system that controls reactions to stress and regulates many body processes, ... 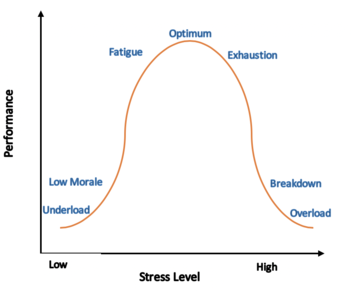 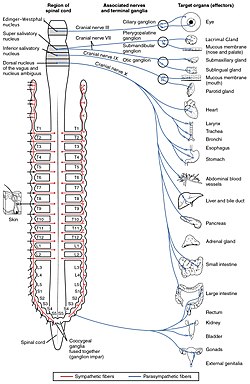 Dieseling or engine run-on is a condition that can occur in spark-plug-ignited, gasoline powered internal combustion engines, whereby the engine keeps running for a short period after being turned off, drawing fuel through the carburetor, into the engine and igniting it without a spark. Dieseling is so named because it is similar in effect to how diesel engines operate: by firing without a spark. The ignition source of a diesel engine is the heat generated by the compression of the air in the cy...

Anti-psychotics are used to help stop the dieseling, and as a result, help the ANS to rebalance, and as a result, to reduce the symptoms of PTSD. The cognitive-behavioral, mindfulness-based and somatic psychotherapies help the patient to prevent “thinking himself back into” allostatic loading.

Get two or more of those “down,” and one can use the skills therefrom in this way to combat delusional thinking and emotional reactivity that causes allostatic loading very quickly: 10 StEP – Pair A Docks: The 10 StEPs of Emotion Processing

ABSOLUTELY! Mental care usually just tries to shut someone up, not really EVER want to do therapy to discuss WHY you are memory blocking some stuff. Look up selective amnesia too…If you have 1 topic amnesia and functioning 100% for long time, you are around wrong people. If all the blocked memories are about same group of people, can be sex abuse situation and these will harass you LONG time to entertain themselves. You need to quit talking to anyone from this group, without any confrontational stuff…May be stalked and just say ‘we are good’ and avoid speaking any more…Do not talk aloud to self and do not follow orders, voices may stop in couple years but may have to listen to some threatening stuff.

Other problem: Mental care that calls this ‘false memory’ may get you harmed. Tells you memories are fake and tells you to go back to people who are topic of lost memories. This got some girls raped, called crazy to discredit them, mental care refuses to allow charges to be pressed and woman is harassed bad in her community for long time. It is REALLY good idea to change care if you run into this kind of mental care provider as they will insist on therapy and if you show any negativity about anything you can have a ton of strangers start to verbally harass you (thought broadcaster is name) you may lose job or something else important. NEVER get angry with mental care or you will be locked up for psych hold at your own expense for as long as DR can justify, arrested in front of work/home too…Just change Docs after you check out more care providers.

My PTSD which was case of selective amnesia ran memory flashbacks for 10 years, bragging by woman I met who was introducing her sex abuser around to get him someone else to handle it. She scared us silly but memories were lost until all returned at last and caused nervous due to bad mental care here if you have health insurance…The bragging & threats of hurting others played back for me over next years as same things happened to me…No restraining orders are available here, this is just like 30 year community scam with bad cops hidden by govt.

Selective amnesia is most common amongst people living alone btw. You may find best recovery if you move where you know some people…Some of these scams have so many victims in original locations, bad mental care policies and terrible cops/politicans covering, will be misery remaining local.

If you run into situations later where you see someone telling you two things and contradicting themselves or bragging about something illegal, you can have new PTSD memories laid down and lost to scam you or mess with you. If you see anyone contradicting themselves, you are about to get hurt so get lost. If you leave quietly, sometimes you can avoid getting screwed or harmed…

A few lost memories may just be someone playing with your head a bit…If it turns out to be pretty extensive case of lost memories, follow suggestions I made. I remained in life/death jobs and self supported during this & okay enough to be okay so outcome can be just fine…

Forgot, some of the veterans who returned from Middle East and went back to Phoenix are having flashbacks timed with the crazy neighbor’s loud noise…COULD BE WORSE. You were not blown in two and screwed with, some employers even calling these victims nuts. COLD & SICK IN HOT WEATHER LAND!

Keep calm. Keep head on. Just entertain yourself until you feel better, concentrate enough and try working if you want. SSI needs to talk to case manager so you don’t lose Medicaid. SSDI can be okay working earning under $700 a month until you want to consider FT work…

They just sent me a letter about the ticket to work program and it says I can work and not lose any SS payments.