I noticed a lot of people on here use e-cigs. Before I quit smoking I used them too even though I heard for the longest time they contain carcinogens. Nobody knows the long term effects of vaping but they do cause cancer. I just wanted to share this article to inform people who may not be aware. It seems to be a common trend of thought that vaping is safer than smoking.

Good news for vapers who aren’t keen on sucking back a chemical widely used in embalming fluid: e-cigarettes don’t appear to emit as much formaldehyde as previously thought, and tend to emit levels much lower than cigarettes, according to a study published this week in Regulatory Toxicology and Pharmacology.

Good news for vapers who aren’t keen on sucking back a chemical widely used in embalming fluid: e-cigarettes don't appear to emit as much formaldehyde as p

@everhopeful is there truth to the idea that vaping was designed to be absorbed through the mouth and not through the lungs??? And you only have to suck it into your mouth. I heard this in AA. Of course I prefer putting it in my lungs but this is what I heard??

Your original article is from 2014 and has been generally refuted since.

Nope. No truth to that. Everybody inhales into their lungs.

There will always be attempts of refuting and discouraging it but I know the real truths!

Yeah people in AA can be full of ■■■■ about a lot of things sometimes… Alcoholics aren’t always stupid, but they’re not always smart either…

Maybe they were meaning those Nicolette inhalators. They are designed to be absorbed through the mouth not the lungs. 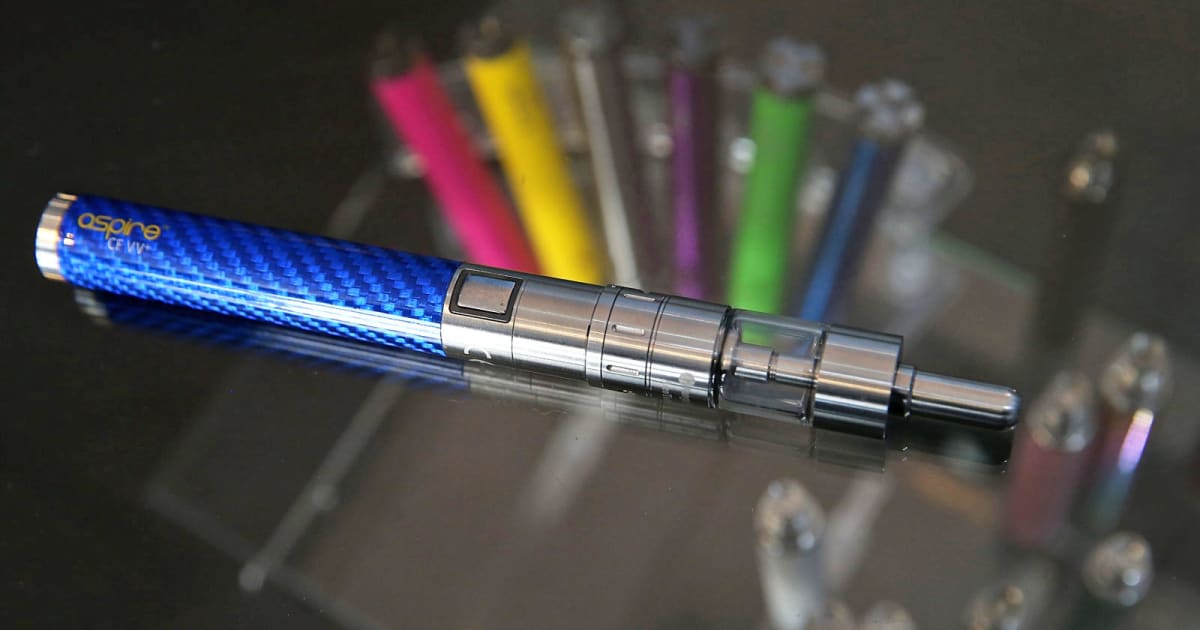 Vaping is definitely toxic, but some puffs are worse than others.

Here’s a newer article. Unfortunately the liquids used contain carcinogens which are chemicals that cause cancer. It’s your choice to use it. I just wanted people to be informed. I chose to smoke for years even after watching my Grandmother die of lung cancer. We all are adults here I just think people should be informed.

Here’s a discussion about that study if anybody is interested.

E-cig juice has chemicals. Studies have found inflamation in the lungs of users, also behavioural changes and changes in the frontal lobe of the brain, when tested on rats. The males were more susceptible to these changes than the females.
One can vape safely, if they are willing to make their own safe liquids.
I have made a pretty good one out of 10mg of Pure, Organic Vegetable Glycerine and 3mg of Organic Vanilla Extract.
I don’t vape much, anymore.

I can’t get the hang of e-cigs at all. Driving me mental what I’m doing wrong. Just not enjoying it at all.

For me it just wasn’t the same as smoking. I forced myself to use one because they were cheaper than cigarettes and they helped me smoke less. My eyes were really opened when I talked to my mom’s pulmonologist at a research hospital. She felt uncomfortable with me using the e-cig outside and coming in around my mom. An e-cig is no safer than a cigarette according to a research physician. I quit smoking July 26th of this year. Once I finished the patch I haven’t had nicotine since then. Somebody on this site made me think my cognition, negative symptoms, and sz symptoms would get worse without nicotine. It’s not true. I have more energy, more money, and am not in bondage to a drug I don’t need. Like I said though we’re all adults we can make our own decisions.

Ecigs are 95% safer than cigarettes

Vaping got me off cigarettes, and it did so relatively easily. I vaped for 2 years, then quit that too. Just like that. I said to myself that I wasn’t going to keep spending the money, and I gave up the e-cig the first attempt. I quit the first try, and it was totally painless. Now I’m free of nicotine in totality. Vaping should be considered first-line treatment for cigarettes, IMO.