Cannabidiol, or CBD, affects the brain in a way that makes it treatment option for schizophrenia

More good news on CBD out of Canada - lets hope that GW PHarma is successful in their trials for this new CBD-based medication that is in testing. Unfortunately - CBD oil has been banned by the FDA in the USA, and even then it was far too expensive to take in therapeutic quantities (something like $300 / day for CBD at the level used in research).

Western University researchers have discovered that a chemical found in marijuana may be an effective treatment for schizophrenia by reducing psychiatric symptoms without the side effects of traditional medication.

The study shows cannabidiol, or CBD, affects the brain in a way that makes it treatment option for schizophrenia.

Paradoxially, this research comes just months after the same lab found that adolescent exposure to THC - the other major compound found in marijuana - may lead to the onset of schizophrenia in adulthood.
"The remarkable thing we were able to show with CBD, which actually acts as an atagonist to THC, is that it can actually shut down and regulate the dopamine system, normalize the dopamine activity, which is what we would expect to have in any sort of treatment to be effective in treating schizophrenia related symptoms,” says Western researcher Steven Laviolette.

Laviolette and his team, led by postdoctoral researcher Justine Renaud, were able to show how CBD could be sued to alleviate schizophrenia-related symptoms. 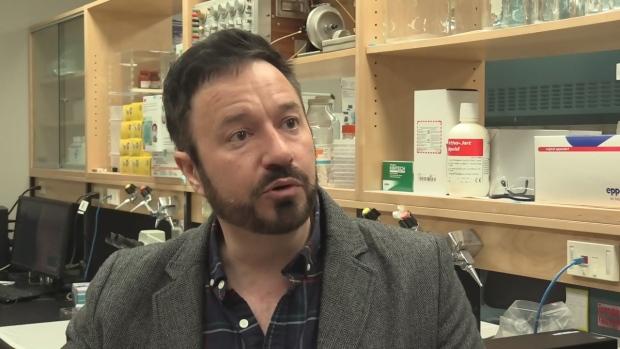 Western University researchers have discovered that a chemical found in marijuana may be an effective treatment for schizophrenia by reducing psychiatric symptoms without the side effects of traditional medication.

Related Research by this research group:

GW pharma are reporting financial results on the 5th of may. They might have other news or updates then too.

Just curious do you think Crispr could be used to remove THC from the plant so we could just smoke it?

Not in the quantities needed to have an effect. (smoking it)

I would love to try cbd at 400 mg, the therapeutic dose. If this works for me I will soully love cannabis. But I have tried cbd before in small quantities, about 50mg I tried but the dose was too small and 400mg is too expensive. Thc makes me real paranoid so they must take out all the Thc. I really hope it works. Actually when I as on abilify I could handle Thc and was actually addicted to weed for 3 years, I couldn’t live without weed. I did lose hope in cbd because I haven’t heard any good news on it for about a year now. But this sounds promising and my love for marijuana might be re-sparking.

so we could just smoke it?

I kind of like having working lungs. Smoking anything to excess will provide the opposite of that.

Yeh apparently eating cannabis is a lot stronger so oral administration of cbd is likely to be more effective.