Which character do you resemble in the movie ''One flew over the Cuckcoos nest''?

I’d say I resemble Mr. Mc Murphy…Which character are you like…?

Are you sure you didn’t mean Martini?

yeah i am better looking than mc murphy, and i have more charisma than him too

Nurse Rachet was a b word

Are you sure you don’t have more in common with this guy, Martini, 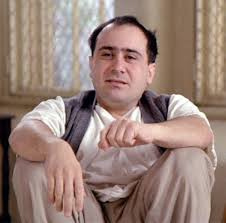 who do u resemble?

I don’t really identify with anyone in the book.

Although I super enjoyed it and the movie.

Nurse Ratched was my favorite character.

She won an Oscar for her portrayal. 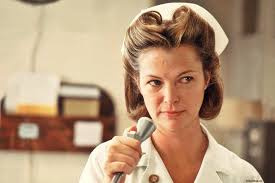 That’s not Danny DeVito is it?

He did a great job in the film.

IMO I hated her big time, she was a super bi.tch totally unfair in the movie

That’s what made her such a good character.

She was the villain.

nope…she tryed to play boss, one man punched the ground because she blackmailed him…she was wrong many times in the movie

I’m not saying she was a good person,

She was a good character.

she was a snotty arse bit.ch throughout the movie…A lofty yoke

i never liked McMurphy much, but i really identified with the tall, heavy built “Chief” - the indian guy.