What are your favorite quotes?

Mine are: stupidity is doing the same thing over and over, expecting different results each time.

If God hands you lemons, buy some vodka and have a party!

I don’t understand this nick. Are you gay?

I used to say the original quote to certain angry male voices, it seemed to ■■■■ with their frail sense of identity.

No. You mean you’ve never heard that saying before?

If the fool would persist in his folly, he would become wise.

If God hands you lemons, buy some vodka and have a party!

put me in the mood for a cola lol

i think i could make a nice quote…

what do you think?

I couldnt think of a quote so made one up lol

My favourite quote of all time is…

"Everyone is born with a gift, and there would be one less colour in the Rainbow without you" 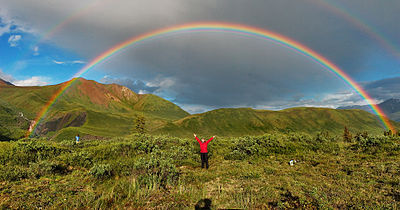 (Of course I just quoted myself. When ya got it, wear it like a tattoo!)

That kind of sums up how my last date went.

idk why but it makes me think of the late great Stephen Hawkings, idk if this is a good thing or a bad thing lol

“If I were not a physicist, I would probably be a musician. I often think in music. I live my daydreams in music. I see my life in terms of music.” ― Albert Einstein
“Music is a language that doesn’t speak in particular words. It speaks in emotions, and if it’s in the bones, it’s in the bones.” ― Keith Richards
“Without music, life would be a mistake” ― Friedrich Nietzsche
“The only truth is music.” ― Jack Kerouac
“Where words fail, music speaks.” ― Hans Christian Andersen
“Music expresses that which cannot be said and on which it is impossible to be silent.” ― Victor Hugo
“A painter paints pictures on canvas. But musicians paint their pictures on silence.” ― Leopold Stokowski
“Music . . . can name the unnameable and communicate the unknowable.” ― Leonard Bernstein
“I like beautiful melodies telling me terrible things.” ― Tom Waits
“The music is not in the notes, but in the silence between.” ― Wolfgang Amadeus Mozart

“Insanity is doing the same thing over and over, expecting different results each time.”

My favorite quote is

You have emotions. They don’t have you.

It reminds me that I am still in control of my own reactions.

quote by… you guys suck

a wise man will teach, a foolish man will act